Brexit, the environment and the ‘Three Ds’: Depoliticisation, dismantling and devolution 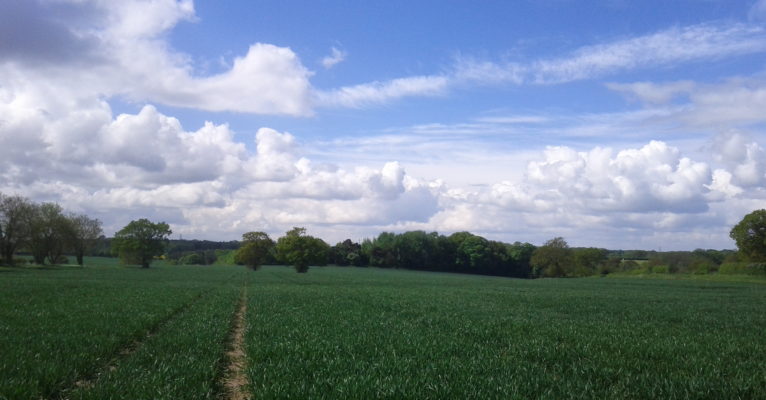 One of the notable aspects of the environment has been its relatively low salience during the referendum campaign and in the aftermath. Whilst it’s true we have seen a range of enquiries in the House of Commons, Lords and National Assembly for Wales post referendum, Theresa May made no reference to it in her recent speech on Brexit. Broadly speaking Prime Minister May appears uninterested in the climate change or the wider environmental agenda. This relative lack of interest maybe a function of the depoliticisation of the environment – it is seen as a ‘low politics’ issue. EU environmental regulations were designed to enable the single European market to function effectively. Some of those policies have been the site of conflict in the past – bathing water in the early 1990s for example – but we have since then seen considerable investment and they are now relatively stable. There has been an acceptance by policy-makers that environmental problems require transboundary solutions and an acceptance of the drive to adopt higher standards.

One possible outcome of Brexit is a re-politicisation of the environment via attempted dismantling (and resistance to it) and devolution.

There have been consistent calls for the deregulation of environmental laws, particularly around climate change but also covering nature policies from both the front and back benches of the Conservative Party. These calls for policy dismantling had focused upon EU directives prior to the referendum and Brexit has increased concern that environmental policy is at risk of being weakened. Therese Coffey raised the prospect of weaker air quality targets and a roll back of nitrates directive in her recent evidence to the House of Lords. However, in the short to medium term wide-scale dismantling seems unlikely and over the longer term we are probably more likely to see stagnation.

The planned Great Repeal Bill, (if and when adopted) will maintain the EU acquis in place once the European Communities Act no longer applies. Environmental policies may be reviewed, although the timeframe remains uncertain, following which laws may be revised or removed, or left to wither on the vine. The Department for Environment Food and Rural Affairs has seen its staff cut in recent years, which has significantly reduced its administrative capacity and therefore diminished its ability to review, maintain and implement policy.

This capacity deficit is likely to be exacerbated post-Brexit as the UK will be no longer be able to benefit from shared expertise or access to EU agencies. Moreover, the EU regulatory system provides for regular policy updates, reporting, implementation and enforcement. The UK government can be held to account if it fails to deliver upon its regulatory commitment as we have seen with the recent Client Earth cases taken against the government for failing to implement EU ambient air quality targets. It remains unclear if, how and when these regulatory checks and balances will be replicated domestically post-Brexit. Hence, it is possible that we may see legislation maintained on paper but with no meaningful implementation or governance infrastructure to support it – so-called zombie legislation.

However, it is important to note that the future of UK environmental policy is only partly in our hands – we still have to negotiate an exit deal with our EU partners. An important question then concerns the extent to which the UK will be obliged to maintain standards and regulations to access the Single European Market. What position will be taken by EU negotiators on what counts as a trade-related environmental measure and what does not and which environmental policies will the EU want to see maintained in the UK? It is unlikely that the EU will find it desirable from either an environmental or an economic perspective to have an offshore pollution haven on its borders. So if we do end up with Theresa May’s ideal Free Trade Agreement outside of the EU’s Single Market and Customs Union, what environmental conditions are likely to be attached?

Members of the Scottish and Welsh Administrations raised a number of questions about how UK environmental policy will be coordinated in future, what the minimum standards will be and crucially how those standards will be decided. There is a good deal of uncertainty about: what kind of model for intra-UK environmental governance will be adopted; the implications for different policy sectors (e.g. where water courses are shared across boundaries, where waste is traded); how diverging preferences can be resolved; and whether there are sufficient capacity and resources for developing policy at the sub-national level. Scottish First Minister Sturgeon has stated that she wants Scotland to remain part of the Single Market, which would entail Scotland remaining bound by the environmental acquis, but it is unclear how this would work in practice. Will the EU acquis provide a minimum framework for the UK as a whole or just the devolved states? How much freedom will the different seats of policy-making power have in relation to EU and international policy commitments? Any attempt to impose a central solution from Westminster runs counter to the Devolution Agreements and has already led to political controversy. These issues will have particular significance in Northern Ireland, which will be the only devolved nation sharing a land border with an EU state.

Environmental policy provides a possible lever for securing more power for the devolved regions and there is certainly scope for innovation and higher standards. But without the adoption of minimum standards for policies there may be a race to the bottom within the UK. The Environmental Audit Committee has called for an Environmental Protection Act – what will it say about the devolved regions? There is also increasing scope for policy innovation from the UK’s cities – which may become a site for policy innovation. Devolution provides a vehicle for re-politicisation of the environment and potentially higher standards. Time to lift our eyes away from the Westminster bubble as the devolved nations, regions and cities are becoming increasingly important environmental policy actors.

There is scope for the environment to be re-politicised as an issue area as a wider range of actors get involved. The Environmental Protection Act is a potential site for activity. However, whilst diminished capacity at both national and sub-national level may limit the scope for dismantling it may also limit the scope for innovation – raising the prospect of environmental policy stagnation. Politicising the issue via campaigning may help to address the risk of stagnation but in a post-truth world of ‘alternative’ facts it may also increase debates around the desirability of progressive environmental policy.