The so-called ‘level playing field’ has emerged as a make – or – break issue in the trade negotiations between the European Union (EU) and the UK.

In this research paper commissioned by the Friends of the Earth, Prof. Andrew Jordan, Dr Viviane Gravey, Dr Brendan Moore and Prof. Colin Reid explore how a playing field in international trade might or might not be considered ‘level’, and explain why the environment is perceived to be especially important in EU-UK trade negotiations. The paper explains why and how the EU has created a regulatory level playing field in environmental policy matters over the last 50 years and how the resulting harmonisation between the UK and EU could be disrupted if one side decides to raise its existing standards (policy progression) and/or reduce them (policy regression) after Brexit. Drawing on environmental policy examples, the authors consider four ways policy regression could happen, including ‘deregulation’, ‘by default, ‘symbolic’ and ‘arena-shifting’. But regression is not inevitable; the report identifies several positive strategies that the UK government could implement within and outside of any EU-UK framework agreement. 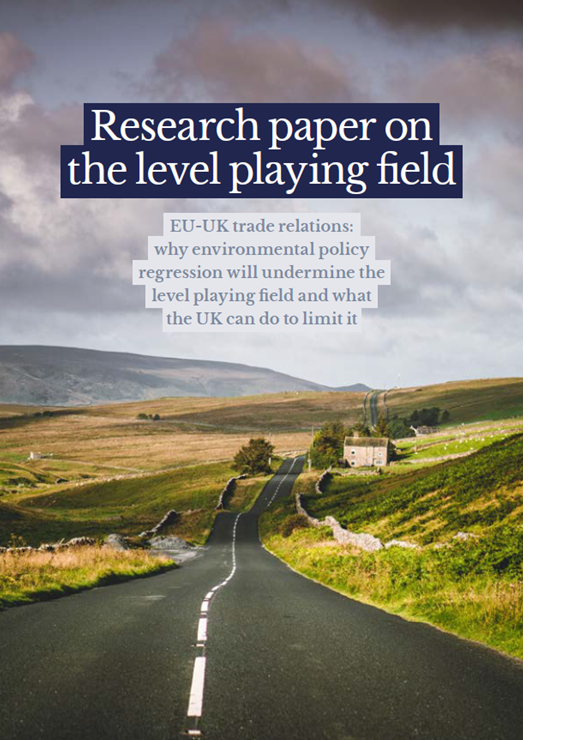 Regression by default? An analysis of review and revision clauses in retained EU environmental law (May 2020)

An important question arose on 31 January 2020 when the UK formally left the EU: how will the laws retained from the EU be updated so that they remain effective? This new report by Andy Jordan and Brendan Moore examines how the UK Government plans to modify EU environmental laws as it transfers them to the UK statute book as ‘retained EU law’. It focuses on the technical provisions in EU laws that require regular review and revision of existing legislation, finding that in over two-thirds of the environmental laws examined, the relevant clauses have been removed via statutory instrument. These changes risk producing a back-door form of regression that disrupts the level playing field.

As the UK prepares to leave the EU, the future of agriculture is high on the political agenda. Since the EU Referendum result, the UK Government has repeatedly promised a ‘Green Brexit’ in food and farming, whereby the UK would learn from the mistakes of the EU Common Agricultural Policy and replace it with policies putting the ‘environment first’.

But what would this mean in practice, and are current developments going in the right direction? In this report, commissioned by the Soil Association, Dr Ludivine Petetin, Dr Viviane Gravey and Dr Brendan Moore aim to set the bar for a Green Brexit in food and farming based on new research and case studies of innovative agricultural policies and practices across Europe. 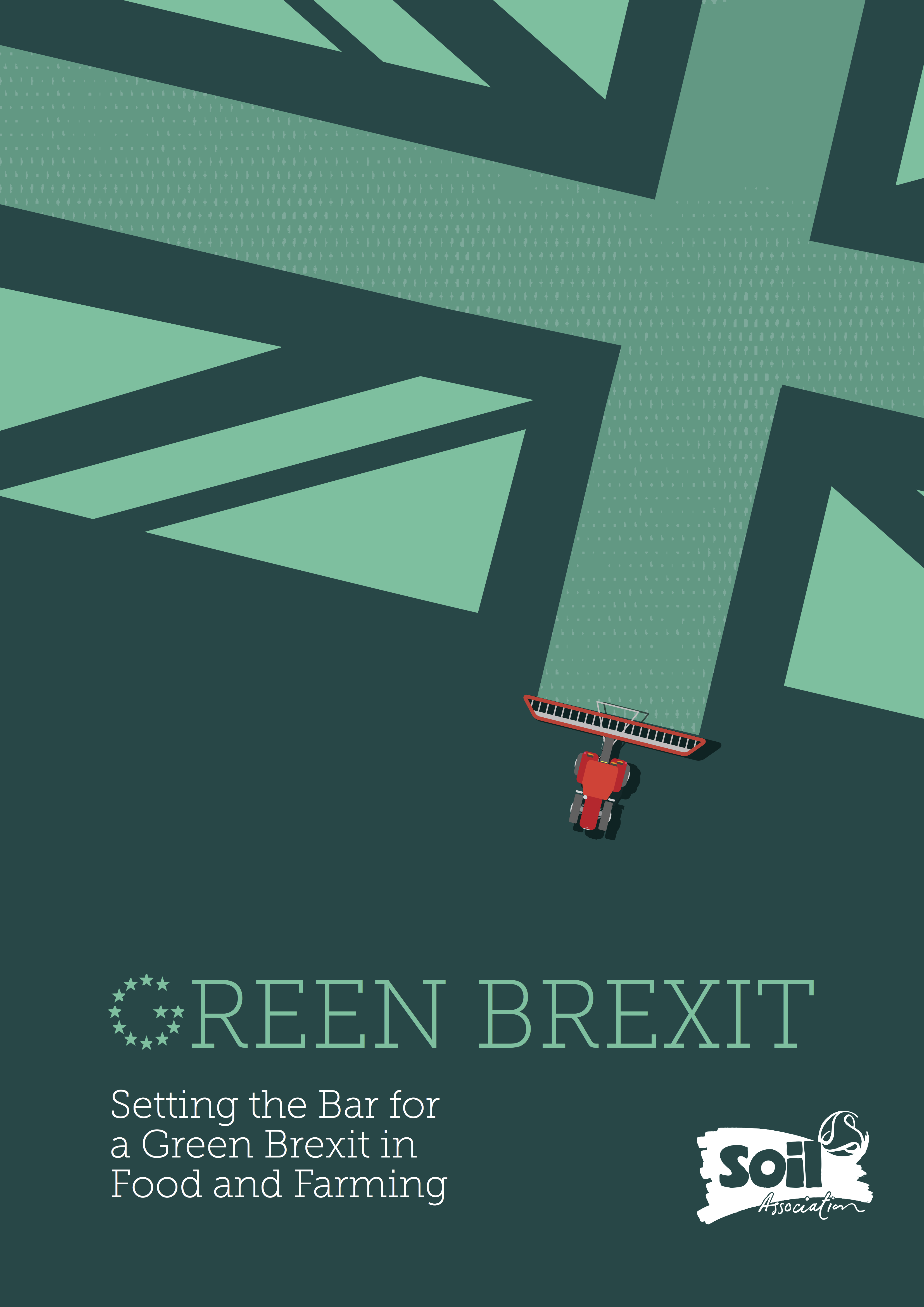 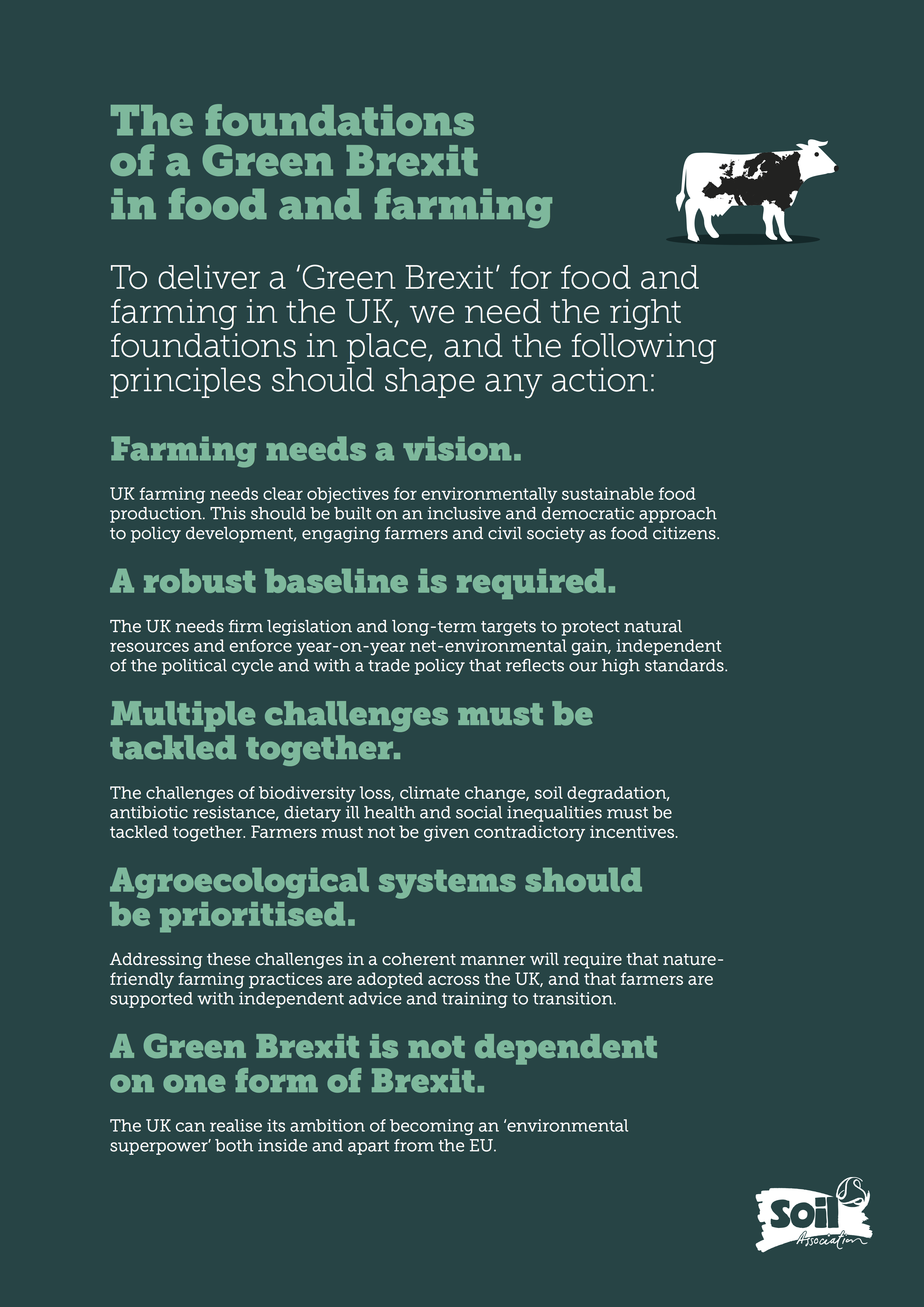 Environmental policy in a devolved United Kingdom: Challenges and opportunities after Brexit (October 2018)

Brexit presents both opportunities and challenges for environmental governance in the UK and the devolved nations. In this series of four reports, Brexit and Environment takes an in-depth look at these issues and provides policy recommendations for effective post-Brexit environmental policy. Read the full synthesis report here (pdf). 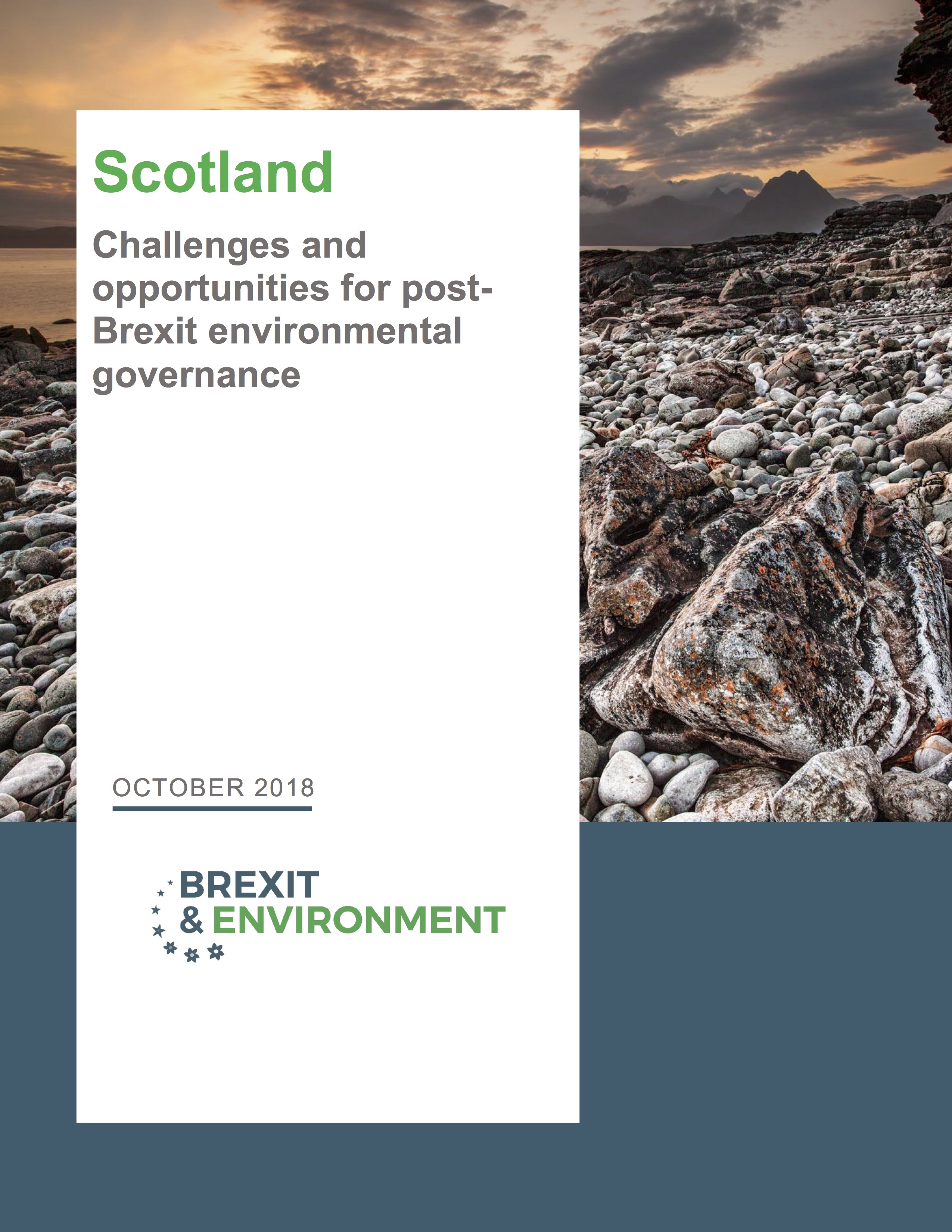 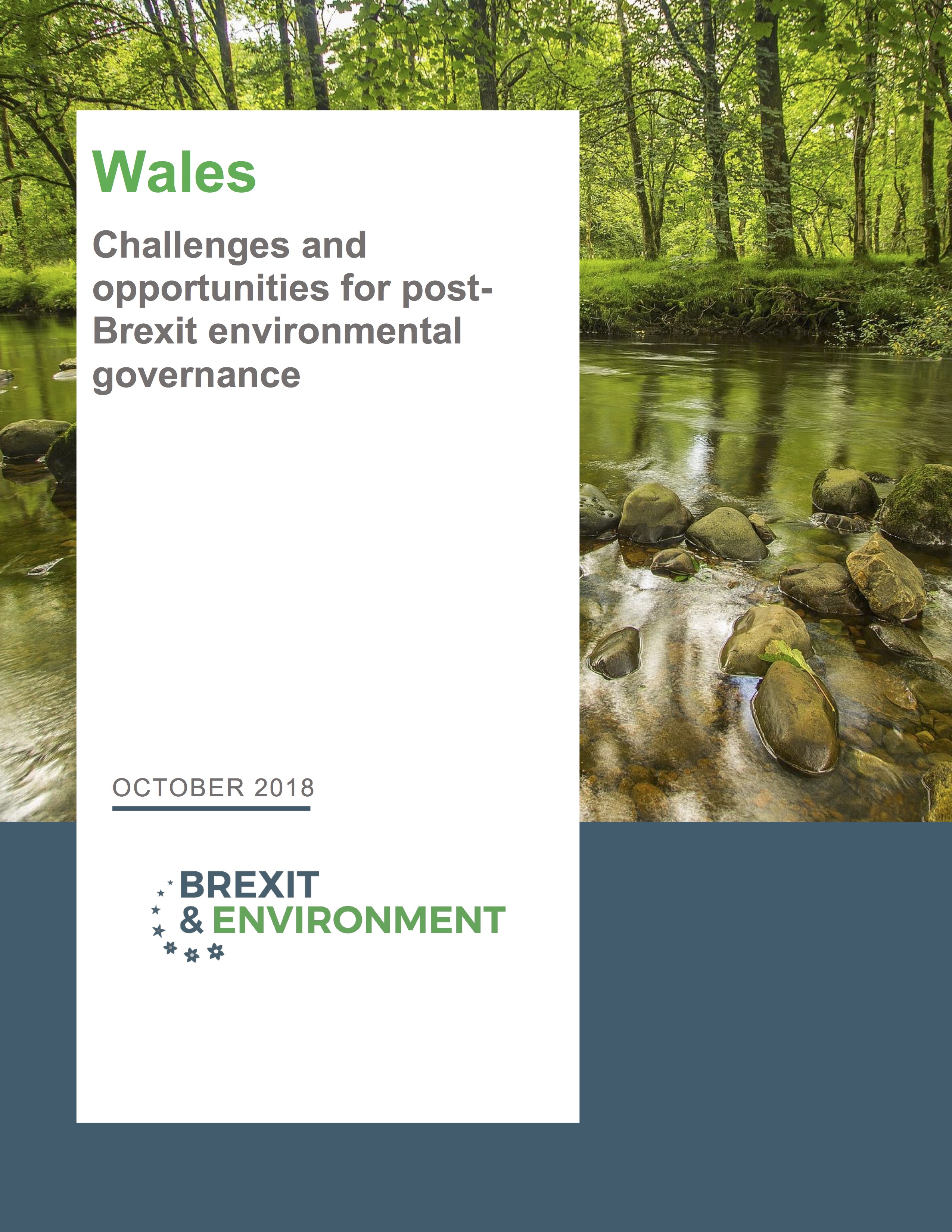 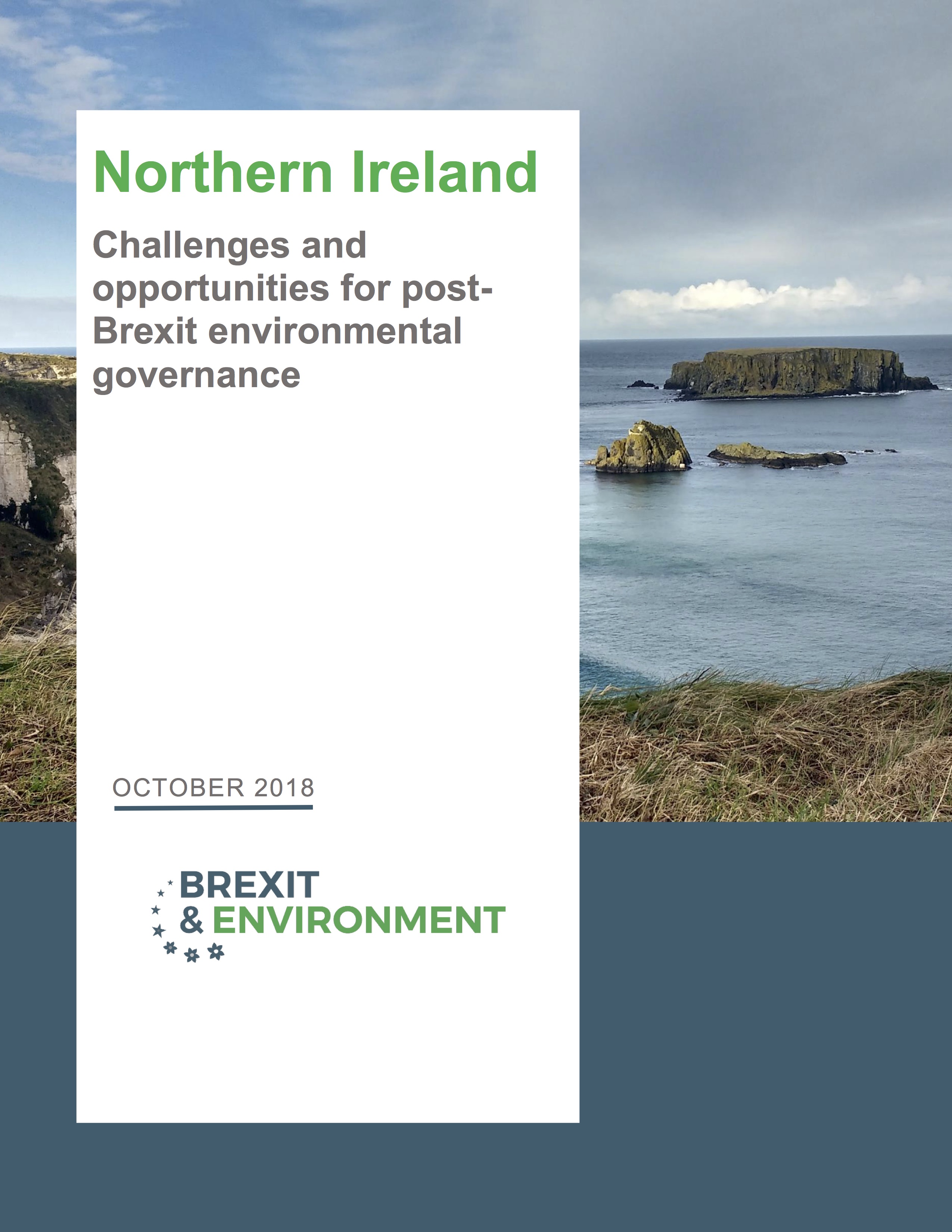 The future of environmental governance in Northern Ireland (July 2018)

On 23 July, Dr Viviane Gravey & Dr Mary Dobbs (Queen’s University Belfast) organised a workshop in Belfast on the Future of Environmental Governance in Northern Ireland, in partnership with Nature Matters NI. Organised to foster discussions on the DEFRA consultation on an environmental watchdog, the workshop brough together 50+ stakeholders from a variety of sectors to discuss common frameworks, cross-border issues, environmental principles and accountability and enforcement.

The workshop was informed by a policy paper, co-authored with Dr Ciara Brennan (Newcastle University) and Attracta Uì Bhroin (Environment Law Implementation Group at the Irish Environmental Network), which was updated after the event. For an account of discussions at the workshop, you can also read the workshop report and the subsequent contribution to the DEFRA inquiry. 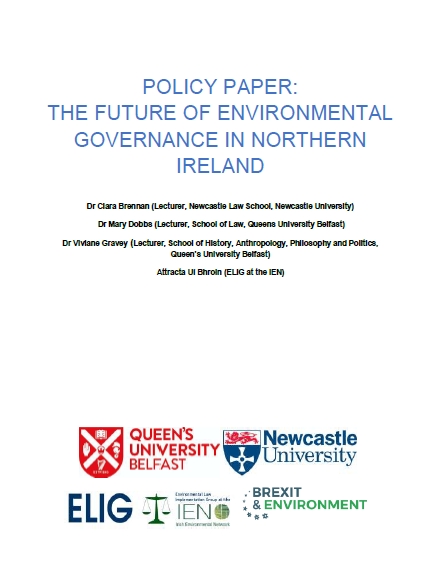 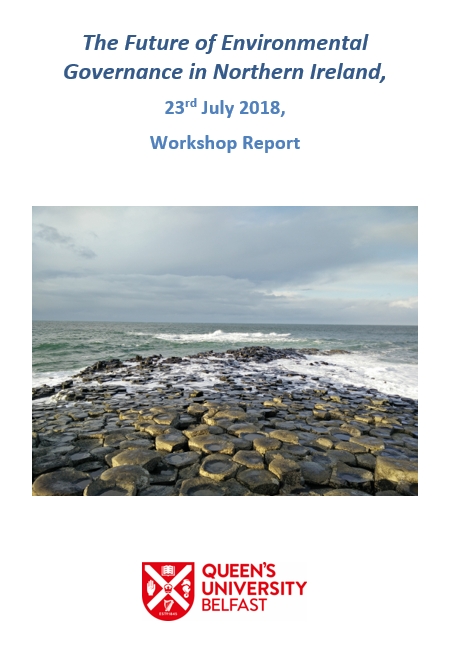 This report, authored by Profs Charlotte Burns, Andrew Jordan and Dr Viviane Gravey was commissioned by Friends of the Earth England, Wales and Northern Ireland. It reviews the risks to UK and EU environmental policies under a set of scenarios from the softest Brexit (Norwegian model) to a planned and un-planned ‘no deal’ Hard Brexit.

Our analysis suggests that in general, the Norwegian model poses the least risk to current levels of environmental protection, whereas the chaotic ‘no deal’ model poses the highest risk. We find that nature protection policies are especially vulnerable as they are at risk under all scenarios. Limits to nitrate pollution are at risk under all but the Norwegian option.

On air quality, ambient air quality standards will be at high risk under all but the Norwegian model. For tradeable products such as waste and chemicals we suggest that a chaotic no deal is a very high risk for these sectors and will have both environmental and economic consequences. 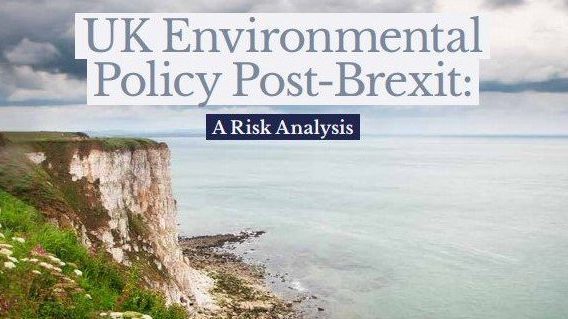 As the Brexit process unfolds there has been increased discussion of the need to reform funding for agricultural policy using a public money for public goods approach. Yet what we mean when we talk about public goods is unclear. This report reviews the use of the term public goods and argues for a new paradigm for agri-environment policy underpinned by a wider understanding of public goods, pluralist values and a payment for eco-system services approach.

The report’s authors Dr Adam Hejnowicz and Prof. Sue Hartley are based at the University of York’s Environment Sustainability Institute  (YESI) and the Centre for the Evaluation of Complexity Across the Nexus (CECAN).

As the UK begins to leave the European Union, it heralds a period of significant uncertainty for environmental governance. In few sectors are the potential impacts as profound as in waste and resources, where forty years of EU action have helped transform waste treatment in the UK from landfill-based disposal towards greater recycling and tighter environmental controls.

This report by Richard Cowell, Andrew Flynn and Nick Hacking was funded by Cardiff University. It aims at discussing potential policy pathways for the waste sector.

Find more information about their project. 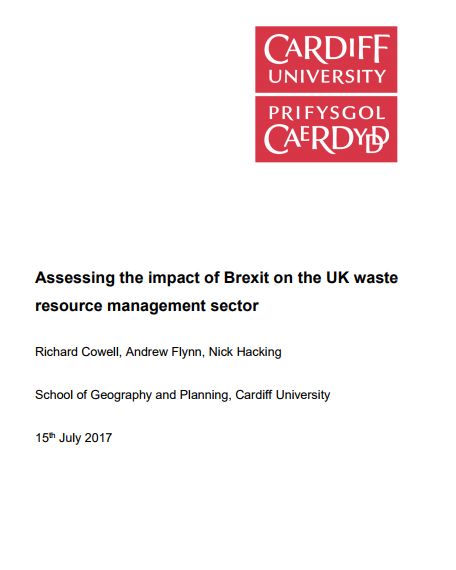 Brexit and agri-environment and fisheries in the UK: A new dawn? (July 2017)

The EU has had a profound impact upon UK agriculture and fisheries policy. Brexit will lead to considerable change in both sectors. We are launching today in London two policy briefs which bring clear, balanced and systematic academic evidence together with the views of leading practitioners on the implications of Brexit for future UK agri-environment and Fisheries.

For more information about the event 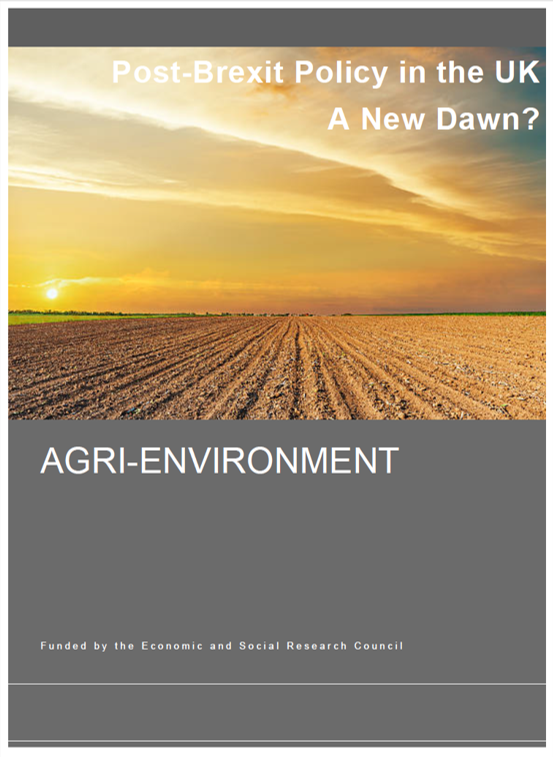 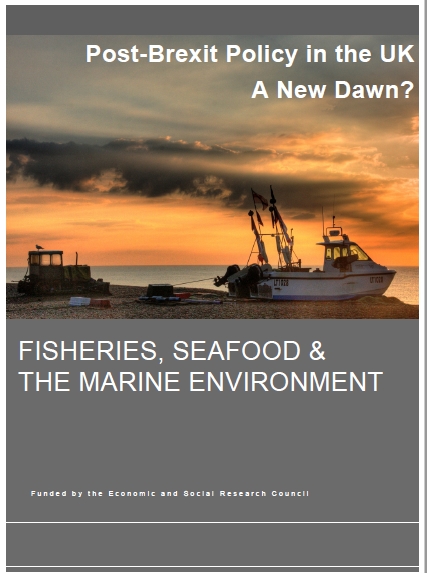 ‘Brexit means Brexit’: but what does Brexit mean for the environment? In this new study, Dr Charlotte Burns (University of York), Prof Andrew Jordan and Dr Viviane Gravey (University of East Anglia) explore what Brexit may mean for UK environmental policies and governance processes by comparing two scenarios: a ‘soft’ and a ‘hard’ Brexit. A ‘soft’ Brexit would see the UK remain as close as possible to the EU, establishing a new relationship akin to Norway’s relationship with the EU. Conversely a ‘hard’ Brexit would see the UK trade with the EU under World Trade Organisation rules. Both will generate radically different impacts on policies, systems of governance and levels of environmental quality in the UK – key issues that should inform forthcoming negotiations to effect Brexit. The study concludes with suggestions for future research and policy.

The EU referendum and the UK environment: The future under a ‘hard’ and a ‘soft’ Brexit

The EU referendum and the UK environment: An expert review

This expert review provides a detailed review of the academic evidence on how EU membership has influenced UK policies, systems of decision making and environmental quality. Containing 14 chapters and over 60,000 words, it documents how the EU has affected UK environmental policy and how, in turn, the UK has worked through the EU to shape wider, international thinking. It has been authored by 14 international experts, who have drawn on the findings of over 700 publications to offer an impartial and authoritative assessment of the evidence. 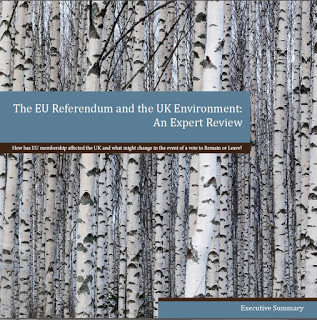 The EU referendum and the UK environment: An expert review (Executive summary) 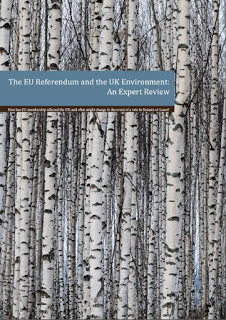 The EU referendum and the UK environment: An expert review (Full report)