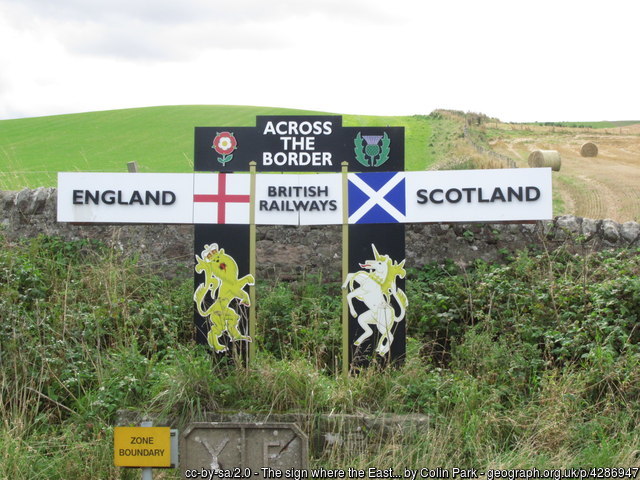 A key element in filling the post-Brexit environmental governance gap is the establishment of new environmental watchdogs that can go some way to replace the oversight provided by the EU Commission and Court.  No domestic structure, however, can possibly replicate the power and status of those legally powerful external institutions.  Both the Office for Environmental Protection (OEP) and Environmental Standards Scotland (ESS) seek to provide some independent scrutiny of the governments’ performance, but will not operate in directly parallel ways.  The provisions are structured in rather different ways and this blog can pick out only some of the differences, without giving full details, but attention to the precise wording will be important in dictating exactly what each body can do and how it goes about its tasks.

The OEP’s remit under the Environment Bill, involves more than just general oversight in that it is given two specific roles.  The first is to monitor and report on progress both towards implementing the statutory environmental improvement plans to be created under the Bill and in meeting the specific statutory targets that are set.  The second is a duty to provide Ministers with advice, when required, on proposed changes to environmental law and on other matters relating to the natural environment.  The former can be seen as part of the oversight role, but the latter might at times give rise to some conflict of interest if the OEP is involved both in advising on changes and then assessing their effectiveness.

There is no equivalent framework of general environmental improvement plans or statutory targets in Scotland and under the UK Withdrawal from the European Union (Continuity) (Scotland) Bill, ESS has no such advisory role.

Both bodies are required to produce strategies that set out how they are going to undertake their functions.  These must set out how they will respond to any complaints and representations received and how their oversight will interact with other scrutiny and appellate structures.  For both there are also issues over the extent of their jurisdiction, e.g. matters relating to the climate change targets are outwith the reach of ESS but not excluded from the OEP.

The common intention is that these new bodies should operate at a fairly high level and not get embroiled in the details of individual cases and this is reflected in different ways.  For the OEP there is a general obligation to have regard to the need to act proportionately and certain powers are restricted to serious cases.   ESS is not to exercise its powers in relation to a particular person or regulatory decision; thus it should be dealing with systemic issues, not being used as yet another route of appeal by disgruntled parties in a contentious case.

Independence is a key attribute of any official watchdog, but no arrangements under domestic law can achieve the degree of independence from the national government that the EU institutions enjoy.  The members of both the OEP and ESS will be appointed by the respective governments, but for ESS parliamentary approval must also be obtained.  The Scottish Bill also contains an express provision that ESS is not subject to the direction or control of the Scottish Government; there is no direct equivalent for the OEP, although it is required to act objectively and impartially.  In both cases, however, ministerial control over finances and terms of appointment means that the link with government is not wholly severed, so that although more is done to establish the independence of ESS it will not stand completely free from potential governmental influence.

The tasks of the OEP are framed rather differently, with a sharper divide between general monitoring and investigating non-compliance.  It has a general duty to monitor the implementation of environmental law, but this does not extend to include international obligations.  It is also responsible for investigating failures by public authorities to comply with environmental law.

Whereas in Scotland the powers to issue various notices can be used in any circumstances, for the OEP they apply only where concerns over non-compliance arise, not where issues are found in relation to the implementation of the law.  Similarly, the express provisions for the OEP’s handling of complaints cover only non-compliance, not wider concerns about the implementation of the law.

In terms of the implementation of environmental law, the OEP may report any matter to Parliament.  The Secretary of State must respond within three months, again laying this before Parliament, but no further procedure is laid down.

Whether in relation to the effectiveness of the law or compliance with it, ESS can make an improvement report in the form detailed in the Bill; the report must be sent to Ministers and laid before Parliament.  The Ministers must then respond by preparing an improvement plan which is, in turn, to be laid before Parliament and include the measures to be taken, the proposed timescale and arrangements for reviewing and reporting on progress. The Parliament has the opportunity to reject this plan and require that a revised one is prepared.

In terms of non-compliance with environmental law, the OEP can issue decision notices where it considers that an authority has failed to comply with environmental law and the failure is serious.  The notice sets out the steps to be taken in relation to the failure, to remedy or mitigate the situation or prevent recurrence.  If the notice is not complied with or similar non-compliant conduct recurs, the OEP can apply to the Upper Tribunal for an environmental review.  The Tribunal will use judicial review principles to determine if the authority has failed to comply with the law and can issue any of the remedies available in judicial review cases, other than damages.

The position in Scotland is markedly different.  In the event of failure to comply with environmental law that is causing or has caused environmental harm, or risk of this, ESS can issue a compliance notice setting out the remedial steps to be taken.  The authority has the right of appeal to the sheriff court but failure to comply with the notice can be reported to the Court of Session which can issue whatever order for enforcement it considers appropriate and treat the matter as if it were a contempt of court.  ESS thus has a much more direct enforcement power, balanced by a right of appeal (although the fact that this is to the sheriff court will re-open arguments about the haphazard allocation of appellate functions between various courts and Ministers in Scottish environmental law).

Both bodies have the power to initiate judicial reviews in serious cases  and in Scotland there is an explicit power to intervene in other civil litigation.

Plan for a Review?

Devolved competence for environmental matters, and the longer-standing differences between legal systems, mean that differences between the watchdogs are only to be expected.  Nevertheless, since all the jurisdictions were starting in the same place and faced with the same challenge, it is unfortunate that there has not been a more co-ordinated approach that ensures that there are no gaps in the oversight and that the different bodies can work well together.  And we are still waiting to see a key piece of the jigsaw, from Wales.

As both Bills continue their legislative journeys, there will inevitably be a lot of discussion about the details of these procedures and possibly even some adjustments.  Time, however, is now very short, since ideally the new arrangements should be in place for when the EU institutions lose their role at the end of 2020 (the Scottish Bill has provision for preliminary steps taken before the law is in force to be recognised as if taken under the statutory powers).

In view of where we are today, legislating in haste and along different lines, one suggestion for the future might be for the administrations (or possibly the watchdogs themselves) to agree to hold a review in a few years.  Such a review could check that this fragmented development has not left gaps or loopholes, and would allow lessons to be learned about what is needed for effective oversight in this area to ensure that the different bodies are working well together where issues are of common concern or data and expertise can be efficiently shared.  After a slow start, there is merit in filling the governance gap quickly, but what we do now need not be the last word.

2 Comments on “Watchdogs Compared – and Reviewed?: Post-Brexit environmental governance across the UK (Part 2)”