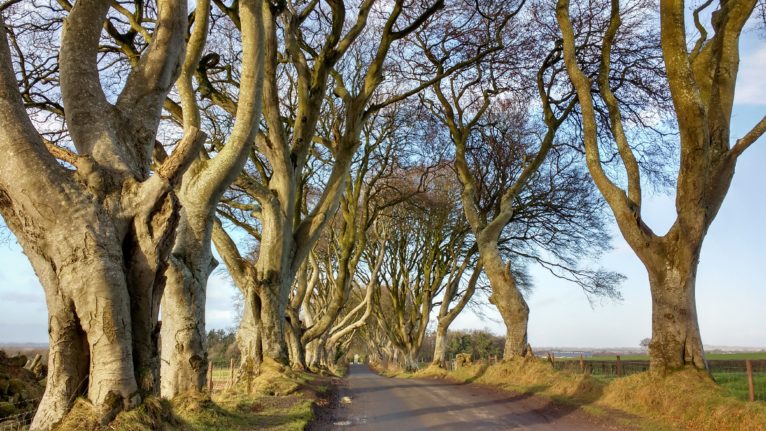 On 27 February 2019, Dr Denis McMahon, Permanent Secretary of Northern Ireland’s Department for Agriculture, Environment and Rural Affairs (DAERA) wrote to the House of Commons Environmental Audit Committee to set out DAERA’s current position vis-à-vis the Draft Environment Bill and to state that ‘it is in the public interest to ask for the Bill’s extension to Northern Ireland’. This recognises that the Northern Ireland (NI) Assembly and Executive have not sat for over two years, making even limited legislative development by NI impossible. Extending the Environment Bill to cover NI is consequently necessary to address environmental gaps arising due to Brexit.

However, this post argues that such an extension is not a silver bullet for Northern Irish environmental governance. The Environment Bill needs to be amended if it is to work effectively and legitimately there. In particular, the objectives and principles need to be strengthened, extended and tailored and the proposed enforcement body needs to be firmly embedded in the country. To this end, consideration of Northern Ireland’s unique context is essential.

While Brexit raises environmental governance challenges for all four countries which make up the UK, Northern Ireland is both less well-equipped to face shared challenges and faced with unique challenges of its own.

The UK government is currently adopting a number of Brexit-related statutory instruments for NI. As written, these will lead to further centralization of power within DAERA and the undermining of external, independent controls (as some functions previously discharged by the European Commission will now be done in-house or removed entirely). This is intensified by NI being the only administration in the UK without an independent environmental agency, with the Northern Ireland Environment Agency (NIEA) situated within DAERA.

Without external pressures, initiatives or controls, these changes risk policy stagnation and a decline in environmental standards and implementation.

Furthermore, the island of Ireland is a single biogeographic unit. As the only part of the UK sharing a land border with an EU Member State, post-Brexit environmental governance in NI will need to be able to address cross-border challenges (e.g. waste crime, invasive species) and to foster cross-border cooperation (the environment is one of six areas of North/South cooperation under the Belfast/Good Friday Agreement).

The extension of the Environment Bill to Northern Ireland raises questions about which objectives and principles should be incorporated, in what manner and to what end. Due to the state of NI’s environment and poor environmental governance history, the Bill needs to impose binding obligations in the form of a range of both objectives and principles – driving environmental protection even where political will is limited. It also needs to address the border and devolution.

Firstly, over-arching environmental objectives are required, rather than simply principles. At the very least this should cover non-regression, as called for by the Withdrawal Agreement, and a high level of environmental protection (present in the EU Treaties) or environmental improvement – attempting to address the legacy of environmentally degrading actions and ensure a green future.

Secondly, environmental objectives and principles should apply to all stages of environmental governance and be binding upon all actors. This would help drive environmental protection, facilitate accountability and partially compensate for the lack of independence of the NIEA – for example, by enabling more effective judicial controls.

Thirdly, in order to facilitate their binding nature, the objectives and principles should be defined in the Bill. There should be a clear obligation that law and policy be underpinned by them and not simply ‘have regard to’ a potential policy statement. This is especially significant in Northern Ireland, as a NI-related policy statement (which would need to be approved by a minister) might be delayed or be used to undermine the objectives and principles. Further guidance or detail could then be provided in the policy statement.

Finally, additional principles are needed to address Northern Ireland’s unique circumstances. The questions we have previously raised around extending the list of principles are even more significant when it comes to NI. This includes the obligation to avoid transboundary environmental damage, which is widely recognised as a principle of customary international law, or the Espoo Convention principles. These principles would help strengthen North/South environmental cooperation. Additionally, principles such as subsidiarity should be considered for the Bill as a whole, to help determine where common frameworks might be required and provide guidance on their creation or to help delineate between devolved and reserved matters.

Enforcement and the Office for Environmental Protection

In our engagement with local environmental stakeholders over the last two years, a common theme has been the need for local buy-in in new governance arrangements. Giving the newly created Office for Environmental Protection (OEP) jurisdiction over Northern Irish devolved environmental policy raises questions about local buy-in and the legitimacy of an institution developed for England that is made common by default. It also raises particularly sensitive questions if it is ‘an English body’ or viewed as such, with powers to take actions against NI bodies or even NI Ministers.

If Northern Ireland is to be covered by the OEP, some provision for NI expertise is required. In addition, the OEP must not be viewed as an English body. This could be achieved by a) setting up an OEP office in NI and b) devising an appointment mechanism for OEP NI members that meet Northern Irish public appointment rules.

In case of a No-Deal Brexit, Environment Secretary Michael Gove recently told the Environmental Audit Committee that 16 civil servants would form an Interim Secretariat, with several coming from DEFRA.  In such a scenario, if the interim Secretariat is to cover NI as well, a larger group of civil servants, including DAERA representation, would also be needed. The news of the appointment of Professor Richard Macrory as chair of the interim Secretariat is positive as his expertise extends to NI. His 2004 report on Reshaping Environmental Governance in Northern Ireland called for transparency and trust. Both are still very much needed today.

In conclusion, how both Defra and the UK Parliament react to this request for extension to NI is a key test. Can Westminster reflect NI’s needs and tailor the Bill to respond to its interests and specific challenges? What of the other parts of the UK? Will genuine co-design finally emerge through this fraught Brexit process?