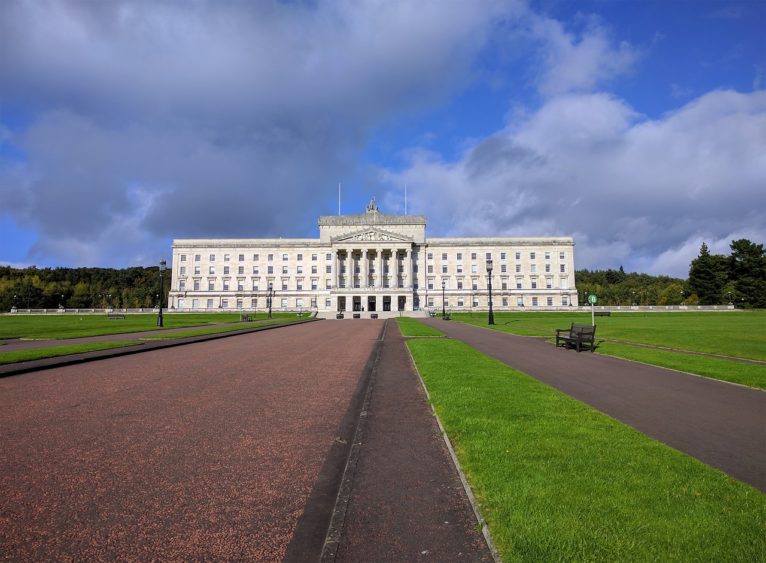 Presuming no alternative political course emerges in the meantime, on the 29th March 2019 a raft of new secondary legislation will come into force in order to ensure that legal frameworks continue to operate after the UK leaves the EU. This has been made possible through the controversial ‘Henry VIII’ clauses set out in the EU Withdrawal Act, which allow UK government ministers to use secondary legislation to repeal or change Acts of Parliament while bypassing normal scrutiny procedures. In the absence of a devolved government and given the limited capacity of its civil service, this process is also being used to amend Northern Irish legislation.

Although a devolved matter, environmental legislation (including nature conservation and habitat protection) is one area that now falls under these arrangements. An example of one of the new statutory instruments is the Conservation (Natural Habitats, etc.) (Amendment) (Northern Ireland) (EU Exit) Regulations 2019, designed to facilitate the required changes to ensure the framework for protecting habitats and species continues to operate post-Brexit. Given that the purpose of this particular instrument is ‘to amend regulations to maintain continuity of the policy approach in the context of the UK leaving the EU and is not intended to change policy’, it has been deemed unnecessary to undertake any formal scrutiny of the new regulations or undertake any statutory consultation process.

In the grand scheme of things, the proposed changes may appear innocuous and relatively insignificant given the rushed law-making, staggering upheaval of existing legislation and surrounding political maelstrom. However, despite the promised ‘close consultation with the NI departments’, the absence of any official (and importantly local) scrutiny process means that there has been no public consideration of how the reforms would work in practice and minimal potential for political accountability should any issues arise in the implementation of the legislative reforms.

This is highly significant given the very different structural arrangements for delivering environmental governance which exist in Northern Ireland compared to other parts of the UK. The consequence is that, should these draft regulations become law, potentially radical changes to how habitat protection functions in Northern Ireland could occur with little or no public input or political scrutiny. Three examples from the proposed Regulations – all involving substantial shifts of power to the NI Department of Agriculture Environment and Rural Affairs (DAERA) – graphically illustrate this risk.

Firstly, DAERA will be empowered to interpret the requirements under existing EU nature Directives, which the UK intends to implement in the same (or equivalent) way when the UK exits the EU. This new power for DAERA is reflected in paragraph 7.6 of the Explanatory Memorandum, which states that ‘A power is also provided for the Department to provide guidance to interpret these requirements should there be a need for further clarification’. Thus under Regulation 6 of the new legislation, DAERA may, ‘after consultation with such other bodies or persons as it considers appropriate, issue guidance as to the interpretation of the requirements of the Directives’. Further, Regulation 7  provides that, where relevant, DAERA or ‘the competent authority’ ‘shall have regard to any [such] guidance issued’.

Secondly, DAERA has been given considerable powers regarding the justification of activities that have significant effects on protected habitats. Under Article 6(4) of the Habitats Directive, if an appropriate assessment determines that a plan or project will have significant effects on the integrity of the site, then the activity may only be authorised where it is necessary due to ‘imperative reasons of overriding public interest’. Currently, if Northern Ireland wishes to rely on this derogation, then the European Commission provides an ‘opinion’ that is transmitted by DAERA to the relevant authority – with final controls by the Court of Justice of the EU if necessary.

The proposals would replace the Commission with DAERA itself – essentially substituting an external, independent body with a governmental department. This may give rise to conflicts of interest within the NI Executive and thereby undermine environmental protection. For example, the Department for Infrastructure may seek to develop new roads across a protected site. Planning authorities and the Northern Ireland Environment Agency (NIEA) would determine whether permission should be granted. If the planned development would have a significant effect on the site, para 7.11 of the Explanatory Memorandum indicates that the planning authority or NIEA would need to seek DAERA’s opinion regarding whether imperative reasons of overriding public interest existed. In other words, situations may arise where the Government is seeking approval from itself.

Thirdly, DAERA has been given more power than the relevant authorities in England and Wales. While the Secretary of State in England or the Welsh Minister will provide an ‘opinion’ on the overriding public interest, DAERA will in future provide a ‘decision’. Furthermore, there is different language used regarding consideration of the ‘national interest’ – whereas in England and Wales the appropriate authority ‘must have regard to the national interest’ in providing its opinion, in Northern Ireland the appropriate authority ‘shall’ do so. This could potentially create a difference in the degree to which such consideration is deemed to be ‘mandatory’ in Northern Ireland versus other parts of the UK.

These changes have the potential to completely alter the current power dynamics of nature conservation decision-making in Northern Ireland. The draft regulations grant DAERA considerable powers, in some areas proposing that DAERA itself takes over the role of the European Commission. This is particularly concerning considering the substantial body of criticism that has been levelled at the devolved government’s past performance in the context of environmental governance.

In addition, the envisaged lack of separation of duties in the administration of the new regulations could lead to serious conflicts of interest. The risk of such a conflict is amplified in Northern Ireland by NIEA’s lack of independence as a part of DAERA – a highly unsatisfactory arrangement around which environmental campaigning in Northern Ireland has coalesced for over a decade.

While the Explanatory Memorandum states that ‘An impact assessment has not been produced for this instrument as there are no significant impacts on business or the public sector’, in practice the replacement of the European Commission with DAERA as an independent arbiter in the interpretation and implementation of the legislation means there will be a significant impact upon environmental governance and the balancing of public interests. This is a substantial change with significant impacts deserving of a proper process of scrutiny and consultation.

However, given the alarming absence of scrutiny being applied to any Northern Irish legislative reforms by the in-all-but-name direct rule government at Westminster, this currently seems like a remote possibility.

Dr Ciara Brennan is a Lecturer at the Newcastle Law School, Newcastle University. Dr Mary Dobbs is a lecturer in the School of Law, Queen’s University Belfast and a Brexit & Environment Associate with expertise in agricultural policy, environmental law and Northern Ireland.

3 Comments on “Reality bites: The implications of scrutiny-free environmental law reform in Northern Ireland after Brexit”