Trade and Brexit: The long arm of EU regulation 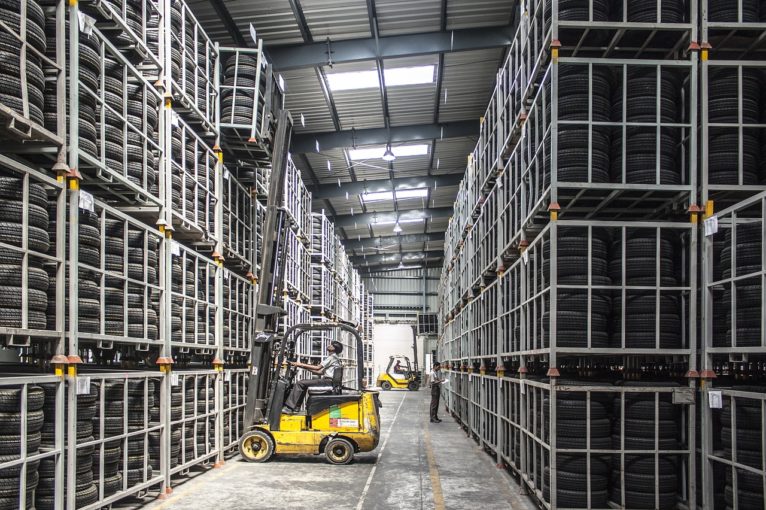 In a characteristically straight-to-the-point piece, Philip Stephens contemplates this unexpected headline as he explains that ‘regulation is the mother of liberalisation’. It is needed to guard against regulatory protectionism and to level the level the playing field of competition. He cites the example of a much derided EU directive on lawnmower noise which turns out to have been a UK initiative to prevent Germany from using its own domestic regulation to keep UK lawnmowers out of its domestic market. He contemplates the way forward after Brexit, considering the possibility of a ‘Great Consolidation Bill’ incorporating existing EU regulation into UK law.

But he wonders how to maintain the dynamic quality of UK law in the face of changes to EU regulation asking (tongue in cheek?) whether ‘the [UK] government can secure an agreement under which it automatically replicates such rules from outside the EU’. Fanciful though this may sound, it is exactly what the state of California did when it adopted its Restrictions on the use of Certain Hazardous Substances (RoHS) in Electronic Devices law. This prohibits the sale of electronic devices in California to the extent that it is prohibited for sale in the EU due to the presence of certain heavy metals. The California law therefore automatically tracks amendments to EU law. [2]

Benefits of the EU internal market

Standing back, it’s worth thinking about why the EU internal market has served UK businesses so well. They get access to that market in accordance with a presumption of mutual recognition, according to which Member States are required to recognise the adequacy of one another’s laws. This presumption of mutual recognition can be displaced when a Member State can show that application of its laws to imported products is necessary to achieve a legitimate public policy objective. Whilst environmental recognition is recognized as constituting an important public policy objective, the boundaries of the exception to mutual recognition principle are relatively strictly policed and construed.

Where Member States are permitted to maintain the application of their own laws vis-à-vis imported products, barriers to trade or competitive distortions may arise within the EU internal market. In this situation, the EU may decide to ‘harmonize’ national laws. In the environmental domain, any such harmonization will take the form of minimum harmonization. Where the EU seeks to harmonize product standards it will often deploy ‘new approach’ directives, compliance with which will be recognized by a ‘CE’ symbol which will in practice assist in achieving access to non-EU markets as well. [3]

When the UK is outside of the EU, the situation will change. Access to the EU internal market will be conditional upon demonstrating compliance with EU law (and potentially also the laws of all 27 Member States). Whilst the WTO could conceivably declare EU laws or the laws of EU Member States to be incompatible with the WTO Agreement, the WTO Appellate Body has taken a largely ‘pro-regulation’ approach. [4]

Among the laws that UK businesses will have to comply with are those regulating product standards, both in terms of intrinsic product quality but also in terms of how their products have been produced (the latter are known as production process standards or PPMs). As in other areas of EU law, [5] the EU increasingly adopts a life-cycle approach to environmental legislation, regulating not only product quality but also the circumstances and manner in which products are harvested or produced. These production process measures apply regardless of whether the products are imported or are produced within the EU.

From ‘good manufacturing practices (GMP)’ to ‘hazard analysis and critical control point (HACCP), to sustainable fishing on the High Seas, biofuels, and the harvesting of timber, EU law increasingly reaches beyond EU borders to govern activities that take place abroad. It sets out how animals should be slaughtered if they are to be offered for sale in the EU, how animals should be transported outside of the EU on journeys that begin or end in the EU and it bans reliance on data derived from animal testing to demonstrate the safety of cosmetics sold in the EU. And all the while, the European Court of Justice adopts a permissive stance that sanctions the extraterritorial reach of EU law.[6]

The presence of ‘territorial extension’ in EU law is less pronounced in the environmental domain than in some other areas, including most notably data protection and financial services law. But it is already present in environmental law and as examples from these other areas of regulation show, there is scope for the practice of territorial extension to be extended yet more.

Territorial extension reaches furthest when EU law makes market access conditional on companies outside of the EU complying with EU law even when they are engaged in activities that are not centered upon gaining to access to the EU market. I have described this previously as firm-level territorial extension. For example, where a ship classification society wants to be recognized as a recognized organization in order to certify a ship’s compliance with international standards on behalf of an EU Member State, it must comply with EU law everywhere and anywhere in the world [7]. In order to prevent the danger that a ship classification society will create a separate foreign subsidiary to evade the global reach of EU law, the EU legislation applies at the level of a firm which includes all branches and subsidiaries as well as other entities under its control.[8]

With the prospect of Brexit and the election of a climate-skeptic President in the United States, the next years are likely to test the global reach of EU climate change law. Discussions are continuing about whether international flights should once again be included in the EU’s emissions trading scheme and the European Parliament Environment Committee is calling for international shipping to be included from 2023 unless more ambitious agreement on regulating GHG emissions from shipping is adopted within the International Maritime Organisation.

With the planned construction of the Keystone XL pipeline in the United States, the EU will be under pressure to revisit the question of regulating the lifecycle emissions of ‘dirty’ fuel derived from Canadian oil sands imported into the EU. The EU’s emissions trading directive already contemplates the possible future inclusion of imported products in energy intensive sectors which are exposed to a significant risk of carbon leakage within the scope of its emissions trading scheme.

UK businesses are right to recognize the trade-liberalizing effects of regulation, as they should also the regulatory effects of trade liberalization. When the UK leaves the EU, these businesses are likely to become purveyors of the so-called Brussels Effect [11], taking their own steps to ensure broad compliance with EU law.[11]Whether they are driven by economic rationality, technical imperatives or by the presence of ‘territorial extension’ in EU law, they won’t need to wait for a ‘Great Consolidation Bill’ to ensure that there are still plenty of EU rules and regulations for all.

This blog post summarises Prof Joanne Scott’s (UCL, EUrefEnv author) presentation at a roundtable on Brexit & the Environment organised by the British Academy and EUrefEnv on 30 January 2017. Investigating how future trade arrangements would impact UK environmental policies, she stressed business’ support for EU ‘red tape’ and the territorial extension of European law beyond the Union’s borders.