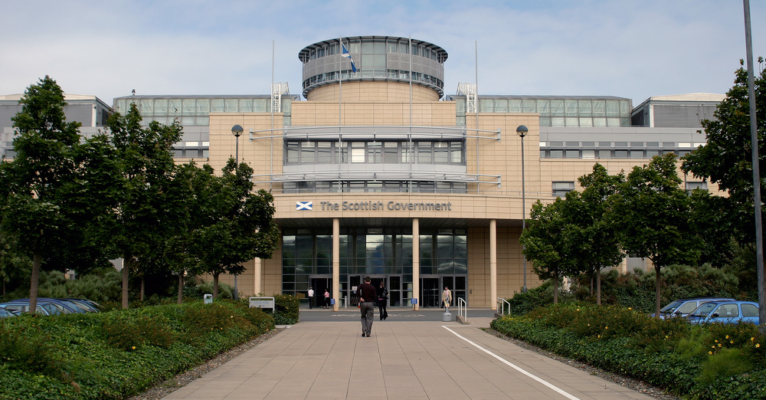 With so much turmoil in our politics at present, developments that would normally attract attention can pass without notice – even the Prime Minister’s photogenic new puppy had only the briefest of moments in the headlines.  One such development is the publication of the Scottish Government’s Programme for Government 2019-20, Protecting Scotland’s Future. At other times this might have been seen as a major event, but it has been overwhelmed by other matters.

The Programme’s claim for attention lies largely in the focus it places on tackling climate change, following the Scottish Government’s declaration of a climate emergency.  The first of four chapters in the Programme is entitled “Ending Scotland’s Contribution to Climate Change” and it lists a wide range of measures across government to respond to climate issues.  There are two reasons why these measures can be viewed as impressive.

The first is that they cut across all areas of government.  The responses to the Climate Emergency Response Group cover everything from planning and tree planting to transport and diet.  These show a willingness to start making (or at least thinking about) the pervasive changes that are needed to deliver a low carbon society, away from the conventional headline issues.  Matters covered include government procurement, building standards, skills development and finance. Some of this may seem familiar, but the level of detail and integrated thinking suggests that we are starting to see a new depth of commitment from government.

The second feature justifying attention is the fact that the proposals go beyond the familiar rhetorical statements to make concrete proposals for legislation.  In addition to the current Climate Change (Emissions Reduction Targets) (Scotland) Bill, the Government’s new proposals seek to tackle two of the difficult but less visible areas where major change is needed for a more sustainable future.

The first of these is waste, where alongside existing plans such as the deposit-and-return scheme for bottles, a Circular Economy Bill “will continue to advance Scotland’s ambitions for the circular economy through measures which will encourage the re-use of products and reduce waste. It will enable further action to tackle our reliance on single use products.”

In terms of energy matters, the high profile of developments in relation to renewable electricity and transport emissions tends to hide the fact that one of the biggest users of energy is heating our homes and businesses.  This will now get attention through a Heat Networks Bill which “will introduce regulation of the heat network sector to support, facilitate and create controls in respect of the development of district and communal heating infrastructure in Scotland. Accelerating the deployment of heat networks will help Scotland to decarbonise its heat supply and will contribute to our climate change targets.”  The greater efficiency that can be achieved through district heating has long been recognised, but implementing effective collective schemes has to overcome cultural and practical obstacles, affecting both developers and individual building owners.

Such Bills by themselves will not offer a magic cure, but they are a sign of a willingness to move beyond rhetoric to tackle issues where achieving a greener future requires social and cultural change away from “business as usual”.

From an environmental perspective, the picture is not all rosy.  Compared to the proposals for the climate emergency, those for the equally pressing biodiversity emergency say little new and are less concrete, although some additional funding is provided.

Beyond that, Brexit does, of course, get a mention, with a promised Continuity Bill which will “make provision to maintain the role of environmental principles and effective and proportionate environmental governance after Brexit”.

At present the government is involved in a very active series of discussions with stakeholders on the shape of this new governance framework.  The outcome of such consideration is not yet clear, in contrast to the more definite plans for the Office for Environmental Protection proposed for England (the position for Wales remains similarly open at present).  Discussion is also affected by awareness of the potential need to be able to quickly produce interim policy responses in the event of an imminent no-deal Brexit.

While Brexit has been totally dominating the headlines, the long-term issues of sustainability and climate change have not gone away.  There is a long way to go before we achieve a sustainable and low-carbon society, but it is encouraging that at least one government seems to be making concrete steps in that direction.