Sovereignty, red tape… and the environment 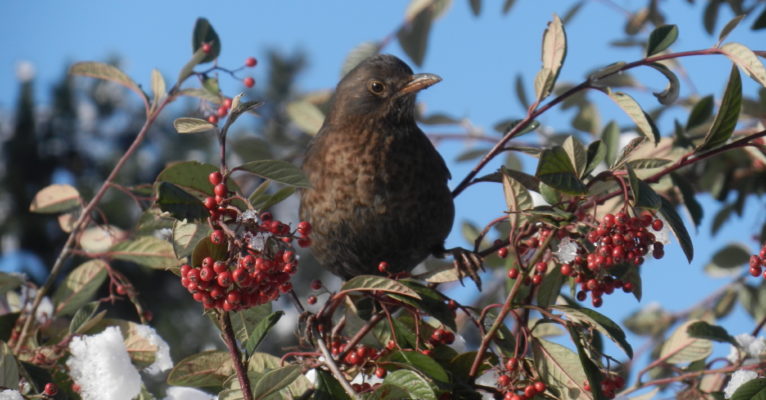 Let us face it. Environmental protection has not been a major strand in the Brexit debate. It should be as the EU has been a significant institutional force in shaping environmental law and policy in the UK, but the type of measured and sensible discussion seen in the The EU Referendum and the UK Environment: An Expert Review has been eclipsed by heady rhetoric – most of it originating from the Leave campaign. Even David Cameron’s attempts to put environmental protection on the agenda have not been particularly successful. Who wants to hear about environmental quality when the far more magnetic concepts of ‘sovereignty’ and ‘regulatory red tape’ are being discussed. But good environmental quality is important – clean air, clean water, healthy ecosystems and the proper management of waste are all crucial to the long term sustainability of a market democracy. Moreover, thinking about what does it mean to have sovereign self-determination’ and what is ‘red tape’ through the lens of environmental law can help given greater sense to these concepts and what is being argued for when they are being promoted.

Take sovereignty. One of the major arguments for the Leave campaign is so the UK can exercise its sovereign will. There are a number of problems with this argument. Just because the UK may have ceded sovereignty due to being part of the constitutionally pluralistic complex web of the EU, does not mean others have gained it. As the late Neil McCormick noted, sovereignty is like virginity, just because you have lost it doesn’t mean someone else has gained it. But more importantly from an environmental perspective, environmental problems are however a stark reminder that we are not all independent states operating in a vacuum – what we do affects others. Both inside a state and outside it. There is of course the old tragedy of the commons problem – everyone polluting a little bit leads to a very big problem. There is also the fact that environmental problems do not stay neatly within the boundaries of a sovereign state. But perhaps more significantly, in a globalised economy, our choices about environmental quality are constrained by other things – markets, politics and such like. Most of these influences encourage a ‘race to the bottom’ when it comes to environmental protection due to industry wanting to externalise environmental costs in the pursuit of economic competitiveness. The EU by committing simultaneously to an internal market with over 500 million customers and to a high level of environmental protection confronts this de-levelling problem head on.

Environmental problems are collective problems and thus require collective action, not just within nation states, but across multilevel structures of governance and markets. Membership of the EU has allowed the UK to be an influential player in that web, particularly in shaping laws, voting on them, and having the discretion in the way they are implemented due the fact that the vast bulk of environmental law is in the form of directives. It has also created a robust legal framework for settling disputes.

Of course, that web does rest on a commitment to a high level of environmental protection, and as a sovereign state it may be that the UK wishes to commit to poor environmental quality. If as a nation, we want to live in a garbage tip that is our sovereign right. And that is of course where the regulatory red tape comes in. The EU is often accused of generating regulatory red tape although what that red tape actually is remains remarkably vague. There are examples of silly laws in every legal system, but these are a very small minority, often accidental leftovers from a bygone era. What people are often referring to when they are referring to red tape are two things. First, they see environmental laws getting in the way of producing cheap products, but as I said above this logic leads to a race to the bottom.

Those selling the products get the economic benefits of selling those cheap products, but the population must bear the brunt of environmental degradation. Second, red tape is often a reference to laws people don’t like, but just because a law is irritating doesn’t mean it is not important. Properly disposing of our waste is a fundamental feature of a good society, but it is also a pain. Environmental law will always be controversial because it has to constrain action, but that does not mean it is not necessary or legitimate.

The bottom line is environmental problems are too large and too complex to address through individual action or naïve ideas of self-regulation. So environment should be an issue further up on the Brexit agenda. As the Expert Review makes clear what decision is made on the 23rd June will really matter.
Liz Fisher, BA/LLB (UNSW), D Phil (Oxon) is Professor of Environmental Law at Corpus Christi College and the Faculty of Law. She researches in the areas of environmental law, risk regulation and administrative law. She was the discussant at our latest EUref & Environment event in Oxford on 14 June 2016.

One Comment on “Sovereignty, red tape… and the environment”