What does Brexit mean for impact assessment? 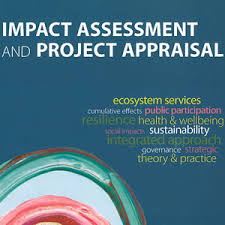 Brexit has led to considerable uncertainty over the future practice of EIA and SEA. These are assessment processes applied where proposed projects (for EIA) or plans and programmes (for SEA) are considered to have potentially significant effects on the environment. The idea is that decision makers should know the full consequences of their actions prior to making a decision, so that socio-economic benefits are considered in the context of environmental harms.

EIA and SEA are legally required in the UK because of EU Directives but the processes are often seen as a hindrance and an unwelcome cost on developers , and the Brexit vote raises the possibility that legal obligations could be removed where these Directives no longer place obligations on the government. Thus Brexit matters in terms of the consideration of environmental evidence in decision making.

Our analysis shows, however, that multiple obligations now exist outside the scope of the EU which mean that EIA and SEA will continue to be required in the long-term, although the rigour of the assessments required might begin to fall short of the expectations of the Directives (which are periodically amended). There are three main scenarios for Brexit: signing up to the European Economic Area (EEA) Agreement; membership of the European Free Trade Association (EFTA), but not EEA; and negotiate a separate agreement.

The EEA Agreement allows access to the ‘Internal Market’ of the European Union and is open to EU and EFTA countries. However, a condition of membership is an obligation to cooperate on a number of matters, including the environment, which is the reason why EEA countries have to comply with the EIA and SEA Directives. UK EIA and SEA requirements would thus remain largely unchanged under EEA membership. This scenario has been referred to as the ‘Norway model’ in the press. As EEA membership is contingent on free movement of people within the EU member states, joining the EEA seems politically difficult for the UK Government given the immigration implications.

EFTA is an intergovernmental organisation promoting free trade and economic integration. It has four Member States (Iceland, Norway, Liechtenstein and Switzerland). EFTA manages the EEA Agreement and Switzerland is the only EFTA country which is not also part of the EEA (hence the press refer to this scenario as the ‘Swiss model’) but instead accesses the internal market by virtue of over 120 bilateral agreements, felt to be cumbersome and unworkable by the EU. Switzerland is not required to implement the EIA and SEA Directives under any of the bilateral agreements, but freedom of movement is still demanded by the EU. This scenario therefore also seems politically difficult for the UK.

Separate trade agreement with the EU

A new trade agreement between the UK and the EU could be developed outside the EEA and/or EFTA frameworks. This scenario includes a number of other trade models appearing in the media, including the ‘Canada option’, the ‘Turkey model’ and the ‘Singapore and Hong Kong approach’, none of which have specific ties to EU environmental legislation. Whilst potentially providing the most flexibility for the UK, it remains possible that the EU could insist on stipulations related to EIA and SEA. This scenario may be more palatable for the UK Government, but is politically difficult for the EU if freedom of movement of EU citizens is not included.

Increasing variability of practice within the UK?

The first scenario would have a business-as-usual outcome for EIA and SEA. The second and third scenarios are the ones that could be different (where trade agreements do not include EIA and/or SEA) and lead to increased variability of practice across the UK (although it is possible EIA and SEA requirements could be included in the trade agreements for either of these scenarios). The legal context for EIA and SEA in the UK is highly complicated, being devolved to the various regions and with legislation for EIA also being spread across a number of different sectors. Scotland came out as being very pro-EU in the referendum on June 23rd, and might be expected to continue to implement the requirements of the Directives irrespective of any actual obligation in case of future independence followed by an application to join the EU. Other regions of the UK voted for exit.

Across the sectors, in these other regions we will likely see moves to erode the influence of EIA in particular in line with an agenda to maintain economic development (see Cowell & Owens (2016)  for an argument that the Government views the EU environmental legislation as causing ‘regulatory creep… imposing additional and expensive requirements on the planning system’), although we would expect these to be relatively minor to ensure continued compliance with international obligations for EIA. Nevertheless, EIA and SEA will likely continue in some form in the UK because of numerous international obligations that have been developed since the Directives came into force. These include the 1991 Espoo Convention on Transboundary EIA  and subsequent 2003 Kiev Protocol on SEA, and the 1998 Aarhus Convention on access to information, public participation in decision making and access to justice in environmental matters.

Additional international obligations exist through the Ramsar Convention on Wetlands of International Importance; UN Framework Convention on Climate Change; UN Convention on Law of the Sea; and the Protocol on Environmental Protection to the Antarctic Treaty. To these we can add the Rio Declaration Principle 17 which specifically calls for EIA to be undertaken for activities likely to have significant environmental effects.

Whilst there is no international court which could sanction the UK for non-compliance with these obligations, the moral duty of compliance remains.