Heathrow expansion in the shadow of Brexit

After decades of debate on where – and whether – to expand airport capacity in south-eastern England, the UK government announced two days ago that it would favour building a third runway at Heathrow Airport. This option, highly criticised on environmental grounds (notably due to the air pollution caused by road transport to the airport) has been presented by Prime Minister Theresa May as key to show the world that the UK is ‘open for business’ after Brexit.

Three important hurdles to Heathrow expansion stem from EU law, and all three could be eased or even removed after Brexit, once the ‘Great Repeal Bill’ is enacted.  Plans for this ‘Great Repeal Bill’ were presented last month in the run-up to the Conservatives Party Conference as a legal copy-pasting exercise aiming to “end the authority of EU law by converting all its provisions in British law on the day of exit from the bloc.” This focus on ending the authority of EU law over the UK appears to indicate a choice for a ‘Hard’ Brexit, out of the European Economic Area. Such a Brexit would give the UK the opportunity to rewrite broad swathes of its (formerly EU-based) environmental legislation.

The first obstacle to expansion takes the form of EU air pollution targets. These have been at the heart of the rival case from Gatwick Airport. While the latest Heathrow plan argued expansion would not increase pollution due to efforts to increase the use of public transport, Transport for London and the then-Mayor of London Boris Johnson appeared less-than-convinced. Critically, once the ‘Great Repeal Bill’ is passed and EU law is ‘copy-pasted’ across to UK law, it will be much easier to weaken existing targets. This is because it is difficult to dismantle policy in the EU — a political system in which decisions require large majorities to be made — which means that decisions, once made, tend to stick. This makes the EU particularly suited to addressing major environmental challenges as it provides legal certainty allowing public and private actors alike to plan ahead. Conversely the UK is characterised by sharp changes in policy directions from one government to another. Concerning the environment, Heathrow’s expansion is a case in point: it was supported under Labour, shelved under the Coalition government, and put back on the agenda by Theresa May’s government. But would the UK government really weaken current air quality rules? While the move may prove unpopular – and, as EU targets already fall short of most recent World Health Organisation targets, would increase health hazards linked to air pollution – outside of the EU the government would be free to weaken these pollution standards. And even if bluntly easing the pollution standards proved too unpopular, the ‘Great Repeal Bill’ offers further opportunities to pave the way for the third runway.

A second obstacle to Heathrow’s expansion is EU planning law.  Land use planning is one of the least Europeanised area of UK environmental policy, which means that the UK government has retained a high degree of initiative. Recent UK governments have used that control to gear planning regulation towards increasing competitiveness and development and not environmental protection. European legislation on Environmental Impact Assessment and Strategic Environmental Assessment has offered some safeguards which could now be weakened, despite a number of international agreements, as these lack the ‘bite’ of EU legislation. EU law binds member states: not complying with the law opens countries to law suits in both domestic and EU courts, as well as potential fines and levy imposed by the European Court of Justice.

A third obstacle to Heathrow’s expansion is thus the very nature of EU legislation and the legal remedies it opens for civil society to hold governments accountable, as exemplified recently by Client Earth with great success against the UK government concerning its clean air plans for London. The decision to expand Heathrow will face multiple legal challenges, many focusing on whether the expansion breaches environmental law.  But after Brexit, meeting environmental targets and respecting environmental rules will become a moral, not legal duty.

Removing the ‘EU’ nature of the air pollution or planning standards would effectively close down a legal remedy route for civil society which had allowed holding the UK government accountable. In conclusion, Brexit and the proposed ‘Great Repeal Bill’ could make the arduous journey toward Heathrow expansion easier for the UK government. Transferring EU policy into UK law makes it both easier to repeal and safer to ignore. But Brexit is not yet around the corner – why then, announce a decision to expand now? By doing so, the May government ensures Heathrow’s most vocal opponents can still use the strength of EU environmental law to attack the decision. In an interesting twist of fate, key opponents to Heathrow’s expansion such as Zac Goldsmith (who stepped down as an MP in protest of the decision) or Boris Johnson, strongly supported the Leave camp. A Hard Brexit, which appears increasingly more likely, will eventually remove the strong EU rules and legal remedies that may help Heathrow expansion opponents block the plan. Hence in order to defeat the third runway expansion, it is now in the interest of key ‘Leavers’ to make sure Brexit and the ‘Great Repeal bill’ is not enacted before all legal challenges against the expansion are exhausted. Sometimes, taking back control is not all it is cracked up to be.

This article was originally published on Environmental Europe? Read the original article. 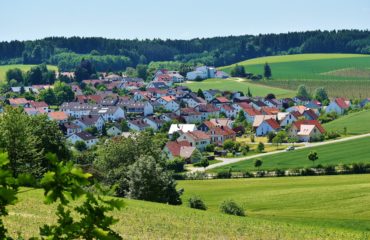 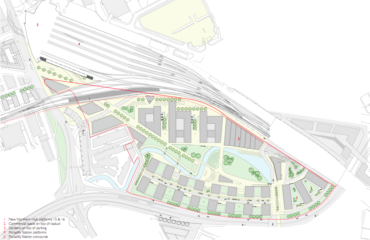 Will the Environment Bill be a force for greener planning?

Air quality law for the future: Fixing the fundamentals