Brexit will test the UK’s capacities to their limits — and possibly beyond. 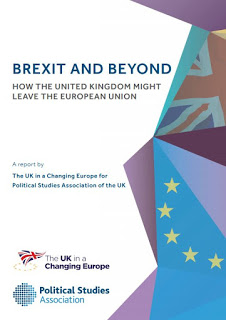 One of our funders, the ESRC’s UK in a Changing Europe Initiative, has published a thoughtful new paper which seeks to explore the challenges of implementing Brexit.  The team, led by Professor Anand Menon, offers a stark warning: “Brexit has the potential to test the UK’s constitutional settlement, legal framework, political process and bureaucratic capacities to their limits — and possibly beyond.”

After the High Court dropped its bombshell on the Government’s Brexit plans last week, its contribution is both timely and also very prescient given that it was written before the High Court’s ruling.

The team identifies several challenges. First of all is the difficulty of completing the Article 50 process. Working out the terms of the divorce settlement will be “tricky and hideously technical”, says Menon’s team, but establishing a new, future relationship with the EU will be even harder they conclude.

Second, the UK will have to domesticate all EU laws – i.e. decide which bits to keep and which to repeal.  This could be an immense and time consuming task the report suggests.  Ministers could take a short cut by repealing EU laws and regulations through secondary legislation that does not require a Commons vote; but this would further inflame concerns about democratic transparency and legitimacy, not to mention legislative quality.

Third and perhaps least understood of all is that London will have to navigate through the complex relationship with the devolved nations of Scotland, Wales and Northern Ireland. The devolution dimension is, the team notes, particularly “acute” in many environmentally critical policy areas: fisheries, agriculture and of course the environment itself.  These are currently fully devolved matters.

If nothing else is done, the team suggests, then the EU powers will revert to the devolveds – unless Westminster legislates to take them back via the legal domestication process. Repatriating the powers back to London could affect the balance of power between Whitehall and the regions. This would trigger a constitutional crisis, described last week in the Welsh Assembly as leading to “legislative tanks on the devolveds lawns“. Or if all the powers are devolved, it could possibly lead to greater regulatory divergence between the devolveds.

Interestingly, Menon’s team advises that the least constitutionally disruptive route would be for the devolveds to take advantage of Brexit and align their new policies with EU policies, rather than those of the UK, as they develop new legislation in the years after Brexit (something which was also discussed in the Welsh Assembly).  They could do outside the EU so via non legislative means such as the Open Method of Coordination.  If this sounds complicated, it is.

The paper will probably not find much favour with hard Brexiters advocating a clean break from the EU. But it usefully reminds us all that the “apparently simple binary choice presented to the British people” on referendum day “was nothing of the sort”.  That much remains as true in the environmental policy sphere as it does it other policy areas that have been decisively affected by the EU over the last 40 years. 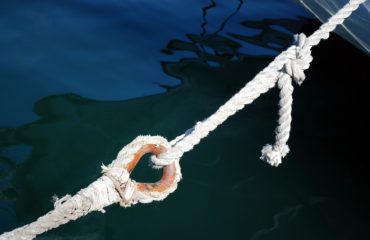 The Internal Market Bill: Why negative integration is causing such negative feelings