Environmental governance after the EU: The need to ensure accountability 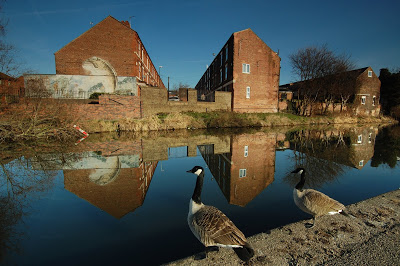 Delivering Brexit raises fundamental political, legal and administrative questions, for the environment and beyond. In this blog post, Prof Maria Lee (UCL) and Prof Liz Fisher (Oxford) discuss the issue of environmental governance and highlight three necessary steps to ensure continued accountability once outside of the European Union.

Doing those things well in the long term is also not easy. Take air quality in the UK. The problem is a real and serious one, but the government has delayed action. In doing so, and as the barrister for ClientEarth noted in ClientEarth (No.2) v Secretary of State for the Environment, Food and Rural Affairs [2016] EWHC 2740 (Admin) (02 November 2016), they were giving ‘disproportionate weight to considerations of cost, political sensitivity and administrative difficulties’. That is not surprising. Addressing environmental problems does often require, in the short term, costs. Protecting the long-term goal of public health doesn’t always have the political traction of more immediate problems. And administering the environment is difficult. Given all this, a range of mechanisms and institutions that are able to call the state to account in its operation of environmental law must be part of parcel of the architecture of environmental law.

In leaving the EU we are not just leaving behind laws that set standards for environmental quality. We are also leaving behind many of these mechanisms and institutions for accountability. EU law imposes obligations on Member States to plan publicly for implementation, to report publicly and to the Commission and other Member States on how they’re doing, to explain failures to comply, or the lawful use of derogations and exceptions, and to explain how compliance will be achieved in the future. EU law has long relied on the capacity of private parties and domestic courts to ensure the implementation of law, through for example the doctrines of ‘direct effect’, consistent interpretation and effective remedies. We saw this aspect of EU law very powerfully in the famous ClientEarth air quality litigation touched upon above. The European Commission is also the ‘watchdog’ of the treaties, with powers to take Member States to the European Court of Justice for violations of EU (environmental) law, and the Court of Justice can impose significant fines in certain cases.

If we are really going to ‘take back control’ of environmental protection we need to take back control of environmental accountability: what will survive of the EU environmental governance framework depends on the way in which we leave (soft Brexit, hard Brexit, anything in between). In some specific cases such as climate change, international law may provide some of those accountability mechanisms, albeit with important gaps, but in many cases an entirely new set of mechanisms will need to be developed. These cluster round three different activities.

First, improved environmental quality is often something that needs to be worked towards over many years. To avoid casting accountability too far into the future, post-Brexit environmental governance must ensure that government bodies responsible for environmental governance explain publicly, in a defined time frame, how they will meet their legal obligations in relation to environmental protection. A follow up obligation to report on progress should include reporting on failure to comply, or on any lawful use of legal derogations, exceptions or ‘alternative’ standards (for example damage to a protected habitat or exceedance of water quality standards, within the terms of the legislation). This should be coupled with explanations of how compliance will be maintained or achieved. The publicity of reporting, so that anyone can scrutinise and respond, is crucial. An obligation on a specific public body, with the capacity (at least financial resources, expertise, independence), to respond to reporting and planning, enhances the accountability loop. This is a role currently performed by the Commission. These sorts of obligations are not alien to domestic law. They should be seen as the government’s commitment to transparency in operation. And there are homegrown templates such as the Climate Change Act 2008, where planning, policy-making and reporting is directed to Parliament, with the expert independent Committee on Climate Change in the background. Parliament may not always be the appropriate body to receive plans and reports. A new public body may be necessary. But our parliamentarians need to work out how they might organise themselves best to hold government to account in this area.

2. The Role of the Courts

Second, there is a need to ensure that courts continue to play their proper, important, role in environmental law post-Brexit. Courts uphold the rule of law, ensure decision makers stay within their power and properly discharge their legal obligations. They provide authoritative interpretations of the law, resolve disputes peaceably, and ensure environmental law is part of a stable and legitimate legal order. The UK courts are in the front line of performing these tasks in environmental law. They have done so in a partnership with EU law and the CJEU, which have also played fundamental roles. The Client Earth litigation that obliged the government to fulfil their legal responsibilities in regards to air quality is a case in point. It needs to be ensured that post Brexit, the UK court’s role continues.

Third, the Commission has played an important watchdog role in ensuring that Member States keep to their legal obligations in relation to environmental quality. After Brexit, that role will not exist. The need to think about a replacement, at least perhaps a strengthened ombudsman role, should not be dismissed out of hand.

In some cases the development of these accountability mechanisms will involve the creation of something new, but in many, it requires the evolution of existing UK approaches. In all cases, any accountability process must be integrated into devolution structures. Two further points need to be kept in mind. First, ensuring accountable environmental governance is an important, but not a glamorous enterprise. It may also be easy to forget when caught up in the emotional turbulence of ‘taking back control’, but we forget the infrastructure of environmental accountability at our peril.

Second, some of those promoting Brexit see the ‘taking back control’ agenda as a deregulatory one. Sir William Cash MP in arguing for a Repeal Act to aid in the legal exiting of the EU notes ‘This Repeal Act is not only a constitutional act but has profound consequences for our future prosperity, for free trade, for reducing the burden of overregulation….’. But ‘taking back control’ requires the UK to do exactly that – take control and responsibility for developing a robust body of environmental law that ensures environmental quality for its citizenry. The rush to Brexit should not usurp discussion about what such a body of law should look like. 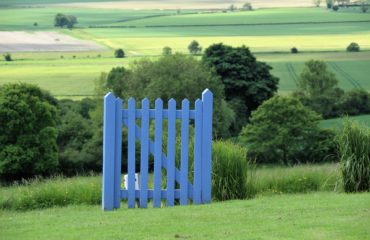