Brexit: The impacts of and the implications for devolution in the UK 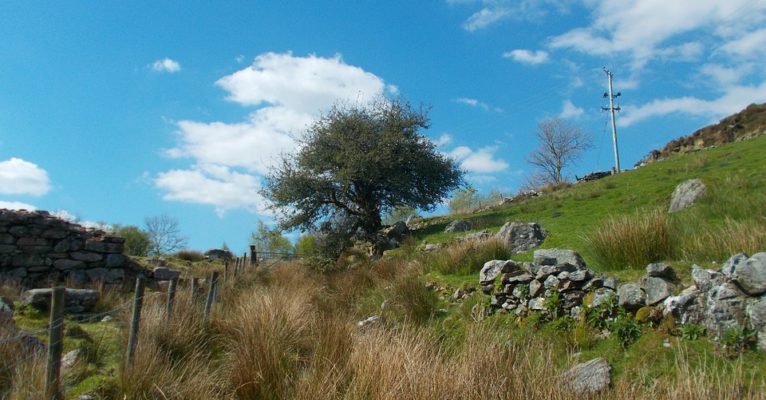 This blog post summarises Lloyd Austin’s (RSPB Scotland) contributions to the Brexit & Environment roundtable organised by the British Academy & EUrefEnv on 30 January 2017. It sets out major devolution challenges for Brexit in terms of politics, repatriated powers and finances.

“Leaving the EU will have a significant impact on the powers and budgets of the devolved bodies…Brexit is likely to reopen questions about the distribution of powers between central and devolved government, and the funding arrangements for devolution” – Institute for Government, 2016

The result of the UK’s referendum on membership of the EU has led to the formation of a new UK Government, committed to leaving the bloc. Yet, the UK has, in many areas of public policy, never been a unitary state – although, in other areas it is or is seen as such.When the UK, in its current form, was created in 1922, the (new) province of Northern Ireland was subject to devolved Government – until the introduction of ‘direct rule’ in the 1970s. Devolved government, of another (power-sharing) form was returned to Northern Ireland by the Good Friday Agreement of 1998 (becoming effective in Dec 1999). Meanwhile, the Labour Government also introduced (different) devolution schemes for Wales and Scotland in 1998. These became effective in July 1999 and have both been enhanced by subsequent, further changes (after various Commissions); all also supported by other UK parties. In addition, the Mayor of London and, increasingly, other city mayors in England are exercising administrative devolution in some policy areas.This constitutional “jigsaw” that constitutes the UK means that, whatever arrangements are developed to implement “Brexit”, they will be both influenced by, and impact on, these devolution settlements. These may be best described under the following headings: politics, repatriated’ powers (including both intra-UK arrangements and new opportunities in devolved policy and legislation), and finances.

Each of the devolved parliaments/assemblies, and their respective Governments, are currently controlled by political parties different to that forming the UK Government – and their approaches to the EU and the referendum result differ markedly. The different party political approaches are exacerbated by the differential results in the referendum (England and Wales had a ‘Leave’ majority, whereas Scotland and Northern Ireland had a ‘Remain’ majority).

In Scotland, the Scottish Government’s position is set out in their publication Scotland’s Place in Europe– which they consider the first ‘Brexit plan’ from any Government in the UK. This highlights their view (supported by the Scottish Greens, providing a majority at Holyrood) that, in the absence of a differentiated settlement maintaining Scotland’s place in the single market (at least), there would be a case for a further referendum on Scottish Independence.

In Wales, the Labour Government has accepted the UK-wide (and Welsh) vote in favour of leaving, but is strongly seeking a ‘Welsh’ solution, opposing any repatriated powers on devolved matters being retained by Westminster. The Welsh Government (with the support of Plaid Cymru) has now published a white paper, similar in tone to the Scottish Government’s, calling for continued ‘participation in’ the single market, a more open migration policy and a ‘fundamentally different’ relationship between the UK and devolved governments.

In Northern Ireland, the political situation (as ever!) is complicated by the power sharing arrangements, and the post-referendum situation being overshadowed by domestic politics, resulting in the suspension of the Executive and elections due on 2nd March. Nevertheless, the DUP support Brexit and wish to be included in a UK-wide arrangement; while Sinn Féin oppose leaving the EU and will use the situation to promote a closer relationship (or reunification) with the Republic, which will remain an EU member state. The emphasis in the Scottish and Welsh Government papers on the single market highlights the importance of (and interest in) trade as a key issue to be resolved.

At a UK level, this is reflected in the “hard” vs “soft” Brexit debate. For devolved administrations (in addition to their political aspirations), the trade settlement (which will be a reserved matter) will impact significantly on their devolved responsibilities – especially agriculture, fisheries and environment. Thus, the devolved governments will wish to both understand and seek to influence the trade deal.

In joining the EU, the UK parliament/Government chose to pool sovereignty with other member states, in relation to a wide range of policy and legislative matters – and to accept the supranational jurisdiction of the European Court of Justice in relation to those matters. In the intervening years, the extent of these matters, and their nature, has developed considerably. In leaving the EU, these “pooled matters” will revert to being the responsibility of UK authorities – but, due to changes in the internal constitution of the UK (e.g. devolution, see above), many of these issues, are now devolved.For environmentalists, these ‘repatriated’ powers (and the arrangements for their operation) will be of immense importance – given that the EU has had competence and established considerable influence over policies and legislation on the environmental, agriculture and rural development, fisheries and other marine management, as well as planning and infrastructure funding.

Thus, the common framework – provided, to date, by the EU within which devolved administrations operate – will disappear, or be replaced by new (or repatriated) powers for Westminster. The latter would require amendments to the Scotland Act, the Government of Wales Act and the legislation establishing the Northern Ireland Assembly. Such amendments to the Scotland Act would “normally” require a Legislative Consent Motion, at Holyrood ; similar support may be required in Wales and Northern Ireland.Whether the UK parliament, in devolving these matters in the late 1990s understood or considered this issue, or whether it considered the implications of a future exit from the EU (or any other significant change in the nature of UK-EU relationships) is unknown. Moreover, to date, the UK Government has been silent (or contradictory) on its intentions – although all the devolved administrations have been vocal about the inappropriateness of a “Westminster power grab”.Brexit plans, therefore, need to address whether any intra-UK arrangements (including cross-border issues) are necessary or desirable and, if so, what form they might take. The cross-border elements of such arrangements need to address not only the Scotland-England or England-Wales borders (intra-UK borers), but also the Northern Ireland-Republic of Ireland border (a border with a continuing EU member state).

The devolved administrations in Scotland, Wales and Northern Ireland will, post-Brexit, ‘inherit’ a range of new powers, policies and opportunities. The extent of these will depend, in part, on the nature of intra-UK arrangements – but those, in themselves, are likely to require capacity and policy-making.In all the areas of importance to the environment mentioned above, new policy and/or capacity will be required to replace provided by the EU – either operating separately for each of the four countries of the UK, or working together in some form of pan-UK co-operation.

In addition to these challenges, the devolved administrations have already indicated a likelihood to adopt different approaches to that of the UK Government (with consequent impact on intra-UK arrangements). For instance, the Scottish Government is committed to maintaining EU-like standards of environmental regulation (and has even hinted that it may “mirror” future developments, post-Brexit). By contrast, while the UK Government (for England/reserved matters) has suggested that regulations will be “copied across” initially, there is not commitment to the future beyond the opportunity for review – amid calls from some for de-regulation.

The expenditure of EU originating funds around the UK has not followed the same pattern of other domestic public expenditure. For instance, around 18% of the UK’s CAP monies are paid to farmers and crofters in Scotland. This compares to the “normal” Barnett formula of c.9% for other forms of public expenditure. Likewise, Government, agencies and NGOs (in various combinations) have received a considerably greater than proportionate share of LIFE funding. These disparities, however, reflect the policy objectives of these funding schemes – for instance, Scotland has a far higher area of “less favoured areas” attracting greater agricultural support, as well as far more (and greater area) of classified SPAs/SACs (the conservation sites at which the LIFE fund is directed).Irrespective of intra-UK arrangements for policy and legislation, the re-allocation of funds from EU to domestic expenditure will need to address these disparities and, if changes are made, manage those.

The constitutional “jigsaw” that constitutes the UK means that, whatever arrangements are developed to implement “Brexit”, they will be both influenced by, and impact on, these devolution settlements. The party political make up of devolved Parliaments/Governments and their approaches to the EU and the issue of Brexit differ markedly from the UK Government, and the Brexit process will both exacerbate tensions and result in changes to the devolution arrangements, from which the devolved administrations will seek to ‘gain’.Even without political tensions, there will need to be new arrangements for intra-UK co-ordination and co-operation and/or the introduction of/agreement on some form of common framework for some issues. Beyond this, the devolved administrations will need to develop new policy and new capacity in many areas where, previously, this was provided by an EU framework. This challenge will be further exacerbated by the need to address funding issues – as the current use and distribution of EU funds, across the UK, is not subject to the same systems (Barnett formula etc) as is domestic expenditure.