Having the agri-food cake and eating it? 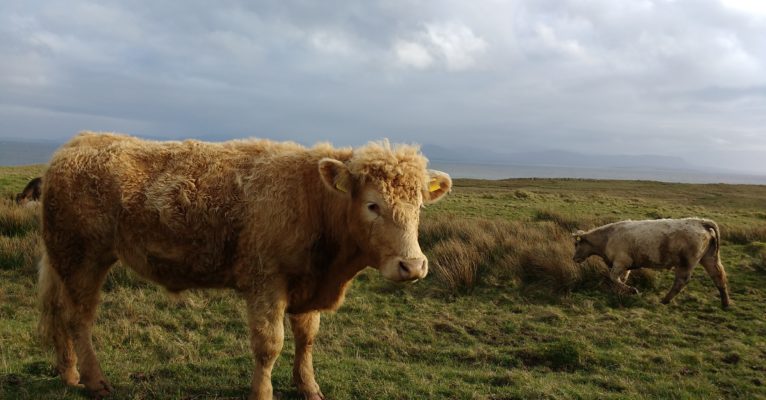 This week has seen the publication of two position papers from the UK government, on future customs arrangement and on the border – the ‘Northern Ireland and Ireland’ paper. Unsurprisingly, environmental issues are largely absent from both position papers, although the Customs Arrangement paper reiterates the government’s pledge to maintain high standards:

“We will maintain our high level of standards and protect our public services. As we leave the EU, the Government will continue to maintain our high standards for consumers, employees, the environment and animal welfare. The Government will also ensure that decisions about how public services including the NHS are delivered for UK citizens, are made by UK governments and not by our trade partners.”

But these two papers matter for the environment after Brexit due to the interconnectedness of the different pieces in the Brexit puzzle. Trade agreements between the UK and the EU and between the UK and the rest of the world will affect environmental standards in the UK. Border arrangements, and more generally North/South cooperation will affect the ways shared environmental challenges are addressed across the island of Ireland.

These two papers have to be analysed in terms of consistency – are they coherent between themselves, and with the UK government’s broader Brexit agenda, from cutting immigration numbers to achieving a green Brexit. They further need to be analysed as a first statement of intent from the UK – the beginning, not the end point of negotiations on both these points.

“Food, beverages and tobacco account for 49 per cent of cross-border manufacturing trade, with, for example, more than 10,000 pigs exported from Ireland to Northern Ireland every week and a quarter of all milk produced on Northern Ireland’s farms exported for processing in Ireland.”

In order to protect this agri-food cross-border trade after Brexit, the UK government paper comes with three main suggestions:

Are these proposals coherent?

Although all three proposals sit in the same document they raise questions of coherence. First, how can a partnership cover all goods and be robustly enforced if 80% of cross-border trade is exempt? How can the government assume that all small traders will limit themselves to ‘local trade in local markets’ when (1) faced with the temptation of undercutting Irish/EU products with cheaper imports via Northern Ireland and (2) in a region where the border is impossible to fully monitor and where there is a long history of smuggling?

Second, how will the UK government square its suggestion to maintain full regulatory equivalence with the EU on agri-food measures with its global trade agenda? Will agri-food be off limits in trade deal with the US – where chlorinating chicken is just one of a number of US practices that does not meet EU rules? Or would UK producers be expected to continue to follow EU rules while being undercut by imports? If the latter, the promised “robust enforcement mechanism” would see the UK fund a scheme to protect the integrity of the EU market while undermining its own domestic production.

Still a long way to go

In conclusion, despite the UK’s government embrace of Michel Barnier’s call for “flexible and imaginative solutions” which “cannot be based on precedents” its own “innovative and untested approach” can only be seen as a small step towards finding a solution for the Brexit challenges facing the island of Ireland.

Dr Viviane Gravey is a Lecturer in European Politics at Queen’s University Belfast and a co-chair of the Brexit & Environment network.