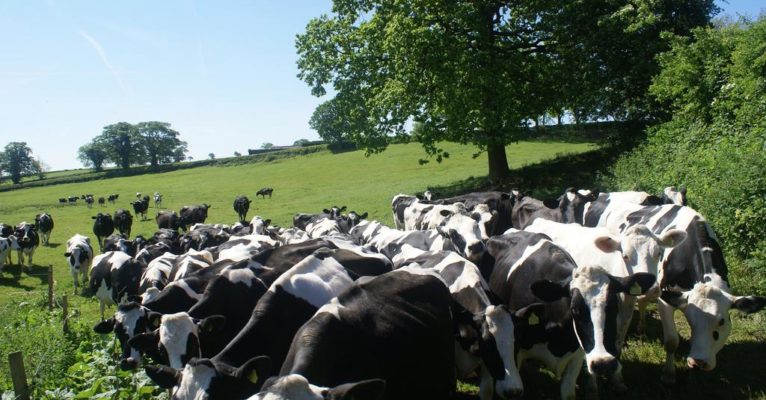 An on-going issue for post-Brexit environmental policy and animal welfare concerns whether and which environmental principles will apply in the UK once we leave the EU. The passage of the EU Withdrawal Act (EUWA) saw the adoption of an important amendment that required the UK government to bring forward a list of environmental policy principles and a detailed policy statement explaining how the principles will be applied. However, there was one notable absence – a principle recognising animal sentience. Article 13 of the Treaty on the Functioning of the EU recognises animals as sentient beings – that is, as individuals capable of feeling pain and emotion – whose welfare should be respected. However, as yet, there is no formal legislative commitment to enshrine a similar legal recognition in UK law.

Secretary of State for Environment, Food and Rural Affairs Michael Gove did release a statement on this issue in November 2017 confirming that after Brexit, animals will continue to be recognised as sentient beings. The statement emerged after a furore over MPs’ decision to reject Caroline Lucas’s amendment to include a formal recognition of animal sentience in the EU (Withdrawal) Bill.

Campaigners argued that the amendment’s rejection marked a significant step backwards in the UK’s commitment to animal protection. And they pointed out that it flies in the face of scientific orthodoxy and our ordinary moral convictions. Behavioural, neurological and physiological evidence all supports the view that a wide range of non-human animals are sentient beings with conscious experience. Furthermore, the latest evidence suggests that more animals than we realised are sentient, and that the depth and richness of animal experiences are far greater than we previously thought. Crucially, of course, we now accept that the simple fact of animal sentience has important moral and political consequences: at the very least, it gives us an obligation to reflect on how our decisions affect other sentient creatures, and to constrain our actions as a result.

Refusing to incorporate EU principles recognising animals as sentient beings means that unless further legislation is passed, upon the UK’s exit from the EU, the country’s law will no longer recognise animals as beings capable of feeling pleasure, pain, joy, or suffering. Instead, it will regard them as equivalent to rocks, bicycles, or as Caroline Lucas put it during the debate over the EU Withdrawal Bill, “sacks of potatoes”.

Secretary of State Gove, the government and MPs have responded that they are not idiots and that all of this is “fake news”. They say that it is beyond question that animals are sentient, that existing legislation recognises this fact and that the “…government will ensure that any necessary changes required to UK law are made in a rigorous and comprehensive way to ensure animal sentience is recognised after we leave the EU.”

But such reassurances still leave me worried.

In the first place, if it is indeed beyond question that animals have sentience, why reject the amendment? Gove argued that the Withdrawal Act was ‘not the right place’ to recognise animal sentience. But the EUWA seems like a far better place to recognise it than a Statement rushed out in response to pressure from animal advocates.

Furthermore, it is quite wrong to suggest that existing legislation formally recognises animal sentience: it does not. And while it is obviously true that we have a number of animal welfare laws, those laws can be amended, watered down and repealed. Formal recognition of animal sentience – which was guaranteed by EU law – helps prevent any such backsliding, and also puts us in line with other countries around the world.

For example, the Indian Constitution enshrines a duty on all citizens to “have compassion for living creatures”, and grants legal standing to animals’ representatives. The Brazilian Constitution requires the government to “protect the flora and fauna” and to prohibit practices that “subject animals to cruelty.” The Swiss Constitution has enshrined animal protection, mandating legislation on the issue in a range of contexts, and recognising the dignity of all living beings, including animals. Since 2002, the German Constitution has included animal protection as a state objective. And France, Portugal and New Zealand have all recently recognised the legal status of animals as “sentient beings”. Within the UK, the Scottish Government has also committed to an on-going recognition of animal sentience.

Gove suggests in his statement that if it is deemed ‘necessary’, the UK might follow these states’ examples, and make its own changes to UK law to recognise animal sentience. But given that he has already told us that it is not necessary; and given the rejection of the amendment, how confident can we be about this promise?

In a post-Brexit future, where the UK is grasping for friendly trading partners while also trying to ensure a consistent supply of affordable food, there are genuine reasons to be concerned about the resilience of our animal welfare laws. I and others worry that the failure to recognise the sentience of animals has opened the door to a “race to the bottom” in terms of animal protection.

The UK government has claimed that it is genuinely committed to the highest animal welfare standards post-Brexit. Its commitment to make CCTV mandatory in all slaughterhouses gives us some reason to be hopeful. But we would have much more reason to be hopeful if the EUWA had recognised animal sentience. CCTV in slaughterhouses will not significantly improve the lives of animals if our laws regard them as inanimate objects without the ability to feel pain and experience harm. The Environmental Principles and Governance consultation launched by the government closes on August 2nd – this exercise provides another opportunity for the principle of animal sentience to be recognised and made a formal part of post-Brexit UK animal welfare policies. Michael Gove has stated he is committed to a green Brexit and high animal welfare standards. Formally recognising animal sentience would be one way to demonstrate that he means it.

Dr Alasdair Cochrane is a Senior Lecturer in Political Theory at the University of Sheffield. This post updates an earlier piece he wrote for Sheffield Animal Studies Research Centre (ShARC).

Image courtesy of the University of Nottingham.