UK under dangerous pressure to lower its sustainability commitments 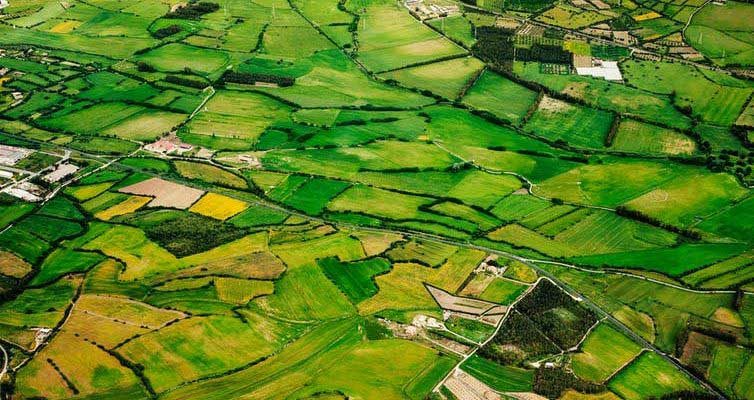 It’s not surprising that the government’s recent white paper was controversial. “Taking back control” of UK regulation was one of the main objectives of the Leave campaign. But the white paper suggests that the UK will maintain the EU’s approach to a huge range of environmental, consumer protection and food safety regulation, by maintaining a “common rule book” with the EU for trade in goods.

Or does it? According to the government, this “common rule book” only applies to rules that must be checked at the border. It isn’t obvious which rules apply. Speaking to the Environmental Audit Committee, the environment secretary, Michael Gove, recently concluded that while the UK will share food and animal and plant health regulation, it will go its own way on many issues, including “the way in which our food is grown”.

His comment seems to deny that much of EU agrifood regulation deals precisely with the process by which food is grown. This includes what pesticides can be used, and in what quantities, prohibitions on the use of hormones in farm animals, and so on.

The white paper suggests some areas where the UK and EU could recognise that their regulation is “equivalent”, including organic labels. While this may seem like a technical distinction, in fact it is quite a central debate between the EU (which says the UK must follow its approach exactly) and the UK (which has argued that as long as its outcomes are equivalent, it should be able to go its own way).

So what on first glance seems like broad regulatory harmonisation is, upon further inspection, unclear in terms of its scope and coverage. The UK is clearly trying to maintain some wiggle room.

In terms of non-goods related environmental legislation, such as rules for air pollution, species protection and habitat preservation, the white paper does not call for a common rulebook. Instead the UK government states that it won’t lower standards, and also commits to uphold international standards and agreements.

This may sound inspiring, but in fact such commitments, known as “non-regression” clauses, are included in most EU free trade agreements – and have been widely criticised for doing precisely nothing.

The government’s white paper states that its EU trade relationship will most closely approximate an “association agreement”. These vary widely – but by means of contrast, the EU-Ukraine DCFTA agreement, sometimes held up as a potential model for the UK-EU relationship, also contains commitments to harmonise with a broad range of environmental regulation. These don’t just include those that are related to trade in goods, but also air quality, climate change, public participation in environmental decision making, and environmental impact assessment.

Of course, it’s fine for the UK to go its own way on environmental legislation, as long as it is able to maintain – or even improve, as Gove has suggested – EU levels of protection. And the UK government, at least initially, will adopt EU environmental laws, in the process of “transposing” them into domestic law. But this process is far from automatic, as the UK must replace the many monitoring and enforcement functions that the EU currently undertakes.

There are ongoing consultations about how to replace these functions with a UK “environmental watchdog”. But fines for noncompliance, something that the EU employs, seem to be off the table in the discussion of options for the UK’s environmental watchdog. This raises concerns about whether the UK will have an equivalent ability to uphold environmental rules.

Caught between the EU and the US

The precautionary principle is a good example to consider. It justifies a conservative approach to assessing risk on the basis that there may not yet be enough conclusive scientific evidence to establish environmental harm. The precautionary principle forms the basis of a number of EU bans or restrictions on US products. Donald Trump’s disparaging comments about the prospects for a UK-US trade deal under the white paper model reflect the US administration’s position that the UK should move toward its approach to regulatory approvals in areas such as GMOs, food additives, chemical washes for meats (including the infamous “chlorinated chicken”), which it describes as “science-based”.

Furthering this concern, the white paper confirms that the UK will pursue membership of the CPTPP trade agreement, a signed, but not-yet ratified, trade agreement between Australia, Brunei, Canada, Chile, Japan, Malaysia, Mexico, New Zealand, Peru, Singapore and Vietnam. However, the CPTPP’s “regulatory coherence” chapter arguably goes against the EU’s “precautionary” approach in this area.

So what can we expect of the UK’s sustainability in the future? A lot seems to hang on trusting Gove’s assertion that the UK would only ever want to raise its standards. The UK is facing external pressures from the US, India and other countries to relax consumer protection standards. On top of this, there is a strong domestic lobby, led now by David Davis, the former Brexit secretary, arguing that the UK should not dampen its international competitiveness with pesky EU environmental standards.

The recent rebellion on the Customs Bill does not undermine the UK’s commitment to a “common rule book” with the EU. But in light of international pressures, as well as the prospect of weakening UK environmental monitoring and enforcement, Gove’s promises form a pretty shaky foundation for UK environmental standards.