Environmental commitments in the Withdrawal Agreement 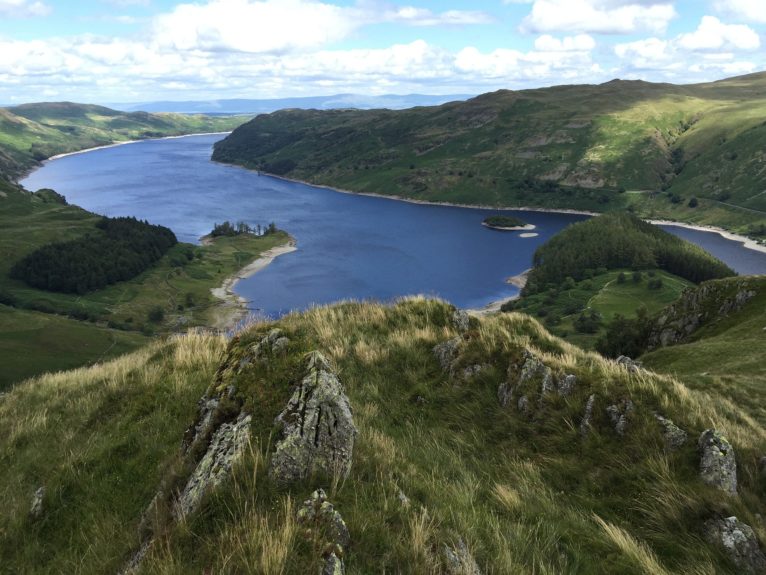 Trying to make sense of the Withdrawal Agreement agreed by the Cabinet on 14 November is not straightforward (and political upheavals may render this a pointless exercise). However, at this early stage it is worth highlighting that the agreement contains some interesting provisions on environmental law and governance that extend beyond the end of the transition period.   These seem to resolve some of the issues left open in the DEFRA consultation earlier in the year and thus to pre-empt the promised Environment Bill.

The Draft Agreement on the withdrawal of the United Kingdom of Great Britain and Northern Ireland from the European Union and the European Atomic Energy Community  is 586 pages long (with no Table of Contents) and there are environmentally relevant provisions scattered throughout the text, e.g. in relation to information sharing.  Some provisions deal directly with particular environmental issues, e.g. articles 79-85 on the consequences of withdrawing from Euratom, but the aim here is to highlight one set of provisions of more general environmental significance: Part 2 of Annex 4 (p.356 onwards). This Annex is part of Protocol on Northern Ireland/Ireland, the so-called “backstop” which will come into effect if the future UK-EU relationship is not settled by the time the transition period ends in December 2020 (this backstop is designed to prevent a hard border on the island of Ireland).

In terms of the content of environmental law, the Protocol includes a commitment to continue to respect environmental principles, namely the precautionary principle, the preventive principle, rectifying environmental damage at source and the “polluter pays” principle.  It also involves a commitment to non-regression, namely to ensuring that “the level of environmental protection provided by law, regulations and practices is not reduced below the level provided by the common standards applicable within the Union and the UK at the end of the transition period” in relation to a list of areas that cover all the main topics of EU environmental law, including pollution control, nature conservation, climate change and public participation.  There have been arguments for including the non-regression principle in UK law – originally as the EU (Withdrawal) Act 2018 was being debated and now as plans for an Environment Bill are being made – and it seems that the Government is happy to accept a commitment to this effect.

On more specific measures, the Protocol enables the Joint Committee (the body that will deal with EU-UK matters during the transition period) to lay down minimum commitments that will apply after the end of the transition period for reducing national emissions of certain atmospheric pollutants, for the maximum sulphur content of marine fuels and for best available techniques and emission levels for industrial emissions.  The UK also commits to introducing a carbon pricing system “of at least the same effectiveness and scope” as the EU Emissions Trading System.

In the event of a dispute, however, all these matters lie outwith the scope of the arbitration mechanisms that will resolve most matters arising from the main Withdrawal Agreement.

In terms of governance, the acceptance of commitments under the Protocol appears to settle the Government’s position on several aspects of the future arrangements for environmental oversight and enforcement, prior to the release of the draft Environment Bill required under the EU (Withdrawal) Act.  The commitments under the Protocol include “ensur[ing] that administrative and judicial proceedings are available in order to permit effective and timely action by public authorities and members of the public against violations of its laws, regulations and practices, and provide for effective remedies, including interim measures, ensuring that any sanctions are effective, proportionate and dissuasive and have a real and deterrent effect.”  This largely echoes the existing obligations under the Aarhus Convention, but notably omits the requirement that the public’s access to justice should not be “prohibitively expensive”.

Moreover, it is provided that: “The United Kingdom shall implement a transparent system for the effective domestic monitoring, reporting, oversight and enforcement of its obligations [under the Protocol] by an independent and adequately resourced body or bodies.”  This body will be able to conduct inquiries at its own initiative and in response to complaints, have powers to request information and do other things necessary for its task and have the right to bring legal actions before the courts.  Again, although this is in line with what was widely expected to be proposed following the consultation of environmental governance, the actual commitment seems to settle some of the questions that were still open as regards the nature and powers of the proposed oversight body.

There will, however, be further questions over how this commitment made at the UK level will be implemented in areas of devolved responsibility.  The Protocol allows for an independent “body or bodies” rather than requiring a single UK one, but does set some constraints on what must be provided across the UK.  The UK Withdrawal from the European Union (Legal Continuity) (Scotland) Bill – if it survives the Supreme Court – requires the Scottish Government to consult on “effective and appropriate governance relating to the environment”, including compliance with the law.  The UK’s need to observe the terms of the Withdrawal Agreement would seem to set some parameters for what can be proposed if the Protocol’s requirements are to be met across the whole UK.  These may not be unwelcome in substance, but would provide a further example of how the UK’s responsibility for foreign affairs, including relations with the EU, can cut across devolved responsibility for many matters.

Aside from the bigger issues that are attracting the headlines, the Withdrawal Agreement and its Ireland/Northern Ireland Protocol seem to reveal in a way that is clearer than before the Government’s current thinking on two aspects of UK environmental law.  Firstly, we now have a clearer idea of the broad shape of the environmental oversight body that we can expect to see being proposed in the Environment Bill.  Secondly, in contrast to the de-regulatory rhetoric that was so strong during the Leave campaign, the Agreement reflects the Government’s continuing willingness to maintain environmental standards in parallel with the EU.  How long the Agreement and that willingness will survive is anyone’s guess as I write this.