The Supreme Court’s decision on the Scottish Continuity Bill: Implications for environmental governance 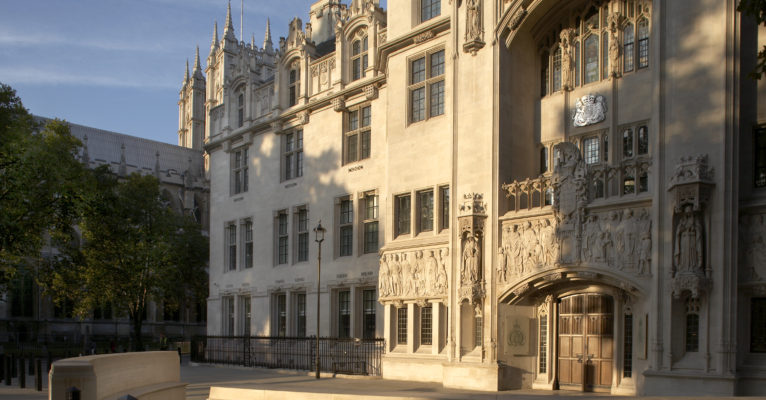 The Supreme Court’s decision on the validity of the UK Withdrawal from the European Union (Legal Continuity) (Scotland) Bill gives constitutional lawyers plenty to discuss, but also has short-term implications for the future of environmental governance in Scotland.  The provisions in the Bill that have consequences for environmental matters are among those that have been struck down.  Accordingly the Scottish Government’s plans on environmental principles and governance may need some adjustment.

Detailed examinations of the Court’s decision can be found elsewhere, e.g. from Prof Mark Elliott.  In essence, though, the Court held first that the UK Government’s broad arguments that the whole Bill was outside the competence of the Scottish Parliament failed.  It also held that the Bill could not be characterised as relating to international relations and thus trespassing on reserved matters.

Secondly, though, it was noted that in the European Union (Withdrawal) Act 2018, the UK Parliament had legislated in such a way that there was no scope for the Scottish Parliament to make any different arrangements for how EU laws are carried over into domestic law when Brexit takes effect.  Thus those specific provisions of the Scottish Bill that differ from the UK Withdrawal Act could not survive (even though it was only after the Scottish Bill had completed its parliamentary stages that the key provisions in the Withdrawal Act were added).

Accordingly, where the Scottish Bill differs from the UK one, it is the UK provisions that must be applied.  Possibly the most important consequence of this is that the Scottish Parliament’s decision (s.5) to maintain the EU Charter of Fundamental Rights as part of the law is overridden.  In environmental terms this is significant because Article 37 of the Charter states that: “A high level of environmental protection and the improvement of the quality of the environment must be integrated into the policies of the Union and ensured in accordance with the principle of sustainable development.”

The preservation of the Charter in Scotland would thus have given legal status to the need for strong environmental protection, for ensuring that environmental concern is incorporated in all areas of activity and for respect for sustainable development.  Without this in place, some other route must be found if these overarching objectives are to be given clear status.

At a more detailed level, when referring to the environmental principles which can survive into post-Brexit domestic law, the terms of the UK Act must be followed, freezing the principles as interpreted by the Court of Justice of the European Union up to “exit day”.  The Scottish Bill, in contrast, had required them to be interpreted in accordance with the Court’s interpretation “from time to time” (s.26A), ensuring alignment with post-Brexit developments in the European Court’s understanding and application of the principles.

These points are significant because the Scottish Government is preparing proposals for a consultation on environmental principles and governance, as required under the Bill.  These will no longer be able to operate on the basis of the environmental objectives embedded in the Charter providing overarching guidance, whilst the interpretation of the principles will not definitively stay in step with post-Brexit EU jurisprudence.

The future is uncertain. Adam Tomkins, the Scottish Conservative spokesman, argued that the Continuity Bill should be abandoned since its role in providing for a different framework for carrying EU law over into domestic law has been thwarted. The other parties, though, seem to favour some future for the Bill.  A revised Bill would be likely to include the legislative commitment to producing proposals on environmental principles and governance – although these are almost certain to emerge even if the Bill does fall.

Both the UK Withdrawal Act and the Scottish Continuity Bill call for the production of proposals on environmental governance and principles (albeit using different lists of principles).  If nothing else, the dispute over the Bill’s validity has meant that it will not be possible for the Scottish proposals to appear alongside those for England, whose release is imminent.  There has been widespread support for constructive dialogue on the alignment of the future structures for environmental governance across the UK, but the timetables in Scotland and England have been forced to diverge.  The desire to align the provisions on converting EU law into domestic law has only diminished the likelihood of environmental governance being well co-ordinated in the near future.