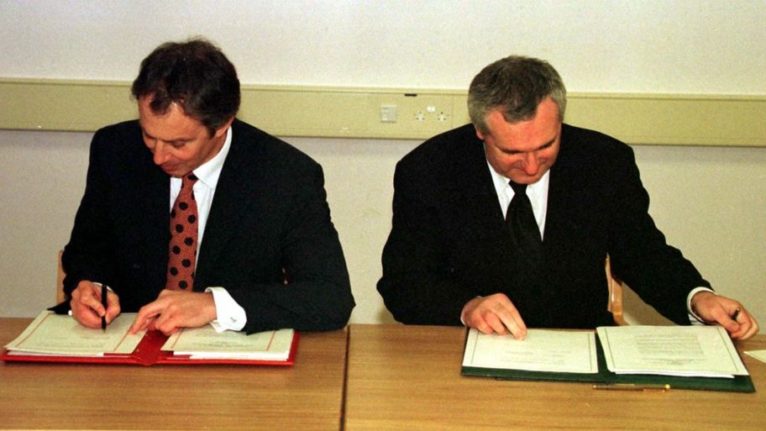 The island of Ireland is a single bio-geographic unit, with common geology, landscapes, water catchments, and flora and fauna. Ecosystems are complex, interconnected webs that do not respect political boundaries or borders. In Lough Foyle – an estuary divided by the border between Ireland and Northern Ireland that is also a Ramsar Wetland site – salmon do not know where the jurisdictional boundary is drawn. The maintenance of environmental integrity on the island of Ireland requires a cross-border, co-operative approach between Northern Ireland, Ireland and the UK, founded on common regulatory frameworks, together with effective and even enforcement of those regulatory frameworks.

Some of the main threats posed by Brexit involve:

Other risks include a potential reduction in the ability to take joint action on prosecution of cross-border environmental crime and a loss of the protections afforded by the EU Charter on Fundamental Rights.

Overall, this means that Brexit presents a challenge for instituting and maintaining cross-border cooperation.

How can the Good Friday/Belfast Agreement help?

Potentially these obstacles could be tackled by making greater use of the GF/BA guarantees, bodies and institutions as a vehicle to maintain policy alignment and regulatory alignment.

The Bill of Rights for Northern Ireland could provide an important replacement for some of the human rights protections lost with the UK’s withdrawal from the EU Charter on Fundamental Rights.

The character of the GF/BA as an instrument of constitutional and human rights law, and its institutionalisation of the ECHR into Northern Ireland and Irish law, could provide a potential avenue of legal redress for individuals should they be adversely affected by lowered standards of environmental protection.

Guaranteeing the current cross-border project funding streams should be a top priority, as should effective environmental enforcement in Northern Ireland and Ireland.

However, perhaps the most significant aspect of the GF/BA for post-Brexit environmental co-operation can be found in the cooperative bodies it creates:

Only flexible and innovative solutions can overcome the novel politico-legal problems presented by Brexit on the island of Ireland. The Good Friday/Belfast Agreement created a toolkit for developing such solutions, which has unfortunately been underutilised to date. The bodies and institutions of the Good Friday/Belfast Agreement have never been more important than they are now as potential avenues for solving the innumerable problems posed by Brexit. Every effort should be made to fully exploit these mechanisms in the years to come.

Alison Hough BL is a Lecturer at the Athlone Institute of Technology in County Westmeath, Ireland. She practiced as a barrister for 8 years and now lectures on environmental law and other subjects. Alison’s research interests and publications primarily lie in enhanced public participation, the Aarhus Convention, and more recently, Brexit.