Is the Supreme Court decision good for the environment? 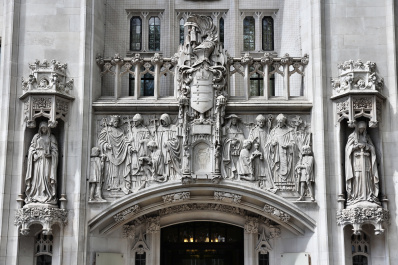 London, United Kingdom - Middlesex Guildhall, home of the Supreme Court of the United Kingdom.
The UK Supreme Court ruled on the Government’s Article 50 Appeal on 24 January. In a guest blog post for the Green Alliance’s Inside Track blog, Viviane Gravey argues the Court’s decision is second best for the environment, as it sidelines strong Green Brexit advocates in the devolved administrations and offers opportunities but no guarantees for environmental concerns to influence negotiation brief.

“From an environmental perspective, a parliamentary vote is a second best option” https://t.co/DoQfC3ZbEq