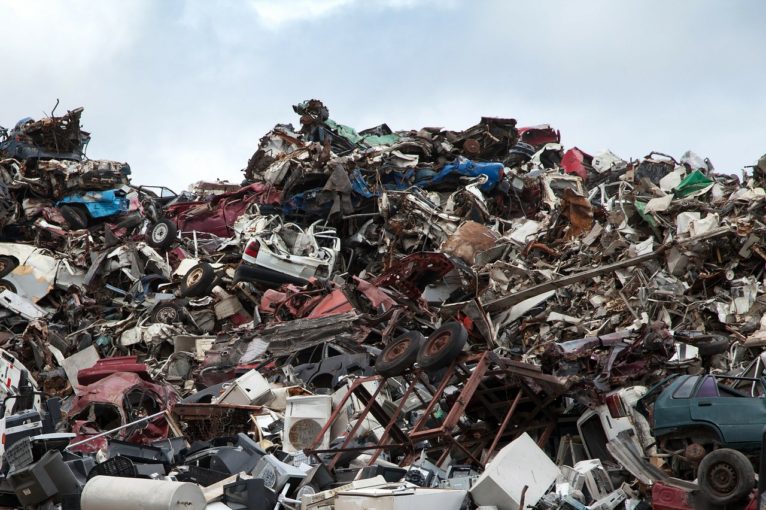 On 18 December 2018, Defra launched its strategy for waste and resources – Our Waste, Our Resources: A Strategy for England. This is momentous in itself, as the waste sector has frequently bemoaned the absence of an up-to-date strategy for England. Flatlining recycling rates were read as evidence of policy disinterest and austerity, with English lethargy on waste standing in marked contrast to the ambition shown in Wales and Scotland.

Reactions from the environmental press have largely showered the Strategy with plaudits, not just for showing up but for the strides being taken forward on an array of issues, including extended producer responsibility in the packaging sector, eliminating avoidable plastic waste, waste-minimising design, food waste collection and – though still up for consultation – deposit return schemes on plastic bottles.

But can the Strategy tell us anything about the wider trajectory of UK environmental policy as we leave the EU? Or about Michael Gove’s ‘Green Brexit’? And is the Strategy likely to be more impacted by the consequences of Brexit than the government is letting on?

Signs of a Green Brexit?

On first blush, the Strategy dampens environmentalists’ anxiety that Brexit necessarily ushers in a period of environmental policy inertia, where threats to economic growth are used to justify further deregulation and minimise the environmental responsibilities of business. In the emphasis given to producer responsibility, and the series of eye-catching aspirations, the Strategy could be chalked up as another win for Defra under Michael Gove’s leadership. High-profile domestic campaigning pressure on plastics has undoubtedly strengthened Defra’s hand: the campaigns are referred to throughout the Strategy; so too are the numerous private-sector led initiatives.

The European Union – no longer in the driving seat?

As with the 25 Year Environment Plan, the Waste Strategy is remarkably coy on anything to do with the EU. There is little recognition of the EU’s role in driving more environmentally sustainable approaches to waste across the UK. The Strategy’s dominant phraseology is the UK showing ‘domestic and international leadership’, coupled with references to matching or exceeding (‘where economically practicable’) the requirements of EU Directives.

Those who have followed the actions of the UK Government in shaping the EU’s package of legislation on the Circular Economy might question whether this characterisation of leaders and followers accurately describes events. Moreover, closer examination of the Strategy’s timeline of targets shows those on recycling household waste and disposal to landfill remaining pegged to the EU’s Circular Economy Package of legislation.

One main area of possible divergence is in the metrics that underpin policy. The EU’s reliance on clunky, weight-based measures as a pragmatic basis for forging cross-EU consistency have long been criticised for their ecological irrationalities. The Strategy reflects the UK Government’s stated desire to move towards metrics like natural capital and carbon that it believes better reflect actual environmental impacts.

The Strategy also outlines a programme of reviews for producer responsibility for electronic waste, batteries and end-of-life vehicles, but action in these areas points to a future governance challenge for post-Brexit Britain. In an era of connected markets and international manufacturing, many of the Government’s ambitions for products would have more bite and reach if UK goals could be up-scaled to inform EU standards. That is the logic of acting at supranational level, but outwith the EU we just don’t know how this will play out. Defra’s new-found ambition on waste may give us some early lessons on the difference between sovereignty and power.

The power of the Waste Strategy is also closely intertwined with the Environmental Principles and Governance legislation now beginning its journey through Parliament, especially the teeth to be given to the new ‘Office for Environmental Protection’. Waste is a policy area where the EU’s ability to impose fines for infractions kept Government focused on meeting targets; early signs are that the OEP will lack such powers.

The Strategy is also somewhat minimalist on devolution. At one level, this is no surprise: waste policy is substantially devolved and Defra largely governs for England.  Alongside a scattering of references to ‘working with the devolved administrations’, there is a recognition that aspects of waste policy related to traded products – whether it be product standards, producer responsibility or waste trade itself – have operated on a UK-wide basis. Maintaining ‘the functioning of the UK Internal Market’ will thus discipline the scope for divergence. The Scottish and Welsh Governments may feel that the substantive risks from this situation have been ameliorated somewhat, now that Westminster has come to share much of their zero-waste agenda.

Nevertheless, and not for the first time, one may wonder whether the arenas and processes for collaboration on common issues are fit for purpose, and the waste agenda throws up some early challenges. For example, the preference expressed in the Strategy for a single UK-wide deposit return system for single-use drinks containers may run up against Scotland wanting to go faster.

Where the approach to devolution falls down is in Northern Ireland. One of the goals of the Strategy is to reduce waste exports in favour of domestic recovery of the resource value. Although the Strategy doesn’t say it explicitly, this may be a sensible response to future post-Brexit trade arrangements that make exporting refuse-derived fuel to continental Europe more difficult.

But treating exports as undesirable could create real problems for the island of Ireland, where the permeability of the border has facilitated large-scale movements of waste heading north and south for treatment or disposal. The small size of the populations and markets in Northern Ireland and Ireland make autonomous solutions without ‘exports’ very difficult.

As with much of the discussion around a Green Brexit, the EU Withdrawal Agreement and any future relationship with the EU may end up being more important determinants of what happens with waste than Defra’s strategy.

Professor Richard Cowell is Professor of Environmental Policy and Planning at Cardiff University.