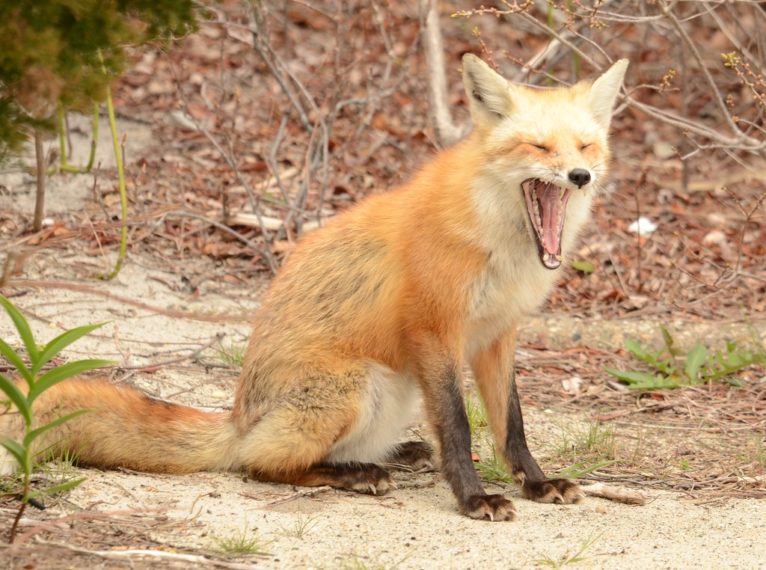 "Fox" by this is for the birds is licensed under CC BY-NC-ND 2.0

The Environment Act 2021 has a long title that is as modest (‘An Act to make provision about targets, plans and policies for improving the natural environment, for statements and reports about environmental protection…about waste and resource efficiency…about water…’) as the Government press release following Royal Assent is grand, claiming the Act is ‘world leading’. However, high claims have not been the exclusive preserve of the Government. The Greener UK alliance, a pool of talent among environmental non-governmental organisations established in order to shape post-Brexit legislation for the good, has throughout the legislative process urged the Government to set an example to others. One section of the Act (section 3, imposing a duty on the Government to set targets to halt species decline by 2030) is a striking fruit of this lobby, and is trumpeted by the Wildlife and Countryside Link as ‘world leading’. In the round, however, the Act is a gradual step, which promises a ‘Green Brexit’ over time, including in ways highlighted below.

Beginning at the most general, structural level, it is clearer now than at the outset of the legislative process that there is not the political will for Parliament at Westminster, through this Act, to perform a radical post-Brexit rewriting of the domestic environmental statute book. With the benefit of hindsight it is obvious that the Act was always going to be an incremental measure, building on domestic environmental enactments dating back years, decades, and even centuries (eg Environment Act 1995, Environmental Protection Act 1990, the Control of Pollution Act 1974, Clean Air Act 1956, National Parks and Access to the Countryside Act 1949, Alkali etc Works Regulation Act 1906, Rivers Pollution Prevention Act 1876). This is reinforced by changes in the UK territorial constitution over the course of, but entirely independent of, the country’s EU membership, by which the Act is confined largely to ‘reserved matters’ in respect of the UK as a whole, as well as to England and Northern Ireland.

The humbling impact of devolution in this respect is illustrated throughout the Act, but particularly in regard to ‘environmental governance’. The clearest example of this concerns enforcement. The ‘gap-filling’ Office for Environmental Protection for the UK that Michael Gove, on becoming Environment Secretary, planned to have based in Aberdeen – with Scottish Executive approval – has not transpired. The OEP as enacted is a Worcester-based body largely covering England and Northern Ireland, with separate arrangements for Scotland and Wales. This is not a criticism, but, rather, a reflection of the extent to which many of the protagonists (the Government, the official opposition, and Greener UK) have had to shift their goals as the process has unfolded. As enacted, the Act is less of the Kingdom-wide measure that ministers and NGOs (not too secretly) hoped for. It is more diverse, pluralistic, and decentralised. These are very good qualities for the Act to have.

The same is true of the Act’s incremental building on the country’s environmental law (and practice) heritage. There is a well-developed environmental policy literature commenting on the phenomenon of path dependency, according to which the future is, if not determined, then shaped by the past. This is particularly salient. The country that invented global industrialisation also invented policies, laws and practises aiming to arrest its environmental devastation. Each – industrialisation and the culture embedded in its domestic legal responses – are as inescapable as the other. I have explored some of this in The Environmental Case for Brexit. Leaving the EU is on opportunity to reengage with a ‘British way’ of addressing environmental problems.

Rather than being a monolithic path, the ‘British way’ has at its core a series of contests. These range from the priority to be accorded to the environment vis-à-vis other considerations, the appropriate regulatory tools among a variety of conceivable alternatives, the merits of regulatory discretion allied to public participation in decision making compared to more ‘legalistic’ approaches, the role of policies relative to principles, the desirability of negotiated compliance with regulatory law over stricter, formal enforcement, and so on. The present Act is a vivid illustration of this. At almost every juncture the Government has steered a course between opposing claims, including perhaps most fundamentally about the priority to be accorded to the environmental protection through regulation relative to individual liberties (among them heavy-weighing economic ones). To describe it as an exercise in the art of trading-off competing considerations may sound trite, but it is crucial to an appreciation of the Act’s achievements.

For example, in terms of the Government’s position in relation to that of the ‘progressive opposition’ (in Parliament and outside), the Government has conceded ground sparingly. It has said ‘yes’ to a gold plated biodiversity target (safe in the knowledge that as a target it has inherent flexibility), but ‘no’ to legislating for WHO guidelines for fine particles (PM2.5) of 10 µg/m3. It has said ‘yes’ to a duty on sewage undertakings to avoid harmful storm water discharges but ‘no’ to putting an hourly or daily limit on discharges independent of harm to aquatic life form (the early post-war dilute and disperse mantra is recalled here). In other words, when invited to eradicate pollution or other environmental harm, it has aimed ‘lower’, because (taking the example of air quality) the public will accept a measure of unhealthy levels of particles so long as cars have brakes, bicycles have tyres, and shoes have rubber soles and so on. Or that is what the Government calculates.

This, then, is the crux of the Act, namely a shift away from the recent regulatory status quo of a (necessarily) formal, legal EU Treaty framework, subjugated (if that is not too strong a word) to a massive single market, to a more open textured arrangement situated within a nuanced paradigm of common law/political environmental constitutionalism, supporting a small internal market. In this respect the long title to the Act with which the blog began provides a fitting end. Something very telling – something that is defining of both EU membership and the Government’s idea of Green Brexit – is missing: ‘principle’. This is because the Act is fundamentally an elevation of policy. That shift may well be successful, but it will require civil society to be fully engaged, and as creative in shaping policy as it was in the case of Friends of the Earth’s ‘return to sender’, reusable bottles campaign fifty years ago (‘Don’t Let them Schhh… on Britain!’).