Will the Environment Bill be a force for greener planning? 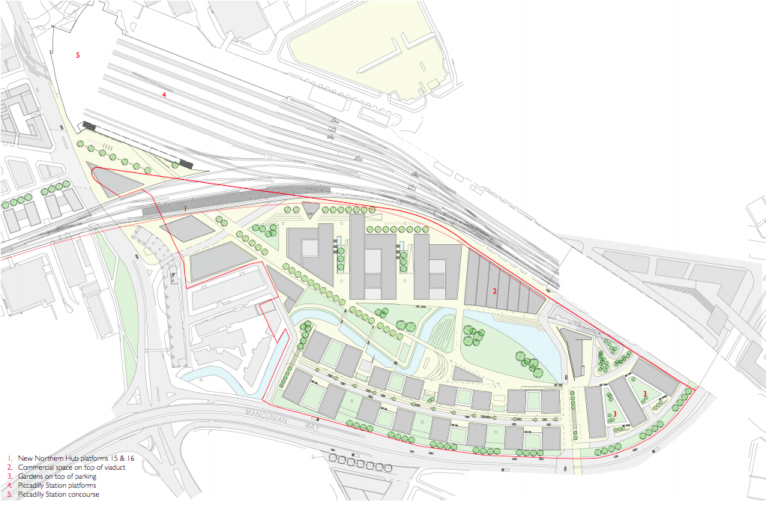 The draft Environment (Principles and Governance) Bill is rightly attracting a great deal of attention. It is the flagship legislation by which the UK Government aims to reduce the ‘environmental governance gap’ created by Brexit, when the UK will lose a host of oversight and enforcement functions that the EU currently provides.

Much attention has been given to comparing the powers of the proposed new watchdog, the Office for Environmental Protection (OEP), to those provided by the EU (the general consensus is that the proposals currently fall well short). However, there is another important aspect of the Bill that is attracting scrutiny: to what extent will the new arrangements apply to the land use planning system?

The draft Bill tries to reconcile two goals: to create a new, independent environmental body while also avoiding undue overlap with existing government institutions and procedures. The Bill is silent on the precise ambit of the OEP but the explanatory notes, in attempting to clarify, have caused confusion. This partly stems from the way the Bill ties the operation of the OEP to ‘environmental law’ but then the explanatory notes appear to exclude planning from its definition (para 212).

For complaints and enforcement action, the explanatory notes to the Bill indicate that the OEP should use substantive rather than sectoral grounds to define its priorities, focusing ‘on those cases with ‘national implications’ (emphasis added), but adding that this would normally exclude most ‘individual local planning … decisions’ (para 113). The OEP would only weigh in on serious cases after existing appeals and complaints procedures had been exhausted. Otherwise there is recognition that only so much can be clarified ex ante.

Instead the Government is proposing that the OEP will set out how it will deliver its functions ‘in a strategy that recognises where extensive governance already exists, for example in the planning system’ (para 108). Herein lies another reason for ensuring the OEP has genuine independence, so that it can define its sphere of operations on substantive environmental grounds, immune from any potential ministerial turf wars.

Much is at stake in this search for clarity. Giving the OEP oversight, complaints handling and enforcement roles in relation to planning could be a major step towards finally delivering a more coherent system of environmental protection, in which the operation of planning becomes more closely aligned with the delivery of environmental goals.

Previous assessments of the planning system have called for this. The Royal Commission for Environmental Pollution did so back in 2002; then a cry in the wilderness, but momentum is shifting. The Government’s moves to place ten goals from the 25 Year Environment Plan on a statutory footing is another step towards an outcome-oriented environmental policy system; so too is the Future Generations Act in Wales. For both, planning is a prime delivery agent.

These moves would come with support from the planning profession.  Recent research for the Royal Town Planning Institute showed most practitioners are supportive of the way that EU legislation had instituted firm environmental goals and targets, and keen to see ongoing goal-orientation in their work, especially if it comes with more flexibility in the means by which goals are met.

Bringing planning firmly within the Government’s new environmental governance machinery undoubtedly faces major challenges. It would represent a defining change of direction, with most post-2010 planning reforms having served to weaken the planning system’s environmental role in the name of growth, house-building and competitiveness. It would also entail cultural change: decision-making norms in planning have tended to be longer on procedural compliance and balancing competing factors than on delivering environmental goals. Giving the OEP the power to investigate complaints from the public about failure to comply with environmental law, accessible for free, would represent the kind of enhancement of third-party rights of appeal in planning that UK policy-makers have generally resisted. That said, Ireland has long had third-party rights of appeal in planning, so there may be dividends for cross-border regulatory harmonisation.

Keeping planning out of the ambit of the OEP might side-step these challenges and fit with some commentators’ conception of ‘avoiding duplication’. But it would also create a number of risks. One such risk concerns the fate of the EU Directives on Environmental Impact Assessment (EIA) and Strategic Environmental Assessment (SEA), an important sphere for Brexit because they are expressly included in the areas of environmental law where the Backstop to the Withdrawal Agreement commits the UK Government to non-regression. The draft Bill is largely silent on them, however, perhaps because they are seen as ‘a policy area owned by the Ministry of Housing, Communities and Local Government’ (para 152) rather than Defra.

Yet EIA and SEA are key tools for aligning planning with environmental goals and, moreover, the UK Government has been a serial offender in not subjecting its plans to appropriate assessment. Right now, the Government is facing legal complaints for not subjecting their Oxford-Cambridge corridor mega-development to adequate SEA. This is clearly an area where independent oversight and enforcement could be very active, and where greater ownership of environmental agendas across government is key.

If the Bill is to provide an ‘unprecedented step forward’ for environmental protection and governance, then unhelpful sectoral boundaries such as between environment and planning should not trammel our options. Keeping the new environmental governance arrangements out of the hair of planning has only the spurious neatness of the silo to commend it; Ministers should pursue the opportunities of deeper integration instead.

Richard Cowell is Professor of Environmental Policy and Planning at Cardiff University.

One Comment on “Will the Environment Bill be a force for greener planning?”