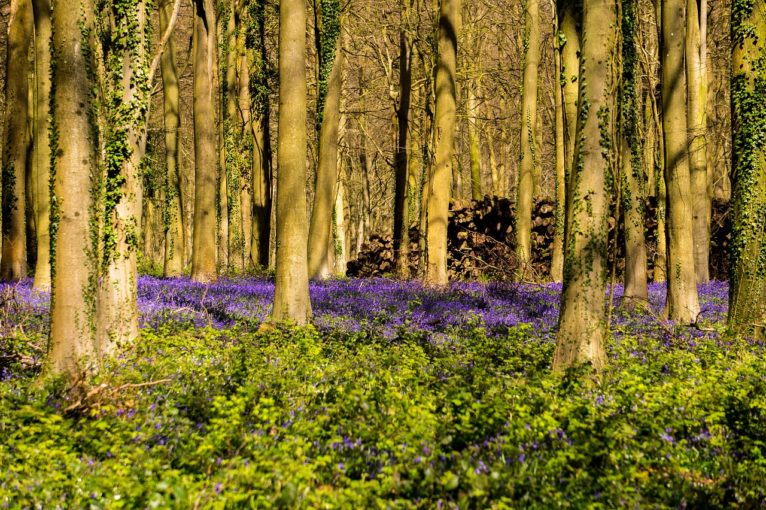 The following blog post is an interview of Brexit & Environment’s Prof Charlotte Burns by Marc Hudson (from the journal Environmental Politics). You can follow the journal on Twitter at @Env_Pol. Photograph courtesy of Dan Jones.

What would a “no-deal” Brexit mean for UK environmental policy in the short term?

It will depend according to policy area. For waste, it could see build-ups of waste that can no longer be exported. This House of Lords inquiry from 2017 is very interesting on this question.

There may be issues around the import of chemicals with knock-on effects on issues such as drinking water. A big area of concern is lack of preparedness in the chemicals sector, particularly the IT systems needed to replace EU equivalents. See this NAO report from 2018.

We could see poorer air quality near border posts due to lorry jams. There may be energy issues for Northern Ireland, which is linked to Ireland via a Single Energy Market.

It is clear from the NAO report that the UK is not ready for no deal – the 93 statutory instruments (SIs) that Defra needs to bring forward are not all in place and there have been issues with those SIs that have been brought forward.

What would a “no-deal” Brexit mean for UK environmental policy in the long term?

It depends on timeframes and what the no-deal situation is followed by. An initial no-deal Brexit could lead to a political realignment and a move towards a trade deal with the EU. In that case, after a short shock we may find ourselves roughly aligned with EU standards.

Or it could lead to a UK committed to securing trade deals with non-EU partners.

A key long-term issue is the risk of zombification, i.e. long-term policy stasis.  In the event of a no-deal Brexit, the government will be immediately concerned with shoring up the British economy and there is a risk that the environment will slip down the policy agenda and will not be updated in line with the best scientific knowledge or to adapt to emerging trends.

There is also strong concern that in the rush to secure trade deals with non-EU partners the UK will trade off current standards in order to secure a deal. Michael Gove has committed to a ‘Green Brexit’ and has stated standards will be maintained, but it is unclear whether that position is shared across government or sustainable in the face of a prolonged economic shock.

What would a “no-deal” Brexit mean for UK climate policy in the short term?

We have the Climate Change Act which ties us into statutory long-term targets for greenhouse gas emissions reductions. However, these commitments have been underpinned by EU legislation such as the EU Emission Trading System and the Renewable Energy Directive, which have helped us to meet our UK-level targets.

What would a “no-deal” Brexit mean for UK climate policy in the long term?

Potentially it would put the achievement of long-term policy goals at risk. The UK has relied upon EU financing for infrastructure investment in decarbonisation. Industrial actors prefer stable long-term policy frameworks and may well be likely to look elsewhere for investment opportunities in times of uncertainty. We are already seeing policy gaps between government commitments in the Clean Growth Strategy and what is required to meet the 4th and 5th carbon budgets.

It depends. Brexit could have both positive and negative effects. For some policies no longer having the UK in the room might mean policy gets adopted more quickly and is more ambitious. However, in other policy areas the opposite might be true.  One key question in the Council of Ministers is whether another member state moves to occupy the traditional positions adopted by the UK.

Same as for short term – here the key issue is what kind of trade deal the UK strikes and with whom. If the UK strikes trade deal with the EU, there would be relatively minimal impact on the EU as the deal would likely include principle of non-regression and long-term alignment.

But if the UK strikes trade deals with other countries, then the EU may find itself being undercut by a close neighbour if the UK cuts or weakens environmental standards to gain trade deals and or trade advantages that will have negative effects for the EU’s environment.  As a result, the EU has expressed commitment to environmental non-regression in the Political Declaration accompanying the Withdrawal Agreement.

It is generally accepted that the UK’s absence could be negative for EU climate policy due to a potential shift in balance of power amongst member states so that more climate-sceptic states have more influence.

Again, it depends! If the UK committed to climate leadership with the EU as a key strategic partner, then the UK outside the EU could confer distinct advantages when it comes to international climate negotiations.  The EU often struggles to respond quickly due to the need to secure consensus among 28 member states (soon to be 27). The UK can be a bit freer to explore different solutions at UN meetings.  The UK can also seek to secure new relationships without being tied to EU partners.

Equally, without the UK’s ambition and diplomatic expertise we may see the EU struggling to maintain its climate leadership mantle. Here the position of new Commission President and traditional environmental leaders will be crucial.  See research on environmental leadership in the Council and in climate governance more generally.

Would the UK hosting the UN climate negotiations in 2021 be pointless outside EU?

It could be really important for the UK to host the UN Framework Convention on Climate Change meeting, to underline the government’s on-going commitment to climate leadership. Environment Secretary Michael Gove has committed to ‘rivalrous emulation’ – by which I assume he means the UK will engage in a race to the top   – as the UK has a reputation for being a leader within the UNFCCC. The 2021 COP is a good place to underline and develop that reputation.

Which academics have been working on consequences of Brexit for environmental policy?

Many academics are working on these issues, my non-exhaustive list includes: 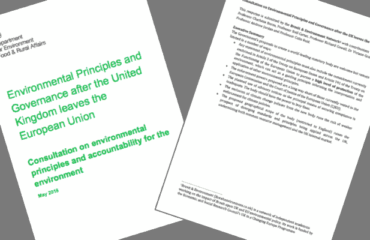