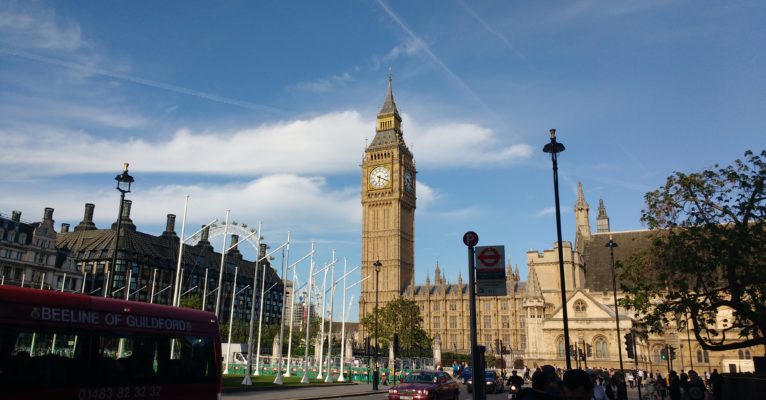 This year the environment and climate change have achieved unprecedented prominence in all the major party manifestos, which reflects the recent rapid growth in public concern.  Around a quarter of voters now identify the environment as one of the major issues facing the country. It seems that both our political elites and the wider public are finally grasping the urgency of the environmental threat and climate emergency. Yet Brexit barely features in the manifestos, even though it will have major implications for the future ambition and enforcement of UK environmental policy.

Where is post-Brexit governance?

Rather than Brexit, the big issue for all the parties is climate change and the zero-carbon economy, with ambitious targets included in each manifesto. The Conservatives stick with their existing 2050 net-zero target set by Theresa May in line with the recommendation of the independent Committee on Climate Change.

The opposition parties have embraced the scientific message that most emissions reductions need to take place as soon as possible. The Liberal Democrats pledge a 2045 net-zero target but with the bulk achieved in the next decade. Labour promises the ’substantial majority of our emissions reductions by 2030’, the SNP by 2040, while the Greens trump them all with an ambitious, but perhaps unrealistic, 2030 target.

All are proposing what Labour calls a ‘Green Industrial Revolution’: a fundamental transformation of industry, energy, transport, agriculture and buildings – with many similar policy proposals, and backed by major investment.

Labour plans a £250 billion Green Transformation Fund, partly funded by a windfall tax on the oil industry, to create one million ‘climate jobs’ in renewable and low-carbon energy and transport, and environmental protection. The imprint of careful backroom negotiations with the unions is ever-present, not just in the dilution of the party conference support for a 2030 net-zero emissions target, but also in the commitment to a ‘just transition’ for workers in fossil fuel industries to new ‘good-quality jobs’.

With Scotland particularly vulnerable to the future dismantling of the oil and gas industries, the SNP also emphasizes a ‘just transition’ strategy. So do the Greens, who also outdo Labour with the eye-watering promise to spend £100 billion annually on achieving zero carbon, partly funded by a carbon tax on fossil fuels. The Liberal Democrats commit to a more financially prudent, but still significant, 5% of government spending on climate and environmental objectives within five years.

On energy efficiency, the Liberal Democrats promise an emergency insulation programme for all homes, Labour will upgrade ‘almost all’ of the UK’s 27 million homes to the highest energy efficiency standards, the Greens will insulate all homes that need it with ‘deep retrofitting’ of a further 10 million homes, and the SNP will encourage it through tax incentives. Reducing fuel poverty is central to all three manifestos. The opposition parties will ban fracking, whereas the Conservatives have simply declared a moratorium.

Tree planting is in vogue: the Liberal Democrats and SNP promise 60 million per year, the Greens 700 million by 2030 and, post-manifesto, Labour has targeted planting an extraordinary 2 billion trees by 2040. The Conservatives also get in on the tree-planting act – promising 75,000 acres per year – but their manifesto mostly avoids specifying targets and generally displays considerably less ambition, even though current Government climate policies will fall far short of meeting their 2050 target. Relatively modest investments are promised for carbon capture and storage projects, and improving energy efficiency in homes, schools and hospitals, and there are numerous vague promises, such as to ‘work with the market’ to deliver two million new jobs in clean growth.

All the manifestos recognize the state needs to play an active role in planning a low-carbon transition, with a plethora of proposals from all parties for new laws, ministries and committees, and innovative regulations ensuring local authorities and businesses embrace low-carbon strategies. Whether Labour’s radical re-nationalization plans for the big six energy utilities and the railways would enable the low-carbon transition, or be a distraction, is unclear.

All parties, apart from the SNP, address another big contemporary issue: plastics pollution. The opposition parties will ban all plastic exports, while the Conservatives will ban only exports to non-OECD countries. The Greens and Liberal Democrats emphasise the circular economy, encouraging reuse and recycling, and both will ban non-recyclable single-use plastics. The implication of Brexit for waste policy and waste exports is curiously absent.

What about cognate policies? Environmental ambitions can only be delivered through policy integration across related sectors. The transport sector, a major source of carbon emissions, is prominent in all manifestos. There is considerable common ground. All parties promise to invest significantly in the charging infrastructure required for electric vehicles, with the opposition parties also bringing the target date for ending the sale of petrol and diesel vehicles forward to 2030 from 2040 (Scotland already has 2032), while the Conservatives promise only to ‘consult’ on the date.

There are big plans for railways, including new lines, notably in Northern England and, from the opposition parties, massive electrification programmes. More radically, Labour and the Greens would bring the railways back into public ownership. The Greens and Liberal Democrats are more progressive on aviation, notably proposing a frequent flyer tax and similar measures to reduce the number of flights, a measure notably absent from Labour’s manifesto. While the Greens and Liberal Democrats would stop the construction of a third runway at Heathrow, both Labour and the Conservatives would support it providing it meets various environmental criteria. Conservative plans to spend £28.8 billion on roads do, however, risk undermining their other progressive environmental measures.

Of agriculture and fisheries, two sectors that will be profoundly affected by Brexit, there is again limited mention. The Conservatives  will maintain funding for farmers and fishers but underpinned by the principle of public money for public goods. The Liberal Democrats will reorganize funding and similarly redirect it to environmental goods. Labour says little, but includes an ambitious aspiration for net zero carbon food production by 2040. All the main parties commit to limiting fishing to maximum sustainable yields (MSY), although the UK  is obliged to recognize that legal principle anyway. The SNP, understandably given its importance for the Scottish economy, has more detailed policies on fisheries. The elephant in the room for food and fishing is that the UK’s future trade relationships will profoundly shape future standards and funding.

Overall, this is the first general election where the UK parties are genuinely competing on the environment: it remains to be seen whether they will deliver on their promises once elected and crucially if the prominence of the environment and climate change in the manifestos is simply a one-off.

The election manifestos and the environment: Six unanswered questions