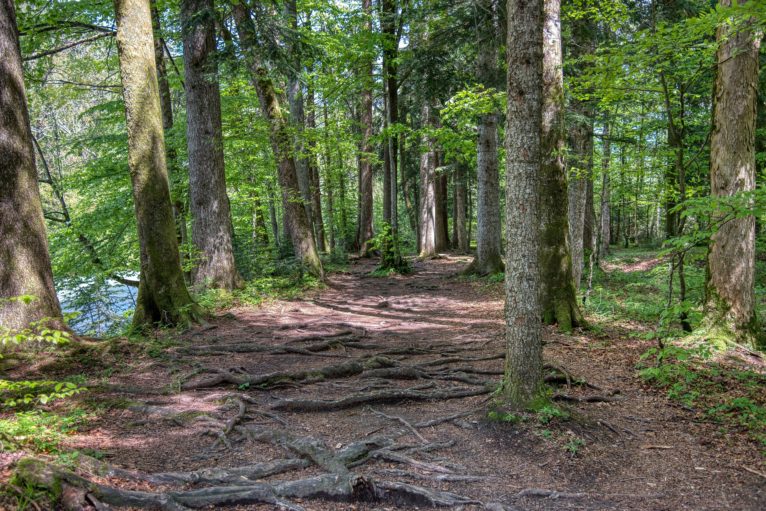 In the first of two blogs, the new status of environmental principles across the UK is considered as progress is made towards filling the post-Brexit “governance gap” in environmental matters.  The position is now becoming slightly clearer as  Environment Bill inches its way through Westminster and the UK Withdrawal from the European Union (Continuity) (Scotland) Bill has been introduced at Holyrood.  The new environmental watchdogs being created under these Bills will be looked at in the second blog that follows shortly.

The governance gap arises from the disappearance of the framework and oversight provided by the EU and its institutions which have been so influential in the making and implementation of environmental law in recent decades.  This poses two key questions:

i. Whether and how environmental principles that operate at the EU level can and should be replicated at the national level?

ii. What mechanisms can be developed to ensure that the government lives up to its environmental obligations?

Given the extent to which environmental matters are the responsibility of the devolved administrations, these are questions that are being answered differently in different parts of the UK.

Given the de-regulatory rhetoric that dominated before and immediately after the referendum, it was something of a surprise that the UK Government, led by then Environment Secretary Michael Gove, did rather belatedly set about filling the governance gap with some vigour.  This activity has led to the introduction of the Environment Bill, which gives legal status to key environmental principles, albeit indirectly, and establishes the Office for Environmental Protection (OEP) to oversee environmental compliance.  The Bill does a lot more too, from establishing statutory environmental targets and improvement plans, to detailed amendments of aspects of the law on waste, water and air quality, as well as supporting biodiversity by enabling conservation covenants and requiring new development to achieve a net gain for biodiversity.

The Scottish Government has moved more slowly but detailed proposals emerged in June 2020 in the UK Withdrawal from the European Union (Continuity) (Scotland) Bill.  These are broadly parallel to those in England concerning principles and oversight, but with several notable differences.  In marked contrast to England, the Bill also contains provisions to give effect to the Scottish Government’s policy of dynamic alignment with EU law as it evolves.

In the absence of an operating government or Assembly in Northern Ireland until early this year, there was little scope for developing a distinctive response to the environmental governance gap.  The Environment Bill contains provisions extending the scope of the OEP to cover Northern Ireland and providing for a statement of environmental principles directly parallel to that for the UK government.  The Northern Ireland Assembly has passed a legislative consent memorandum approving the Bill, but not without some concern over the need to make progress with the plans for more local arrangements to be developed.  These include the creation of the Independent Environmental Protection Agency, as promised in the New Decade, New Approachdeal that was the basis for the re-establishment of the elected authorities.

Although parts of the Environment Bill apply to Wales, the provisions on environmental principles and the work of the OEP do not.  The Welsh Government consulted on Environmental Principles and Governance in Wales Post European Union Exit in March 2019, but has still not produced its proposals.  This was noted with frustration by the relevant committee of the Senedd when considering the legislative consent motion for the Bill.  This piece of the jigsaw remains missing.

Environmental principles have been central to the shaping of the legal frameworks for environmental protection, at international and EU, and hence national, levels.  Embedding them in law has been seen as an important factor in ensuring continuing priority for the environment and a degree of coherence across the sweep of environmental law.

Both the Westminster and Holyrood Bills give legal recognition to environmental principles, but with significant differences.  In the first place, while both recognise the four principles embedded in the environmental provisions of the EU Treaty – prevention, precaution, rectification at source and polluter pays – the Environment Bill includes a further one drawn from elsewhere in the Treaty, integrating environmental protection into the making of policies.  However, crucially, under that Bill it is the Secretary of State’s policy statement on the principles (still to be produced) that must be considered, not the principles themselves.  In Scotland, by contrast, although Ministers have to prepare guidance, it is the principles themselves that must be heeded, with regard to how they are interpreted by the Court of Justice of the EU.  Across the UK therefore, the content of the principles may differ.

In terms of the status of the principles, although the phrasing varies there is probably little real difference between the Environment Bill requiring Ministers to “have due regard” to the policy statement when making policy and the Scottish Bill requiring Ministers simply to “have regard” to the principles in developing policy.  In both cases there are exceptions with regard to policy on national defence, civil emergencies and finance.  The last of these is a particularly significant limitation given how far financial resources dictate what happens in all areas of life, and especially in the context of the arguments over delivering a “green recovery” from the current Covid-related economic crisis.

When it comes to the scope of the duty, though, there is a significant difference.  The Scottish duty goes further and applies not just to Ministers but to all public authorities when engaged in policy and planning functions covered by the existing requirements for Strategic Environmental Assessment.  It should be remembered that under the Environmental Assessment (Scotland) Act 2005, these requirements extend well beyond the categories of plans requiring such assessments in the rest of the UK where the limits of the underlying EU Directive have been maintained.  The Scottish Bill also emphasises that Ministers and authorities are to fulfil their duties in relation to principles with a view to protecting the environment and contributing to sustainable development, setting a wider context for their consideration, albeit one that overlaps with existing sustainability duties under the Climate Change (Scotland) Act 2009.

Such differences emphasise the inevitable divergence across the UK as the different administrations each work towards filling the governance gap and grapple with environmental issues.  In the absence of the common EU framework, environmental law will take shape in different ways in each jurisdiction (and the fact that there will not be an exactly level playing field for the internal market has implications if the UK’s dealings with external partners call for level playing fields internationally).  The high-level context set by the different definitions and scope of principles may mould policy debates in subtly distinct ways, but more noticeable will be the differences that arise from more concrete provisions such as those for environmental watchdogs, as discussed in the following blog.