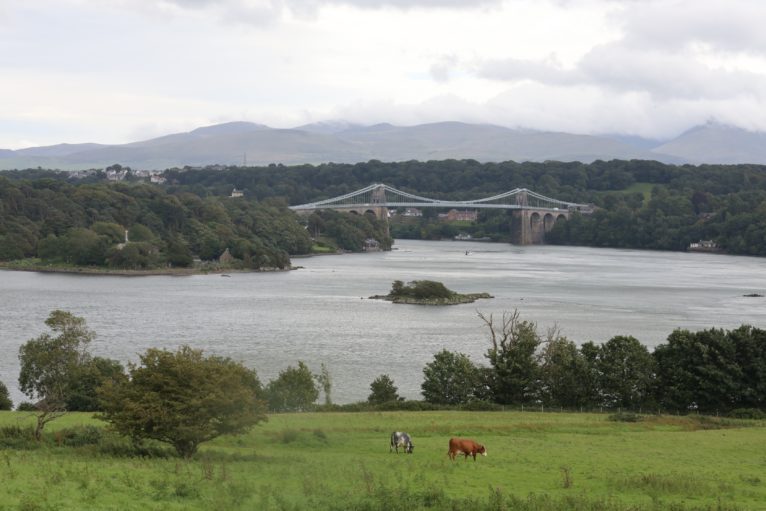 To do so, a stakeholder task group was set up in July 2019 to work in collaboration with the Welsh Government on this matter. The group included representatives from the industry (including the NFU Cymru, Dwr Cymru), NGOs (including RSPB Cymru and WWF Cymru), Natural Resources Wales and academia. I had the privilege to be a member of this group chaired by Professor Robert Lee. The group worked closely to answer how we envisaged a future environment in Wales, which principles should be applied and how laws should be enforced. At times, finding agreement was not easy but difficulties were overcome and resulted in a report for the Minister for Environment, Energy and Rural Affairs. In November 2020, the Minister responded overall positively to the report and our recommendations.

At a time when important decisions have seemingly been made by the UK central government, the Welsh approach seemed particularly innovative by putting together such a diverse group – demonstrating a participatory commitment to include and work closely with various actors and stakeholders when formulating policies and reflecting co-design ambitions for post Brexit frameworks.

The group wanted to build upon key Welsh environmental legislation in particular the Well-Being of Future Generations (Wales) Act 2015 and Environment (Wales) Act 2016 and ensure the establishment of a bespoke framework purposively designed for Wales. Such governance architecture would aim to go beyond what was feasible under the EU and create principles, oversight mechanisms that would work for Wales and its environment and support well-being goals and the sustainable management of natural resources. Such a framework would be separate from the Environment Bill and would aim to avoid its pitfalls but would also work collaboratively with other regimes across the UK.

At the heart of EU, UK and devolved environmental law policy sit the four key EU environmental principles (precaution, prevention, rectification at source and polluter-pays) included in Article 191 TFEU. However, these are not yet specifically mentioned in Welsh environmental legislation since key legislative instruments including the Well-Being of Future Generations (Wales) Act 2015 and Environment (Wales) Act 2016 were enacted within the EU framework for legislation. As such, the group recommended that these principles should be enshrined in Welsh legislation. Such principles should, nonetheless, be overseen by an overarching objective (yet to be defined) that would set environmental ambitions for Wales – similarly to the role of sustainable development in the EU (Recommendation 2a).

In contrast with the Environment Bill, it was felt that policy statements on principles would not be necessary due to the EU and international jurisprudence that exists. Indeed, there would be a duty placed on the Welsh Ministers to apply these four principles and the overarching objective when formulating future policy and legislation (Recommendation 2b). Further, the duty of Sustainable Management of Natural Resources arising out of the Environment Act, should be widened to include Welsh public bodies beyond Natural Resources Wales including Welsh Ministers (Recommendation 3).

Despite the rights under the Aarhus Convention (that is access to information, public participation in decision-making and access to justice in environmental matters) being carried over with retained EU law through the EU Withdrawal Act, future legislation should enshrine these rights in Welsh environmental legislation (Recommendation 4).

A Commission for the Environment

As to the actual governance framework, the group recommended the establishment of a Commission for the Environment which would draw on relevant expertise, such as an expert panel, when and where it is needed (Recommendation 5). It was felt that a Commission would reflect the Welsh landscape better than any other forms of body. The Commission would possess the following nine functions: advisory, complaints-handling, investigation, scrutiny, enforcement, implementation, reporting, principles and partnering. It would not replicate the role of the European Commission but would rather aim to consider the Welsh context and place environmental enhancement at the core of its functions.

Careful thought was placed on how to avoid the perceived shortcomings of the proposed Office for Environmental Protection in England regarding the independence of the future Commission. The Commission would be independent from Welsh Government with appointments and accountability resting with the Senedd.

Regarding enforcement, the possibility of initiating mechanisms of environmental review before the Upper Tribunal was welcome. This would be similar to Clause 37 of the Environment Bill and aim to increase the compliance of Welsh public bodies with environmental law (beyond issuing decision notices). However, it was decided that further work was needed on the point of enforcement to ensure consistency with powers of other Welsh bodies. It was also decided that further work was required to assess the role of environmental targets in Welsh legislation.

The timeline for the establishment and implementation around interim solutions (although the appointment of an independent interim assessor is currently pending), future legislation and a future statutory body remains uncertain due to upcoming Senedd elections in May 2021 and the strain on resources as a result of COVID-19.

Dr Ludivine Petetin is a Senior Lecturer in the School of Law and Politics,Cardiff University and the Wales Governance Centre. She is a Brexit & Environment Associate specializing in agricultural law, trade and Welsh policy. She was recently a member of the Environmental Governance Stakeholder Group convened by the Welsh government.