How will resources for the environment change post-Brexit? 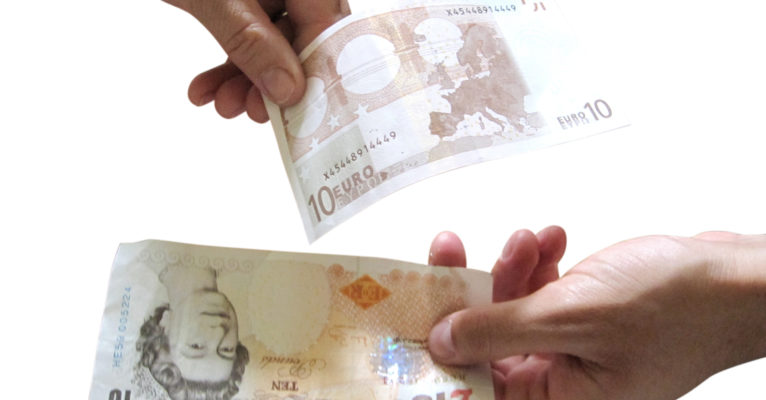 Much has been said about the environmental consequences of Brexit, with the general admission being that Brexit will indeed be bad for the UK environment (though Michael Gove’s latest speech calling for a ‘Green Brexit’ provides some reason for cautious optimism). However, most of the debate has focused on the fact that EU environmental regulations and standards are at risk of being abandoned, and not on how environmental policy will be funded once we leave the EU.

Although the resources allocated for environmental protection and related areas have been mentioned in the public debate they have reached a much lower number of headlines – this despite the focus of the referendum campaign on ‘the money sent to Europe’. As has been repeatedly outlined, however, the environment doesn’t seem to be a political priority. Can we therefore expect much money to be dedicated to the environment after Brexit?

The UK has already been pre-allocated a budget from the EU Multiannual Financial Framework[1] up to 2020, mostly through the Common Agricultural Policy. In theory, the UK could spend that money, at least until Brexit becomes effective in 2019, or possibly up to 2020 if the expenditure has been previously committed. A key question, however, is what will happen afterwards? The forecast is not very positive.

Resources in the UK

The Environmental Audit Committee has already pointed out that most of the public funding in the environmental sector is provided through the EU. The UK has been the biggest beneficiary of the European Investment Bank funding for renewable energy (24%), and UK public funding through the relevant departments for biodiversity has decreased by 28% since 2008/2009.

The government department responsible for the environment is Defra (even though the environment is a devolved issue). 80% of its activities are covered by Europe and European legislation, which will have to be reorganised post-Brexit. But it is also a department that has continually suffered budget cuts, accounting for 57% in real terms over the past two parliaments. This poses doubts as to Defra’s capability to undertake any necessary reform during or post-Brexit.

A review of the Conservative Party’s recent manifestos does little to assuage fears about the future of UK environmental policy. While both the 2015 and the 2017 manifestos retain the pledge to be ‘the first generation to leave the natural environment of England in a better state than that in which we found it’, the 2015 manifesto included the proposal to eliminate subsidies for onshore wind farms and specific support for nuclear energy, and in the 2017 manifesto renewable energy is not even mentioned and support for fracking is made explicit.

Resources in the EU

What about funding for the EU? Most studies have focused on clarifying the possible consequences for the UK, not the EU, but unavoidably the rest of the Member States and the EU as a whole will be affected. Will funding for the environment in the EU increase or decrease as a result of Brexit?

There are many aspects to consider here. On the one hand, the UK is a net contributor to the EU budget (in fact the third largest contributor after Germany and France in 2015), so that is a pot of money the EU won’t be receiving anymore. On the other hand, as a result of Brexit many other things will change, particularly with regard to the composition of the EU institutions and the entitlement to receive funding, affecting the money that the EU can spend (on environment and any other policy): For example, there will be fewer members in the European Parliament (and so less salary and travel expenditures to be paid); the average EU GDP will likely decrease (and so poorer member states will be closer to that new average, meaning the need for Structural Funds/Cohesion Fund support will decrease too); and the remaining member states will save money as they won’t have to contribute to the UK rebate anymore.

How much money will be available after taking these and other aspects into consideration will in part depend on the ‘divorce’ settlement between the UK and the EU. Post-Brexit, budget allocations and decisions will be made without the UK, and its access to resources will depend on a settlement reached which should detail the areas where the UK can participate (and thus contribute and have access to resources), but it will be as a ‘third country’. For the medium and long-term it is envisaged that the resources available for the EU as a whole will decrease, given the reduced number of members contributing, but particularly the desire to limit expenditure under the austerity environment set up after the 2008 economic crisis (which is not expected to change). As such, adjustments in the budget will be necessary.

Options for budget adjustments include

It seems likely the environment will receive lower priority if we look at recent discourses coming from European authorities, e.g. the EU considering wind and solar technologies to be mature enough to face market competition and subsidies a distortion of the internal market; or making energy efficiency targets for 2030 indicative instead of binding. Even more concerning is the decision of 2016 allowing coal subsidies to continue for another eight years.

Thus overall, the prospects for environmental funding are not promising, and unless we see significant changes soon it will be very difficult for either the UK or the EU to retain the title of ‘environmental champions’. A key question is therefore whether there will be somebody else to take over the lead, or whether the UK and the EU will find themselves in a dreaded race to the bottom?

[1] The MFF sets up the annual amounts the EU can spend in different areas over a period of at least 5 years (7 years for the current one). For information about how it works, please see: http://ec.europa.eu/budget/mff/introduction/index_en.cfm

Dr. Rosa Maria Fernandez is a Senior Lecturer and Programme Leader for Economics at the University of Chester.