GMO cultivation in the UK: Brexit, the devolved administrations and international trade 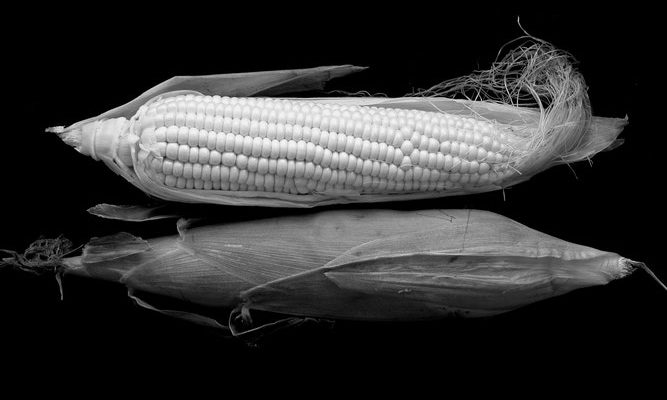 Brexit offers a ‘once-in-a-lifetime’ opportunity to renationalise prerogatives previously exercised by the EU. This opportunity comes with challenges that need to be addressed to ensure a smooth transition to a post-Brexit UK. Against this backdrop, the repatriation of powers from the EU to the UK on matters of environmental protection and agriculture is attracting particular attention, because these areas have been devolved to the Northern Ireland Assembly, the Scottish Parliament and the National Assembly for Wales. Even more problematic is the status of genetically modified organisms (GMOs) and their cultivation within the UK.

Currently, the cultivation of GMOs is regulated at EU level under the Deliberate Release Directive. Since a new amendment was enacted in 2015, EU Member States and their regions are allowed to ban or restrict the cultivation of such crops on their territory without having to rely on any scientific justification to do so. With this ability to ‘opt-out’, decisions previously taken at the EU level have been renationalised and gradually regained by Member States and their regions according to the EU principle of subsidiarity. However, there is an important caveat to this new right. A blanket ban on GMO cultivation is not permitted under the opt-out clause. Restrictions or prohibitions must target a specific GMO.

Across the EU, nineteen Member States (or their regions) have used the opt-out clause. This opportunity was embraced immediately by Wales, Scotland and Northern Ireland – as these powers are devolved. However, England has not opted for the same policy decision. Different decisions between the four nations of the UK seem to have been supported by a more environmentally-friendly approach to farming, food and environmental protection in the devolved areas. The Republic of Ireland has not banned GMOs either, although it does not currently cultivate GMOs commercially. In the long term, possible issues of cross-pollination and cross-contamination could occur between the Republic of Ireland and Northern Ireland.

On the day of exit, divergences between the devolved administrations and England on the cultivation of GMOs could lead to problems, especially relating to the UK single/internal market. This is because trade within the UK would be restricted if standards in the four nations differ. For the British Government, ensuring harmonisation and the absence of barriers to trade within the UK internal market is crucial. Indeed, it could propose (controversial) legislation to render the existing opt-outs for the devolved administrations illegal.

Since being appointed Environment Secretary, Michael Gove has indicated his vision for a ‘green Brexit’. This suggests that the UK will to take a strong approach towards environmental protection and animal welfare, and aims to maintain these positions after it leaves the EU. For instance, in December 2017, DEFRA published a draft Bill aiming at improving animal welfare and recognising animal sentience. In a similar way, higher environmental protection standards could lead to a prohibition of GMOs throughout the UK. There is, however, some recent evidence that Gove openly supports the use of biotechnologies, including gene editing technology.

Further, discrepancies in government departments have led to uncertainty and instability. Liam Fox, the International Trade Secretary, has made it abundantly clear that he wishes to strike trade deals with Brazil, Argentina and the US. As these countries are well-known for being pro-GMOs, possible trade talks with them have reinvigorated the controversy over these issues. These inconsistencies and conundrums must be solved to ensure a smooth Brexit process.

Lower environmental protection standards, including on GMO cultivation, could lead to the UK appearing more attractive as a trading partner to certain countries, such as the US or China. However, such an approach could cause problems with other existing and future trading partners that maintain higher environmental standards, such as the EU. The so-called ‘Brussels effect’ or ‘extra-territoriality‘ of EU legislation (by which international partners tend to align their standards with those of the EU in order to trade with it), may come into play here. It would result in UK standards being equivalent to or higher than those of the EU, but not lower. This could play a role when negotiating a trade deal with the EU, as well as when trading with third countries under WTO rules.

Future GMO rules in the shadow of the WTO

Beyond the EU and Brexit, any restriction of GMO cultivation maintained by the devolved administrations could contravene WTO obligations under the General Agreement on Tariffs and Trade (GATT) and the Agreement on the Application of Sanitary and Phytosanitary Measures (SPS Agreement). Under the GATT, and in particular under Article XI on the general elimination of quantitative restrictions (which include outright bans), the UK might violate its obligations if the devolved administrations restrict trade in GM crops. However, in the eventuality of a dispute under the GATT, the UK could invoke Article XX of the GATT, dealing with the general exceptions to the GATT system, as a justification. Exceptions a) on public morals, b) on the protection of human, animal, plant life or health or g) on the preservation of the environment could be invoked and allow the devolved administrations to maintain their GMO bans.

Under the SPS Agreement, any trade restriction must be scientifically justified. A regime not relying on ‘sound science’ (‘sufficient scientific evidence’ under Article 2.2) – as is the case for the existing opt-outs – could be incompatible with WTO rules. This lack of compliance could result in another challenge at WTO level, as in the 2006 EC-Biotech case, which found the EU de facto moratorium on GMOs not compliant with WTO rules.

Overall, Brexit exacerbates various tensions associated with GMO cultivation. First, the relationships between devolved competences and the future of the UK internal market remain undefined. Second, it highlights the potential conflict between environmental calls for a ‘green Brexit’ and the economic push to agree trade deals with countries that uphold GMO cultivation. Third, GMO restrictions based on grounds other than scientific justification are unlikely to be WTO compliant. Thus, GMOs highlight the forthcoming difficult political choices ahead in a legal context that is changing profoundly.

Dr Ludivine Petetin is a Lecturer in the School of Law and Politics, Cardiff University.

4 Comments on “GMO cultivation in the UK: Brexit, the devolved administrations and international trade”