An official report on the UK’s response to findings that it is not complying with its international obligations serves to illustrate what is being lost in terms of the enforcement of environmental commitments when the UK leaves the EU.  The gap that would emerge highlights the importance of the governance and compliance proposals that are currently being considered in all parts of the UK.

The issue has arisen under the Aarhus Convention.  This international treaty seeks to guarantee the rights of citizens in relation to access to environmental information, public participation in environmental decision making and access to justice in environmental matters.  Both the UK and the EU are parties to the Convention, which establishes an independent committee that can consider claims that parties are not living up to their commitments.  The Aarhus Convention Compliance Committee has recently given its views on the UK government’s progress report, which was itself required in response to earlier determinations by the Committee that the UK was not complying with its obligations under the Convention.

Although most of the UK’s environmental law is based on EU law, much of that is in turn based on international law.  Since that international law will still be in force after Brexit, some may ask why those concerned with environmental matters have been getting agitated about the future.  The UK will continue to be bound by legal obligations and will not have a free hand to rip up the green rule book and indulge in a damaging “race to the bottom”.  Surely environmental standards are safe?

One answer to that question lies in the very different enforcement mechanisms for securing compliance with EU and international law.  Where an EU Member State is thought not to be complying with EU law, the European Commission can start infraction proceedings, which can lead to the defaulting state being taken before the Court of Justice of the European Union (CJEU).  This may be a slow process, but it is one that can be started by an individual complaining to the Commission who then decide to take up the matter.

The threat of legal proceedings, ultimately leading to the Member State being fined if it continues to be in breach, acts as a strong driver to encourage states to remedy any non-compliance and ensure that the law is being properly applied.  Moreover, decisions of the CJEU are binding on the national courts within the EU and can therefore directly affect legal rights within the UK.

International law has no such comprehensive system for ensuring compliance.  Individual treaties may include their own provisions on this issue and may include some monitoring role for a central secretariat.  Bad publicity and pressure from other states do provide incentives for compliance, but there is nothing like the formal procedures present in EU law.  There is no court before which states can be challenged and no way of affecting legal rights within the UK.

The Aarhus Convention is exceptional in having a Compliance Committee which can consider complaints from individuals and determine whether or not a state is complying with the Convention. However, those decisions lack the weight of legal force enjoyed by the CJEU.  A non-complying state may come under some political pressure from its fellow parties, but there are not the concrete consequences that can follow in EU law.

The UK’s breach of the Aarhus Convention – a worrying test case for compliance with international environmental law?

The Convention provides a useful study because some of its key elements in relation to environmental justice, public participation and access to environmental information have been strengthened by their incorporation into EU law, where they are supported by the full might of the EU’s (slow but effective) enforcement system.  The contrast between the UK’s response to the CJEU and the Aarhus Committee is instructive.

One area where all parts of the UK have been in trouble is in falling short of the Convention’s requirement that access to the courts should not be “prohibitively expensive”.  Where the problem arose in areas incorporated into EU law, the Commission was able to start proceedings, leading to several decisions by the CJEU that the UK was indeed in breach (e.g. Commission v United Kingdom (C-530/11)).  The upshot of this has been legislation that attempted to cure the defects, with a real threat of further proceedings if these efforts were considered not to go far enough.

The same issue of failing to guarantee against prohibitive costs, and others, have also been the subject of complaints to the Aarhus Convention Compliance Committee which has similarly found the UK to be in breach.  The Committee has been considering the first annual progress report required from the UK in response to those findings, and it is not impressed.

The UK is failing on both process and substance

There are two main problems with the UK progress report.  The first is that it does not adequately inform the Committee of what is being done.  Much of the report is a simply a copy of information already provided by the UK.  Moreover, the UK has not supplied the texts of the relevant new legislation or proposed amendments, or even the content of various proposals which are known to exist.  It was therefore impossible for the Committee to conclude that satisfactory progress is being made.  The Committee expressed its disappointment and surprise at this position, especially since it has been working with the UK on the necessary follow-up action, and it will expect much better in next year’s report.

The second problem is that the Committee was not satisfied that the flaws previously identified are being remedied.  In part this was because the above failings meant that there was no basis for a positive conclusion.  Where evidence was available, though, this did not point towards full compliance, with various flaws notified in the earlier decisions remaining uncorrected in all parts of the UK.

The Compliance Committee’s report does not make happy reading for the UK on either process or substance and reveals a picture very different from how the government would respond to a legal case before the CJEU.  The generous approach is to speculate that this year’s failings are just a side-effect of effort being diverted to cope with Brexit-related matters. However, if this is not just a “blip” but a symptom of the status accorded to the Aarhus Convention it paints a worrying picture.  This Convention does have a compliance mechanism and the inclusion of Aarhus principles in the Draft Environment (Principles and Governance) Bill suggests continuing support for its objectives.  If the UK’s response to findings that it is in breach is so unsatisfactory even here, then the prospects for prompt and complete compliance with other international commitments are not encouraging.

The good news is that the “enforcement gap” has been recognised in each part of the UK.  The UK government has proposed an Office for Environmental Protection in England (with the potential for  its remit to be extended to Northern Ireland). In addition, the Scottish Government and Welsh Government have released consultations on environmental governance that do not yet propose a distinct solution but present options for consideration by stakeholders. All try to provide some means by which individuals can make complaints and government bodies can be held to account.  This is a necessary step.

Yet even then their role will be restricted to compliance with UK law.  It will not be possible to look beyond the UK measures to assess them against our international commitments.  At present the law, whether made here or inherited from the EU, does mostly meet those commitments, but there is no guarantee that this position will continue (whether consciously or inadvertently).

The weak response to the Aarhus Compliance Committee reveals that there is indeed something being lost with Brexit in terms of ensuring that the law and its implementation live up to the commitments made externally.  Current proposals on governance and enforcement proposals will go part of the way to fill that gap, but do not replace the strong external scrutiny provided by the EU of how far the UK is living up to commitments it has made to its neighbours and others. 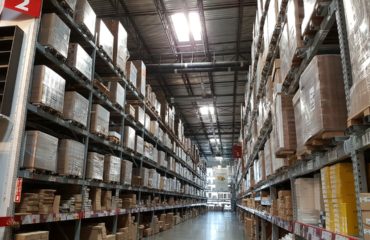 Silver linings: What should we expect from the environmental chapters in the EU-UK Free Trade Agreements?