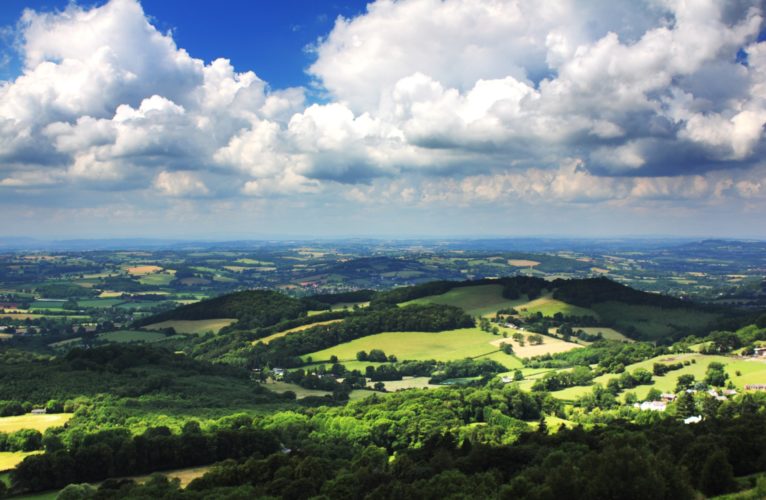 This blog post was written off the back of discussions and workshops held at the British Ecological Society Conference on Brexit for Early Career Researchers.

Britain has one of the most altered landscapes on Earth. This is due to a long history of land management stretching back to Roman times. Today, the British landscape consists of 70% agricultural land, making it hard to envisage our environment any other way than the rolling patchwork we see across our rural areas.

However, as Brexit looms closer we have a rare opportunity to reimagine the future of Britain’s land, air and waters and to design our future relationship with the environment; a future that can be filled with rich biodiversity, flourishing ecosystems, net-zero carbon emissions and a viable agricultural sector.

Brexit may offer a significant opportunity for UK environmental policy

Much of UK environmental policy is currently dictated at the EU level. Union-wide policies have shaped how the UK interacts with its environment, for good or ill.

For example, the Common Agricultural Policy (CAP) has been widely recognised as an arbiter of environmental degradation. By encouraging the replacement of small diverse farms with monocrop megafarms, the CAP has had an extreme effect on biodiversity, pollution and emissions. Historically, CAP reform has been a glacial and conservative process, but as Britain leaves the EU it may be handed a blank slate.

EU environmental law also underpins much of the UK’s environmental legislation. Brexit thus also poses an opportunity to re-evaluate British priorities and legislate protection for our most vulnerable species and landscapes.

These opportunities have not gone unrecognised in Westminster. The Environment Secretary’s glossy 25 Year Environment Plan (25 YEP), promising a ‘Green Brexit’, has been met with cautious optimism by environmentalists. A key component of the 25 YEP is the switch to a ‘public goods approach’, by which farmers are paid for measurable environmental benefits produced by their management practices.

Notably, parts of the 25 YEP hope to restore the British landscape to an undefined ‘heritage state’. However, considering the extensively altered nature of our landscape, what are we trying to restore? Instead of looking backwards with our policy, the UK should look forwards.

What role do we want the UK environment to fill in the future?

As we look beyond Brexit, it is important to ask how our policies can shape the environment we need in the future. Earth circa 2019 faces many novel and pervasive threats, including climate change, biodiversity loss and food insecurity.  Within Britain there is the threat of a post-Brexit economic downturn, an ongoing mental health crisis, and the risk of dwindling influence on the global stage. It is around these global and national issues we should redesign our environmental policy.

The UK’s climate change commitments have been world leading. Whilst the UK has stayed on track by tackling relatively simple issues within the energy and transport sector, future reductions will be much more difficult to obtain. Around 25% of global carbon emissions arise from agriculture, forestry and land use. Methane produced by livestock, land use change and fertilizer production are amongst the primary emitters.

Future policy must look to reduce these impacts by supporting farmers to change practices and develop new technologies. The most recent research by the United Nations suggests that wide-scale uptake of negative emissions technologies is required to keep to the commitments of the Paris Agreement. The UK has already invested heavily in bioenergy with carbon capture and storage (BECCS).

But, BECCS remains in its infancy and ongoing research is required to alleviate the pressure widespread cultivation of biofuels could put on biodiversity and land use.  Simpler practices can be rolled out immediately. Future policy should look to incentivise land management practices promoting soil carbon sequestration as well as production of biochar and afforestation.

The ‘public goods approach’ creates an outline for the handing back of agricultural land to nature, but it may encourage farmers to rewild large areas of viable land. Land management practices that promote ecosystem services alongside agriculture may be the most efficient way of producing food and environmental benefits, especially in the most fertile areas where agricultural output should be maximised.

Future policy should look to develop dialogue between farmers and government departments. Habitat fragmentation remains a top issue in British conservation, future efforts to promote biodiversity must not operate independently. It is key that policy reflects this, maintaining an even spread of connected wildlife refuges, allowing future biodiversity conservation, to quote the influential Lawton Review, to be ‘bigger, better and more joined up’.

The scientific literature suggests that  agricultural productivity must increase 25%-70% by 2050 in order to feed the ballooning global population.  Food production will likely be a priority within the future British landscape. To make way for a more diverse landscape, the UK must reduce the amount of land used for intensive agriculture.

The primary source of inefficiency in modern agriculture is waste. The UK wastes 10 million tonnes of food per year. To address this, policy must crack down on the retail and manufacturing industries’ cosmetic standards and inefficient processing, and educate the public on reducing waste and the environmental costs of food.

Also key to the downsizing of agriculture are new technologies. Precision agriculture has vastly increased yields over the last 20 years and developments in big data promise to further increase farm efficiency. Novel technologies such as aquaponics and vertical farming show great promise in reducing our food footprint, both in regard to space and carbon. The three-dimensional nature of these technologies has the potential to push agriculture into cities, creating greenspace and opportunities for community education and involvement in food production. The UK should look to become an influential player in the development of future technologies, bolstering the economy and providing jobs in research, development and manufacture.

Finally, future agri-environmental policy should look to engage farmers and support them in a changing world.  The removal of EU funding will make many farms uneconomical. The government must provide support for farmers to invest in new technology and train in novel and more diverse practices. By doing so, the UK should aim to return farmers to their more ancient role as land stewards.

Patrick Vasey is an MSc student in Ecological Applications at Imperial College London.