The 2019 general election and the environment 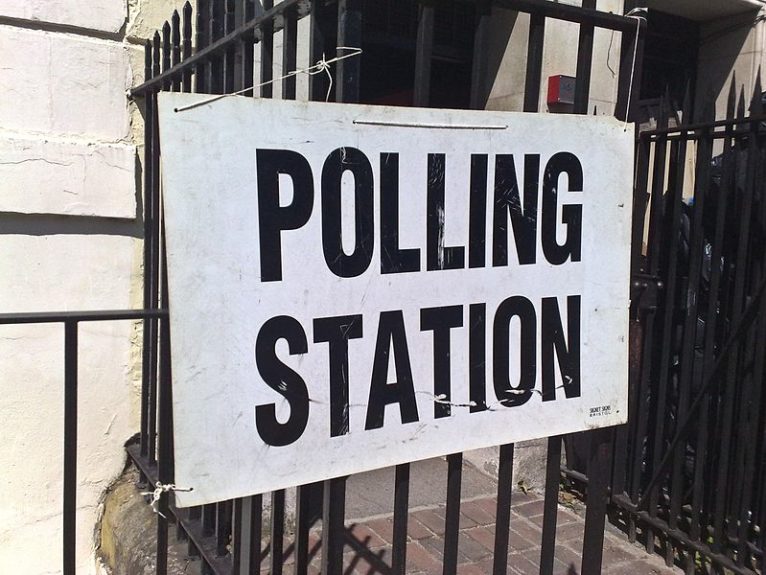 With concern for the environment riding high in the polls, climate strike entering the dictionary as 2019’s word of the year and a ‘green surge’ in the European Parliament elections, speculation is growing that the UK’s 2019 general election will see the environment emerge as a major issue.

However, history provides little ground for optimism. The environment has typically been a mid-term issue: only surfacing between elections when public attention may be less focused on bread-and-butter issues like the economy. Parties produce new environment programmes, green up their rhetoric, but come election time it disappears. With issues like Brexit and the NHS likely to dominate the campaign, 2019 may replicate previous general elections.

Is this time different?

But there are also good reasons to think that the environment will have a much higher profile this December. Climate change has been particularly high on the political agenda over the last year or so. A number of important scientific reports have repeatedly emphasised the urgent need for action to mitigate dangerous climate change, while Extinction Rebellion, David Attenborough, Greta Thunberg and the school climate strikes have helped grab media attention for the issue.

There is evidence that the message is seeping through to the wider public: a YouGov poll this week reported that an unprecedented 25% of those polled regard the environment as one of the top three issues facing the country (up from 8% at the 2017 election).

Faced by this mood change the parties have, slowly, responded. Below, I briefly review how the major political parties have responded to this new context.

Prior to the surprise loss of her majority in the 2017 general election, Theresa May had shown little interest in environmental issues; indeed, she had disbanded the Department for Energy and Climate Change and dismantled some Coalition climate policies.

Subsequently, in an attempt to win back those young and women voters who had deserted the party in 2017, the Conservatives re-discovered environmental concerns. They reined in their previous enthusiam for fracking. At Defra, Michael Gove championed high profile environmental issues, including the ivory trade, plastic pollution and air pollution. In one of her last acts as prime minster, May committed the UK to net zero carbon emissions by 2050.

Will this trend continue? Whilst the Johnson government has pressed ahead with the Environment Bill it has been cooly received by experts on environmental law who have pointed to a number of weaknesses when compared to EU law. Claims that the Government has no intention of weakening environmental protections are viewed with cynicism.

Boris Johnson also has a mixed record on climate change, he boasts of his concrete green achievements as London mayor but he has also written some climate sceptic articles and has a questionable voting record in parliament. Johnson rarely mentions climate change, and with climate scepticism still common in his party – one Conservative candidate in a marginal seat has dismissed climate change as a ‘socialist trojan horse’ – it is hard to be confident that a Conservative government would fully embrace the climate challenge.

Yet the recent Government decisions to establish a new cabinet committee on climate change and to impose a moratorium on fracking suggest that Johnson is keen to avoid being outmanouvered on this issue in the election campaign.

Since launching its new environmental policy document, The Green Transformation in Autumn 2018, Labour has deliberately sought to establish clear blue water with the Conservatives on this issue. Party leaders have consistently emphasised the issue since then.

Labour leader Jeremy Corbyn tabled the motion that saw Parliament declare a ‘climate emergency’ in May and the recent Labour conference agreed an ambitious – and apparently popular – target of working towards making the UK net carbon neutral by 2030, to be achieved via a radical Green New Deal.

Labour’s progressiveness partly reflects a strategic concern to shore up its support among younger voters who might be disenchanted by Corbyn’s ambivalence on Brexit, and may be considering voting Green or Liberal Democrat. But there is a clear groundswell of support for this stance at all levels of the party, suggesting that Labour is now firmly committed to its new-found radicalism on this issue.

Indeed, John McDonnell has frequently declared that climate change will be Labour’s ‘number one priority’ and he has promised major manifesto commitments on renewables, home insulation and decarbonising the transport sector.

The Liberal Democrats have long prioritised environmental issues, and they had a good record on climate change during the Coalition Government, often having to overcome considerable resistance from their Conservative partners to push policies through.

The Scottish National Party (SNP) have introduced environmental policies that are often considerably more radical than in the rest of the UK, with the SNP (with cross-party support) passing a Climate Change Bill with a 2045 net-zero target in Scotland.

Of course, none of the parties can match the eye-watering promise by the Greens to spend £100 billion annually on the climate crisis. The electoral pact agreed between the Greens, Liberal Democrats and Plaid Cymru may enable these parties to communicate their common strong environmental message more effectively.

The Brexit Party has yet to announce its environmental policies, but if it replicates the climate sceptic position of UKIP under Farage, then it may well call for the Climate Change Act to be scrapped.

So it appears that the main opposition parties (excluding the Brexit Party) will include a strong set of environmental policies in their manifestos.

The new parliament will debate important bills on the environment, agriculture and fisheries, so it is vital that the parties are committed to progressive environmental policies and that politicians recognise public concern about these issues. With Glasgow due to host the 2020 International Climate Meeting COP26, there is particular pressure on the government to lead on climate change.

That doesn’t mean that the environment will dominate the airwaves over the next few weeks. Opposition parties often struggle to shape the campaign agenda. Conservative strategists will try to ensure that the election is about Brexit and about Corbyn; they know that the environment is not a priority for ‘Workington man’ – the older, white, northern working class pro-Brexit voter that Johnson is targeting. Thus opposition party calls for a televised leaders’ debate on climate change have so far been ignored by the Conservatives.

Yet an election campaign characterised by party manifestos packed with radical environmental measures and leading politicians committing to action on climate change, may prove to be a vital brake if, as seems very possible, a Johnson government is returned that is committed to a low-tax, low-regulation, Singapore-style post-Brexit economic model.

Neil Carter is Professor of Politics at the University of York and a Brexit & Environment Associate specialising in climate change and party politics.