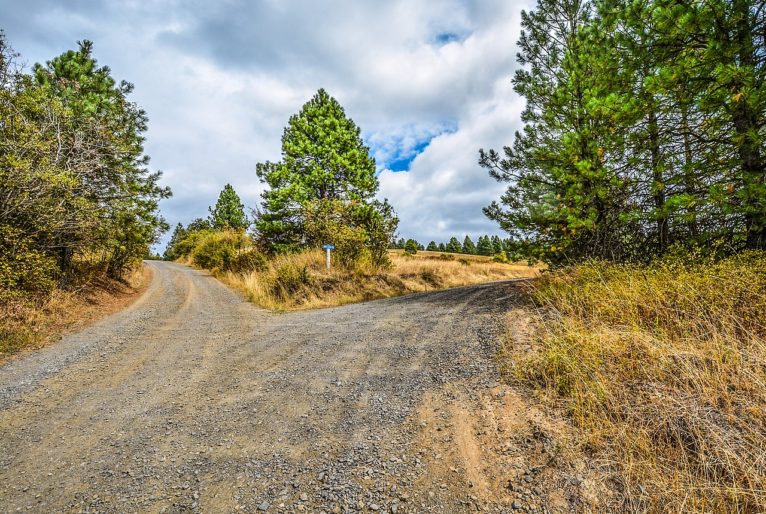 This blog post is an updated version of the environment/climate section of the UK in a Changing Europe report Brexit: What Next? written by Professor Charlotte Burns.

More than three and a half years after the EU referendum, the United Kingdom has finally left the European Union. The Brexit & Environment network has been analysing the impact of leaving the EU on UK environmental policy and governance since before the referendum and at this important moment we would like to look ahead to the major issues, challenges and opportunities ahead.

The environment did not feature significantly in the referendum but emerged as a major issue in its aftermath. Leaving the EU offers an opportunity for the government to deliver a Green Brexit. While the EU does not usually prevent the development of more ambitious environmental policies, the UK Government can still use Brexit as a spur to develop world-leading and ambitious policies tailored to accommodate local environmental issues and concerns. It should also be easier to update policies in a more rapid and flexible manner than is possible within the EU. On agriculture and fisheries, there is clear scope to develop more environmentally effective and ambitious policies than those embedded in the EU’s suboptimal agricultural and fisheries policies.

However, Brexit also presents risks. Since the referendum academics and civil society groups have highlighted that Brexit could lead to an environmental governance gap as the UK leaves the EU’s systems for monitoring environmental quality and securing the effective implementation and enforcement of EU law via the European Commission and European Environment Agency and the Court of Justice of the European Union.

Moreover, in the absence of EU membership the UK government may choose to pursue lower environmental standards – a ‘Singapore on Thames’ with a deregulated, low-tax economy.

There are three main reasons why it may choose to do so. First, despite Johnson’s victory speech, the governing party has generally expressed an ideological predisposition in favour of deregulation and has advanced Brexit as a way of cutting red tape. The environment has long been a target of such a discourse.

Second, and relatedly, some businesses still regard high environmental standards as too costly and argue that they make UK goods and services uncompetitive.

Third, in order to reach a trade deal with the US and other countries, the UK may come under pressure to weaken its own standards or to allow the import of products produced with lower environmental standards. This is particularly concerning with regards to agri-food and a US-UK trade deal (as illustrated by recurring concerns about chlorinated chickens).

The Environment Bill, the Agriculture Bill, and the Fisheries Bill

The government has moved to address some of these key concerns, thanks in part to effective campaigning by environmental non-governmental organizations and businesses keen to see ambitious environmental standards. In January, the government released new versions of the Environment Bill, Agriculture Bill and Fisheries Bill.

The Environment Bill seeks to address some of the governance gaps that leaving the EU may open up by, for example, creating an Office for Environmental Protection (OEP) to enforce environmental law in place of EU governance structures. However, the Bill has been criticised, inter alia, for failing to give sufficient powers and independence to the new OEP and for lacking detail in a number of policy areas (e.g. on air quality and soils). Further concerns have been raised regarding the (weakened) status of environmental principles such as the precautionary principle.

Similarly, the Agricultural Bill seeks to change the governance of agriculture after the UK leaves the EU’s Common Agricultural Policy. The Bill has a number of positive aspects, including the shift to ‘public monies for public goods’ and a focus on fair dealing in the agriculture supply chain. In other areas, it could be improved, including strengthening provisions on agri-food migrant labour, agroecology and rural development funding.

The Fisheries Bill also includes a number of environmental objectives, such as a requirement for fishing at sustainable levels and a climate change mitigation objective. However, fisheries policy is likely to figure prominently in the EU-UK negotiations going forward, so the precise details are uncertain.

The lack of detail in these three bills is understandable, as they are in part contingent on the shape of future UK trade deals. It is also unclear how well-resourced the new governance framework will be, given directives from Number 10 and the Treasury for DEFRA to cut its budget to pay for the government’s priorities (NHS funding, higher police numbers, and increasing investment in high-need regions). This is particularly concerning, as the existing environmental governance for England (Natural England, the Environmental Agency) is currently under resourced and failing to deliver its functions.

Environment, fisheries and agriculture are devolved policy areas. This means that, while the three Westminster Bills have some UK-wide provisions, they are mainly bills for England.  New environment, fisheries and agriculture bills are also likely to be adopted in the three devolved nations, as the governance gaps and policy opportunities identified for England are shared across the four nations. This raises two challenges for all four governments.

First, there is a question of capacity. All four governments need to recruit and train policy specialists able to develop new policies, tailored to their specific conditions. This will have financial implications – and announced cuts for DEFRA will have a knock-on effect on the devolved administrations’ funding.

Second, developing different policies raises the issue of internal UK divergence, and how to mitigate its impact. Will there be a shared UK environmental regulation floor which only allows upward divergence, or will there be an internal UK race to the bottom? How will shared transboundary environmental issues be addressed? If there is policy-making centralisation in Westminster, it will likely lead to a backlash in the devolved administrations – yet we are still to hear of any breakthroughs in agreeing ‘Common Frameworks’.

The UK-EU future relationship and the level playing field

From the EU’s perspective there are reasons to encourage the UK to live up to its claim to be a green leader. New European Commission President Ursula von der Leyen appears more committed to the environmental agenda than her predecessor and has made environmental protection a key part of her mandate via the Green Deal for Europe. Many businesses are also likely to prefer remaining aligned on product standards to ease their access to the Single Market. The government may consequently find itself under pressure from the EU to deliver on its manifesto promise not to ‘compromise on our high environmental protection, animal welfare and food standards’. But while both parties may agree on high ambition, the UK government appears intent on a political pledge – whereas the EU favours legally binding commitments.

It remains to be seen whether the UK will diverge from EU standards. The Johnson government’s revised Withdrawal Agreement includes few of the environmental provisions found in the original May-negotiated deal. However, these issues will feature in trade talks, where the EU’s negotiating guidelines call for many similar non-regression protections.

The UK’s forthcoming hosting of the Climate Change Conference of the Parties (COP 26) in Glasgow in November 2020 provides a potential test for the UK’s commitment to its 2050 net-zero greenhouse gas target. It will also be a crucial litmus test for the future of environmental diplomacy between the UK and EU. The UK has historically played a key role in bolstering EU climate ambition and supporting the EU’s international climate diplomacy. There is every reason to maintain good relations and the forthcoming COP provides an opportunity to forge a constructive post-Brexit environmental partnership.

It is clear that even without Brexit the government faces a range of important challenges in the field of environmental policy. The governments in Westminster, Holyrood, Cardiff Bay and Stormont have a lot to do – most of it at great speed.

2 Comments on “After Brexit Day: Reflections on the paths ahead”