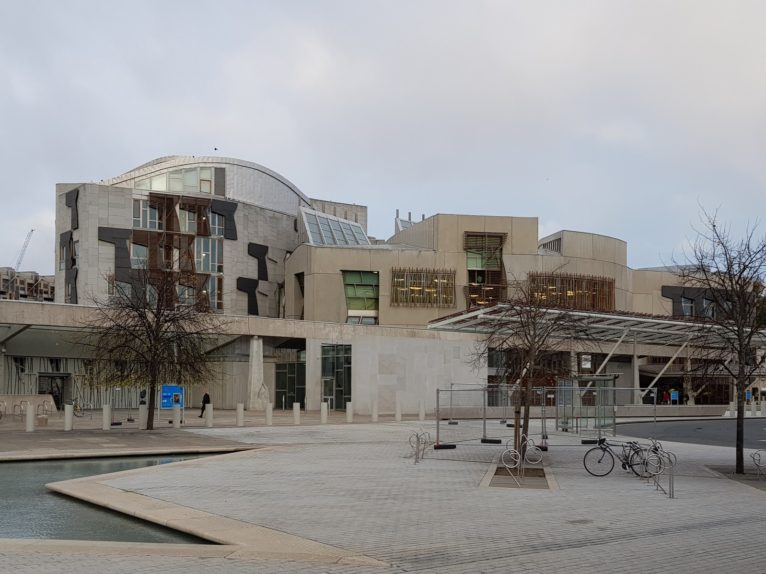 In the week before Christmas, while many people’s thoughts were on what would emerge from the tireless work of the elves in either Brussels or the North Pole, the Scottish Parliament was busy completing the parliamentary stages of the UK Withdrawal from the European Union (Continuity) (Scotland) Bill.  The Bill as passed establishes the new framework for environmental governance in Scotland, filling the post-Brexit gaps.

As noted in previous blogs, the Bill contains measures on principles and an environmental watchdog, but the final text contains a number of additions and amendments.  Unlike at Westminster, Bills that pass through the Scottish Parliament cannot proceed immediately to Royal Assent, but must wait at least four weeks in case there is to be a legal challenge to their competences (as happened with the UK Withdrawal from the European Union (Legal Continuity) (Scotland) Bill that was passed in March 2018 but ended up in the Supreme Court), but Royal Assent is expected in late January.

The new legislation does five things:

The Bill confers on the Scottish Government a broad power to make regulations corresponding with or implementing EU laws, similar to the power previously enjoyed under the European Communities Act 1972.  During the parliamentary process tighter rules were added, stating the statutory purposes for which the power may be used, including maintaining and advancing environmental standards, and requiring the Scottish Government to produce both a formal policy statement on how this power will be used and annual reports on its use.

This power enables the Scottish Government to implement its policy of dynamic alignment with the EU, keeping in step with EU laws with a view to a future independent Scotland being in a position to reapply for membership.  To the extent that the UK Government decides not to follow EU developments but the Scottish Government does, the use of this power may create the regulatory divergence that the United Kingdom Internal Market Act 2020 tries to resolve, albeit in a way that may inflame rather than soothe tensions between the governments.

Environmental principles are granted legal status in Scottish law and Ministers and other public authorities must have “due regard” to these in making policies.  The wording here has been changed from a duty to “have regard” to one to “have due regard” and the list of principles was amended so that the integration principle is now included as well as the precautionary principle, the preventive principle, the principle prioritising rectification at source and the polluter pays principle.  This list now matches what is in both the Environment Bill at Westminster and, with slightly different wording from that in either Bill or the EU Treaties, in the EU-UK Trade and Cooperation Agreement (Part Two, Heading One, Title XI, art 7.4 ).

Environmental Standards Scotland (ESS) is established as the new environmental “watchdog” to consider the implementation of and compliance with environmental law in Scotland.  ESS has considerably more powers and broader scope than the proposed Office for Environmental Protection for England and Northern Ireland.  To secure its independence, the members of ESS must be approved by Parliament and a further provision was added requiring the Scottish Ministers to seek to ensure that ESS receives resources reasonably sufficient to enable it to perform its functions.

ESS can examine the implementation and effectiveness of environmental law, including international obligations.  It can prepare improvement reports to which the Ministers must respond with an improvement plan, subject to parliamentary approval, and can serve compliance notices on public authorities, which can be enforced through the courts.  The interim establishment of ESS on a non-statutory basis has been approved by Parliament, and members identified.

A new provision added to the Bill requires the Scottish Ministers to produce a report on the effectiveness and appropriateness of post-Brexit environmental governance arrangements.  This must include whether there is effective and sufficient access to justice on environmental matters and whether the establishment of an environmental court would enhance the position.  The review must begin with six months of ESS publishing its first formal strategy.  Given the initially narrow focus of the Bill, filling post-Brexit gaps rather than looking at environmental governance more widely, the inclusion of this provision promises a more considered reflection on environmental frameworks in the near future, away from the immediate bustle of Brexit.

A further new provision is a requirement on Ministers to produce an environmental policy strategy setting out objectives for protecting and improving the environment, policies and proposals for achieving this and arrangements for monitoring progress.  Regard must be had to the desirability of securing a number of objectives, including aiming at a high level of environmental protection, contributing to sustainable development and responding to the global crises in relation to climate change and biodiversity.  Annual reports on progress are required and Ministers must have due regard to the strategy in making policies, including proposals for legislation.

As a response to Brexit, the Continuity Bill was introduced to serve the core purposes of enabling dynamic alignment with the EU and filling the accountability gap created by the loss of the environmental oversight provided by the EU Commission and Court.  It is now a more far-ranging environmental measure, imposing requirements for a review of environmental governance and an environmental policy strategy.  The facts that the gaps have been filled, a potentially powerful watchdog created and environmental principles given legal status are all to be welcomed, as is the clearer framework for the future strategy and governance review.

Nevertheless, with an election due in May, it will be only after then that we are likely to see how far the current Scottish Government’s rhetoric on responding to the climate change and biodiversity crises will be carried forward and really drive future policies.  Similarly, the significance of the power to maintain alignment with the EU will become clearer only as the UK Government’s plans for any divergence from EU rules materialise and the UK internal market provisions come to be applied and their impact understood.  There are lots of loose ends in the EU-UK Trade and Cooperation Agreement, and even more in working out how the new relationships within and beyond will work.  The end of 2020 does not mean the end of Brexit as a key element in our political and legal life.

Colin T Reid is Professor of Environmental Law at the University of Dundee.  On Brexit matters he has given evidence to parliamentary committees at both Westminster and Holyrood and serves as adviser to one committee at Holyrood.