The Environment Act: Finally here but what comes next for UK environmental governance? 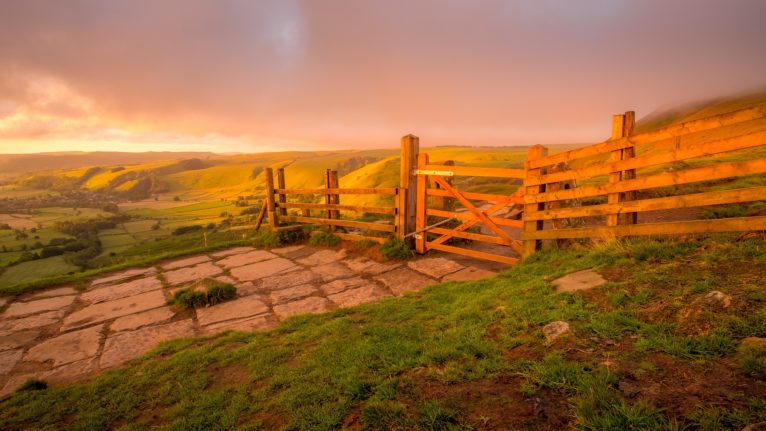 The Environment Act was adopted on 9 November 2021, almost 4 years to the day after the UK Government launched its consultation on “new environmental protections to deliver a Green Brexit”.  It has been a long journey and members of the Brexit and Environment (B&E) Team have been actively involved throughout. There is a palpable sense of relief that we have at last secured the adoption of the first major environment Act in the UK since 1995 and that it will go at least some way towards addressing the key issues we and others have raised.

Our first interventions on this issue came not long after the Brexit vote when members of the team were invited to the House of Lords to explain the implications of Brexit for the future of UK environment policy. This invitation was followed up by many more to different B&E associates to offer their expertise to legislatures and assemblies within the UK and to the European Parliament. From the early days there were a number of issues that we flagged that have remained key themes in the debates about the future ambition and design of the UK environmental policy.

One of the key contributions we made from the Referendum campaign onwards was the need to consider the EU’s role in environmental governance. Leaving the EU was not simply a matter of updating the UK’s statute books but required a rethink of the UK’s environmental governance system. These governance gaps could be far ranging – from policy planning to reporting, monitoring and indeed enforcement – and, as noted by Maria Lee and Liz Fisher, raised key concerns of accountability.

Andrea Leadsom as Secretary of State for the Environment was initially reluctant to consider the need for new governance arrangements. However, it was clear early on to the House of Lords that “Governmental self-regulation [would] not be an adequate substitute post-Brexit”.

With a new Secretary of State in mid-2017, Michael Gove, came new ambition and a new soundbite as the government rapidly committed to a Green Brexit. Following pressure from NGOs, parliamentarians and expert advice from scholars on potential governance gaps, Gove and Defra moved to establish a new environmental governance body for England and Northern Ireland, the Office for Environmental Protection (OEP).

The OEP was officially launched in November 2021. Whilst it goes some way towards addressing the potential governance gaps we identified, there are on-going concerns about its independence and ability to properly hold government to account. Meanwhile across the Scottish border, the OEP’s Hibernian counterpart, Environmental Standards Scotland, will as noted by Colin Reid be more independent, more powerful and with a broader scope.

Another key dimension of the potential post-Brexit environmental governance gap concerned the role and status of environmental principles. The EU treaties enshrine a range of principles (e.g. the precautionary, preventative, polluter pays and proximity principles) and also a formal commitment to protecting the environment.

There were concerns that as the UK left the EU the commitment to these principles and their role in shaping policy development and implementation would be lost. Early attempts to address the principles question came in the 2018 Environment (Governance and Principles) Bill, an early precursor to the current act. However, as noted Mary Dobbs and, Maria Lee and Eloise Scotford. the principles were to be relegated to a policy statement rather than having formal legal status within the act. Moreover, Ministers would only be required to ‘have regard to them’, a turn of phrase that effectively lowered their legal force and status compared to EU equivalents.

The final version of the Environment Act still relegates the principles to a policy statement, but has strengthened the amount of regard ministers must show to them, albeit with the still fairly weak formulation of having due regard. However, it does require the Secretary of State to be satisfied that the policy statement contributes to the improvement of environmental protection and sustainable development, which strengthened the Act compared to earlier iterations.

However, the devolved nations once again demonstrate how a different pathway could have been followed in England. Scottish ministers will have ‘due regard’ to the principles directly (no policy statement needed). As Ludivine Petetin explains, Wales is still developing its own approach, but the Welsh Government has accepted the recommendation that “there should be a duty on the Welsh Ministers to apply the principles in the development of policy and legislation rather than the publication of a policy statement on principles”. As for Northern Ireland, it will develop its own principles policy statement, which may differ from the English one.

Another key issue for the wider environmental policy community, was a concern about long term environmental policy ambition and the risk that a stable policy framework would be lost as politicians focused upon short term domestic electoral cycles.  Stakeholders were keen to have long term targets along with interim milestones to guide activity and to ensure polices were on track.

The Act requires the government to set long-term environmental improvement targets on air, water, nature and waste, with specific articles in the Act for particulate matter and species abundance. The first set of targets are expected by the end of 2022, and a consultation on the targets is due to be launched in early spring 2022. Here again, whilst the targets and the commitment to progression are welcome, the government has refused to set more ambitious air quality targets in line with WHO guidance.

Whilst the Act has been greeted with relief and pleasure by all those working on it not least the peerless Ruth Chambers from Greener UK, the hard work starts now to monitor and scrutinise the extent to which the Act and its counterparts in the devolved nations are working. There are on-going concerns and challenges. Despite the best efforts of the House of Lords and the environmental movement, the OEP remains relatively weak and lacks full independence. The Act includes a requirement for environmental improvement but the details of what that means and the scale at which improvement will be measured has yet to be provided.

Finally, passing the Act after 685 days is a major, if belated, step towards the (still pretty hazy) ‘Green Brexit’ end goal. Yet while the Act may be a necessary component to achieve such a Green Brexit, it is not on its own, be sufficient. A ‘Green Brexit’, by definition, includes looking beyond England. As such the Act, even though it does include central provisions for Northern Ireland, can only be part of the puzzle. Profound questions remain on how the new environmental governance provisions across the four administrations (OEP, ESS and the as yet to be built Welsh approach) will interact and diverge Questions also remain on how the Act will coexist with other UK government Brexit legislation – the Agriculture Act and the new pilots, the Internal Market Act still driving tensions between the four administrations – as well as how the targets in the Act would fare if the UK were indeed to set aside retained EU law.

Whilst the government would have us believe that Brexit is done, Green Brexit is far from delivered and if anything is only just begun.